Skip to main content
You are the owner of this article.
Edit Article Add New Article
You have permission to edit this article.
Edit
HOME
EZ Read
NEWS
SPORTS
LIVING
CLASSIFIEDS
BUSINESS/COUPONS
VIDEO
OPINIONS
OBITUARIES
1 of 8 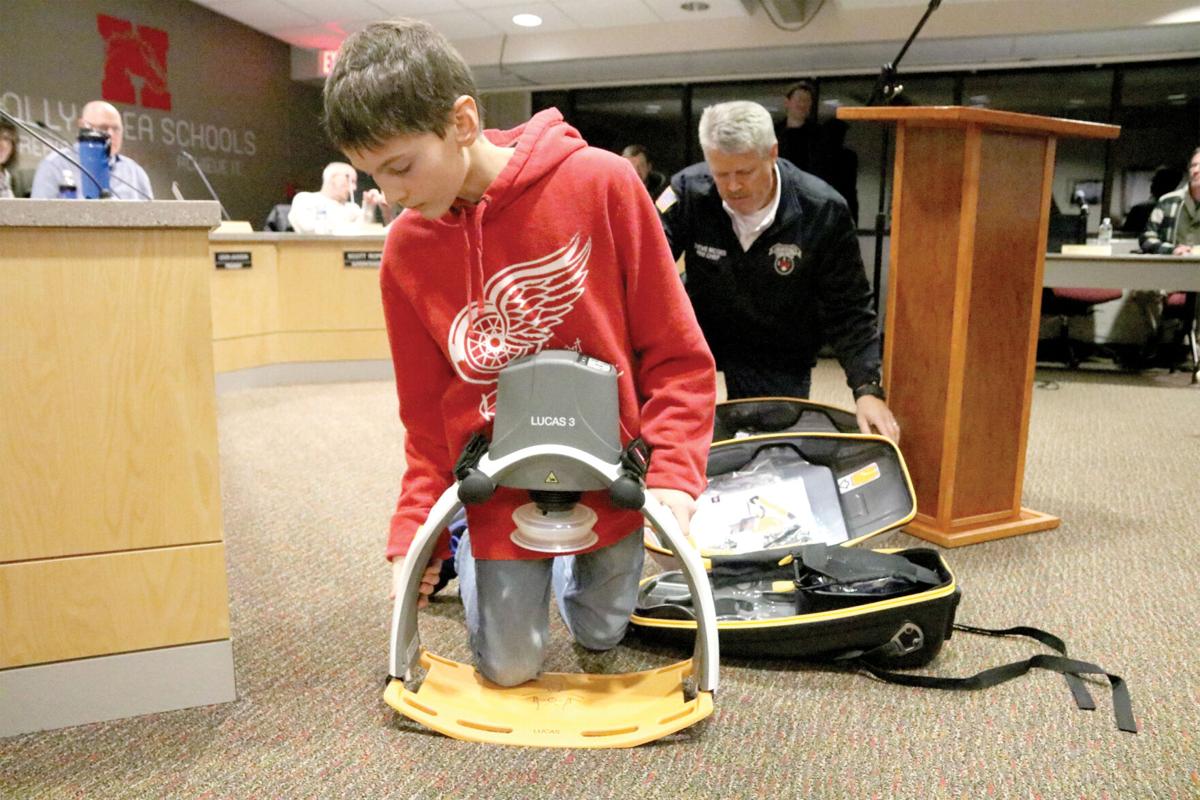 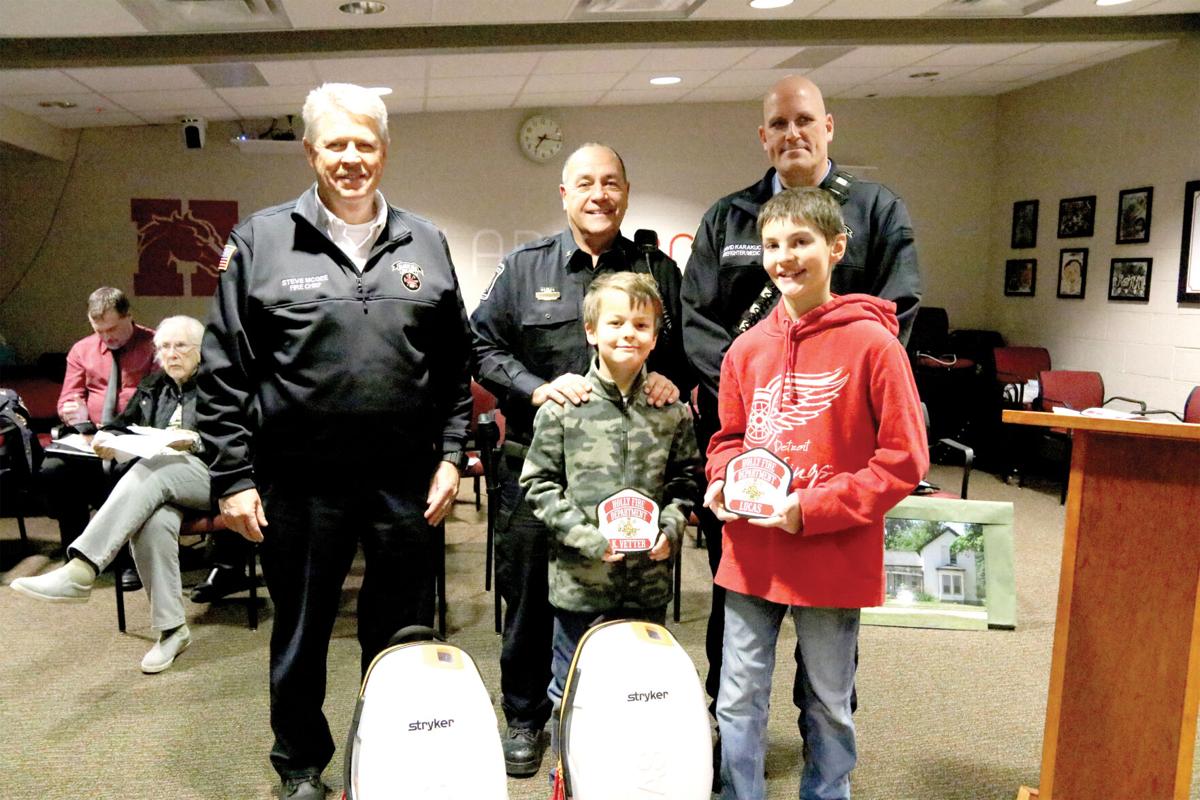 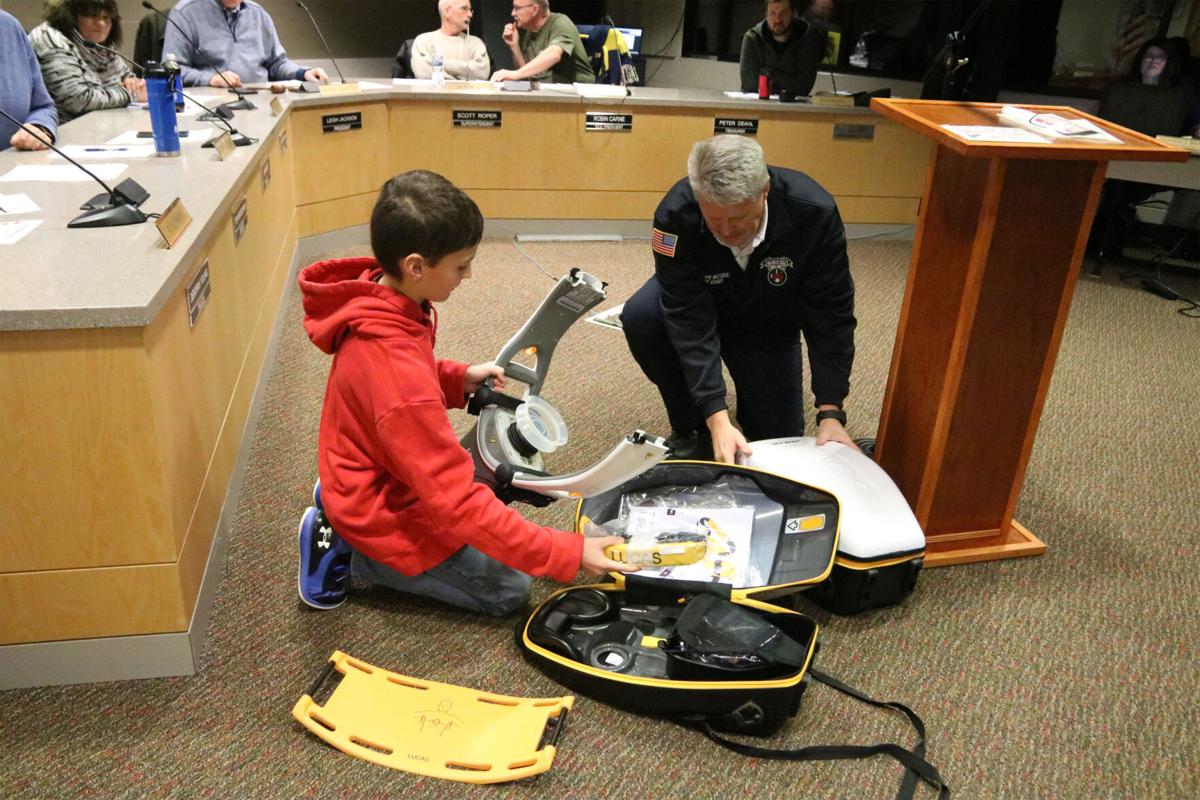 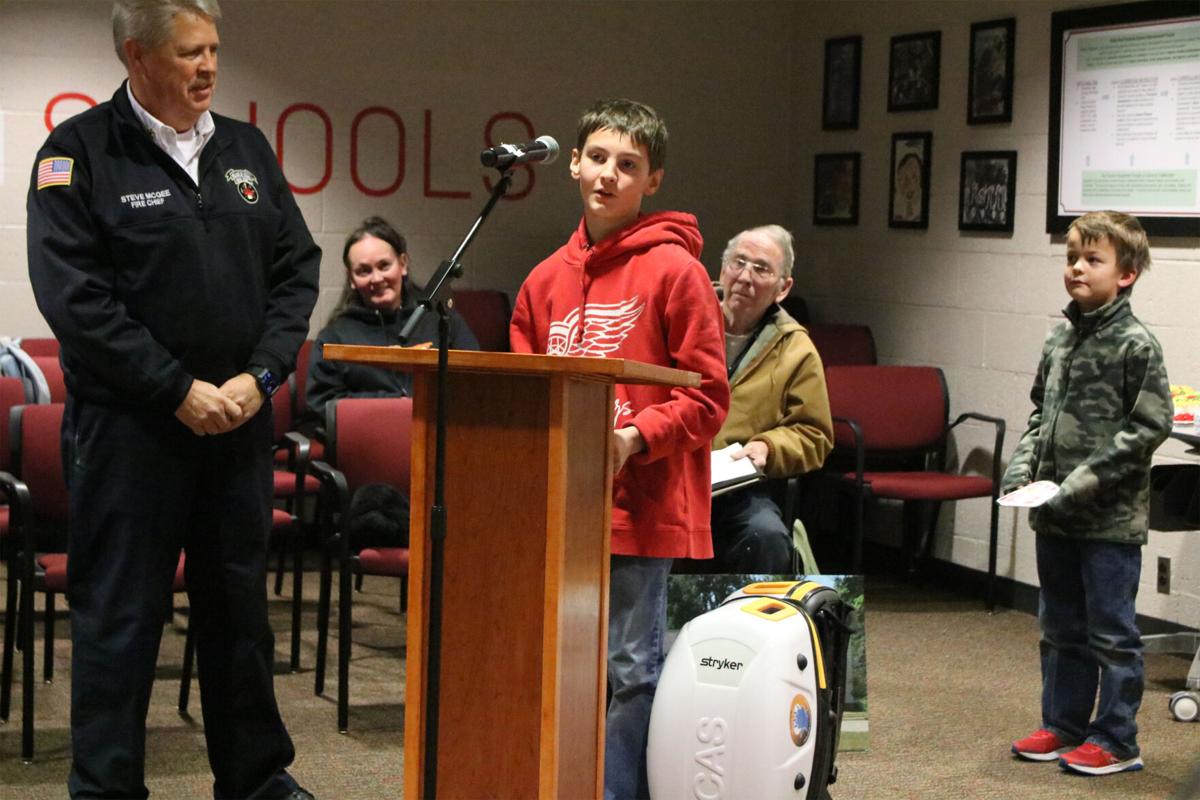 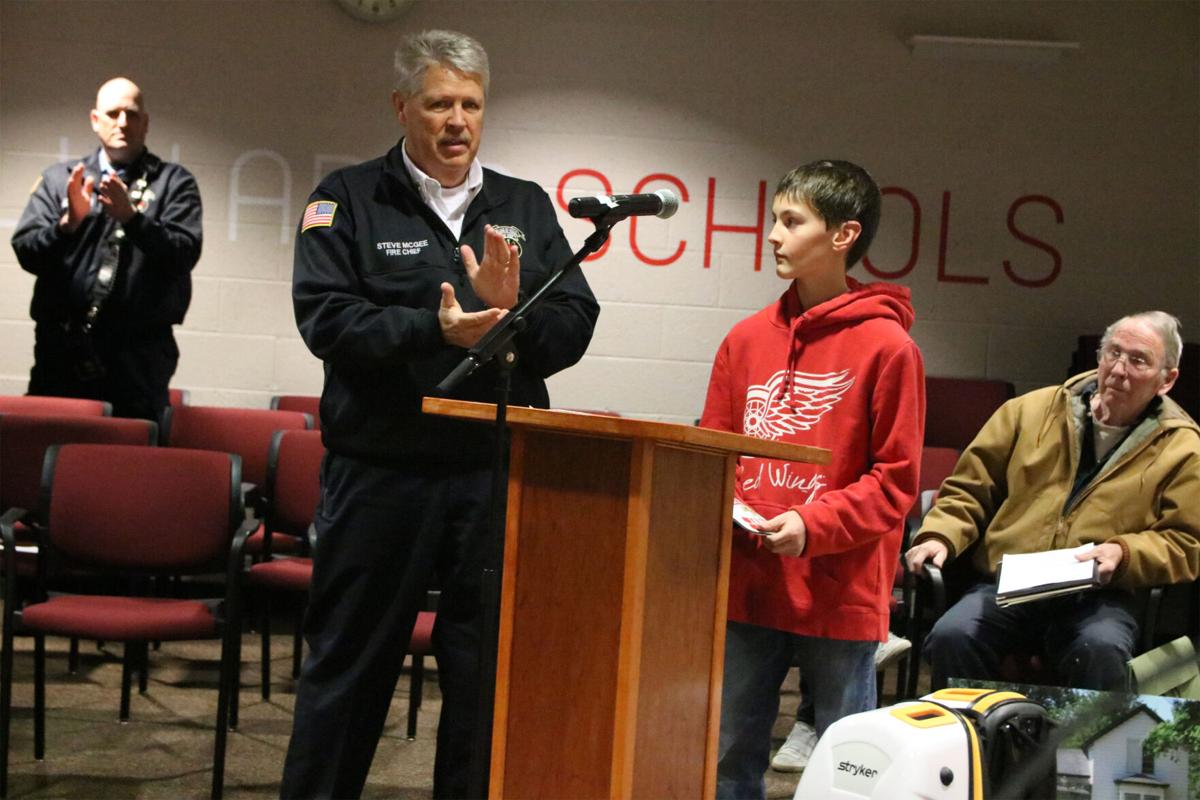 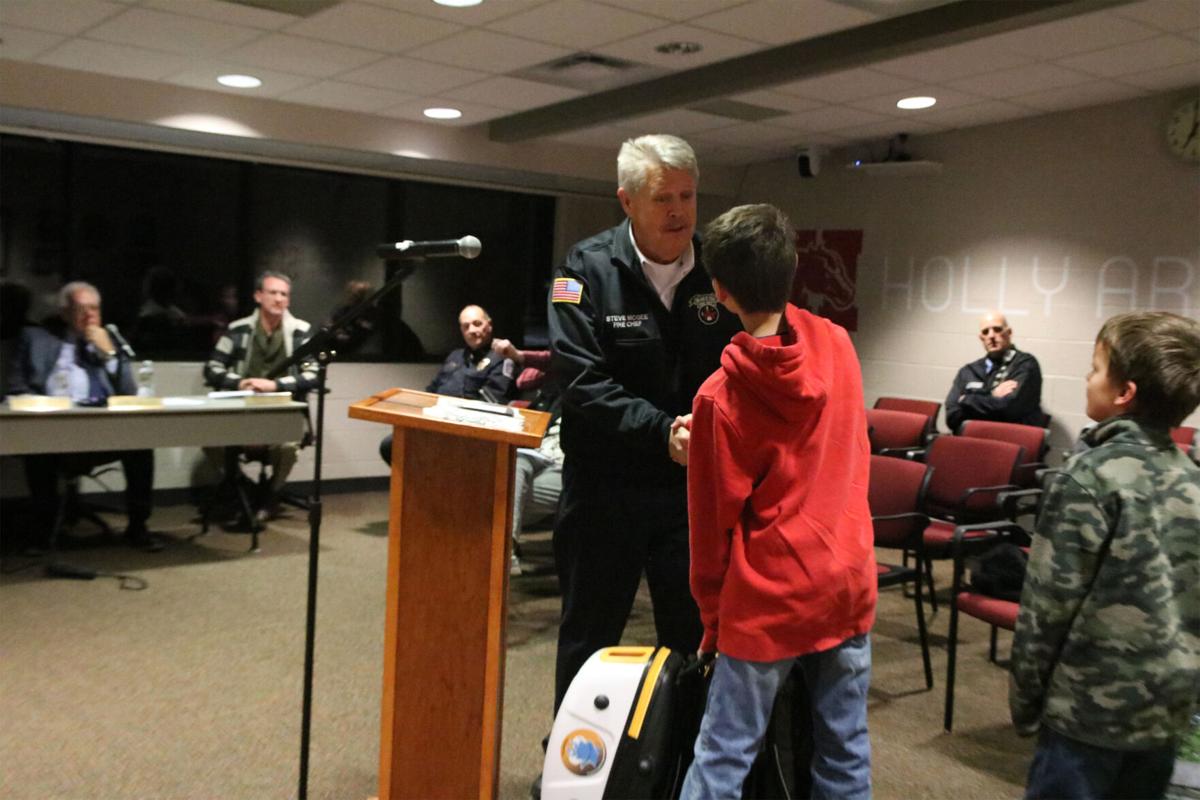 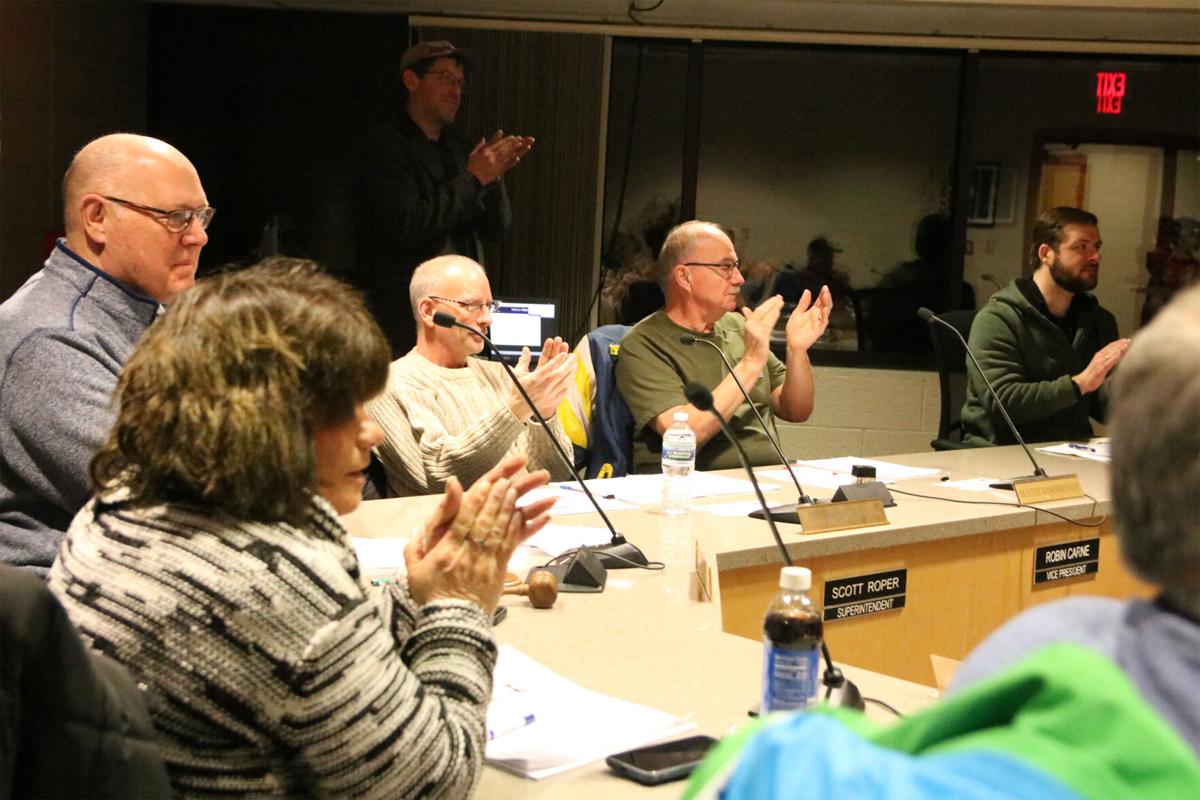 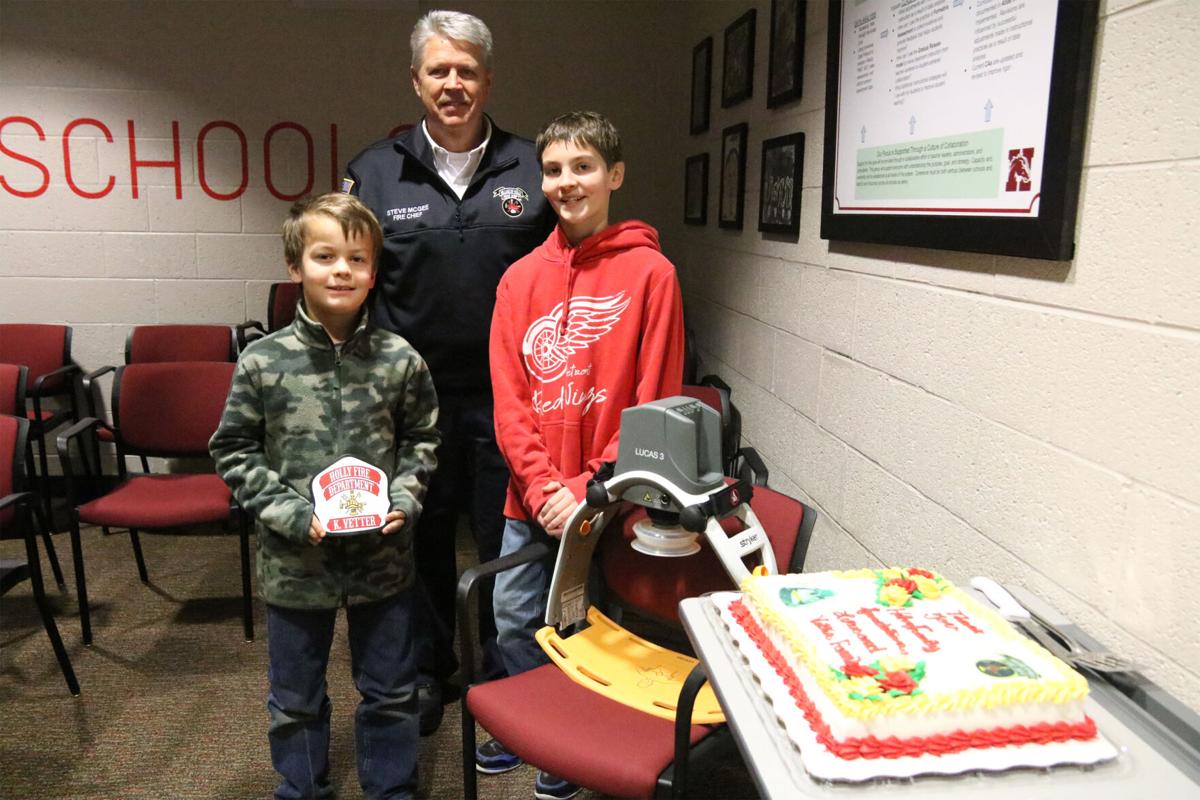 Holly — Holly Village Fire Chief Steve McGee knew the Vetter family from Holly planned on donating two CPR devices to the department. However, he had no idea the family would deliver them on Tuesday, Jan. 11 at the Holly Village Council meeting.

“This is a great night for us,” McGee said. “They’ll go into service soon. This was really a community endeavor. We’re so fortunate.”

A Lund University Cardiopulmonary Assist System (LUCAS) device costs anywhere from $16,000 to $17,000. First responders use this equipment by strapping it around someone’s chest when they are in cardiac arrest. It delivers automatic chest compressions, which leaves the first responders available to respond to other medical needs.

Lucas Vetter, 12, who attends Holly Academy, opened one of the cases and assembled the device at the meeting.

“To everyone who came to the bowling alley and everyone who donated, I just want to give a very, very big thank you. These really save many, many lives,” he said.

The Vetter family started fundraising for this equipment after Lucas visited the Howell Area Fire Department when he was 9 and first saw the CPR devices. They created a nonprofit and organized fundraisers, all to help aid fire departments. They’ve donated approximately 10 devices so far.

Before talking with Holly officials, Lucas’s mother, Kerry, said they had been focused on Livingston County. The family, which used to live in Brighton, donated a LUCAS device to every fire department in the county that needed one. The family has raised more than $112,000 to date for the program.

The new Holly LUCAS devices are the first they donated to departments in Oakland County. Multiple fire departments have requested help, and Vetter said they’re looking forward to expanding their reach.

The funds to buy the two devices for the Holly Village Fire Department came from a bowling night fundraiser.

McGee commended the Vetter family and everyone who participated in the fundraiser. He gave Lucas and his brother plates that go on the front of firefighter’s helmets with the Holly Village Fire Department logo.

The fire department brought a cake to celebrate at the Tuesday, Jan. 11 meeting.

Fire departments seeking a device and people wishing to donate can contact Vetter at vetterfamilyorg@gmail.com  and/or 248-767-0511.

Keep up to date with the nonprofit by following the Lucas for LUCAS Facebook page.

Fire departments across the nation are fundraising to buy these devices. In August 2021, Fenton City Council approved the purchase of one for the Fenton Fire Department.

This past December, the Linden City Council approved buying a LUCAS device for the Linden Fire Department, which had already fundraised approximately $4,500.

“This device is needed to better perform CPR on patients, which will work at a constant rhythm for effectiveness and allow our staff to do other things when a patient is in need,” said Fire Chief Brian Will in December. “We have found that we are on scene longer doing CPR due to the ongoing shortage of ambulances in the county and their delayed responses from time to time to our city.”