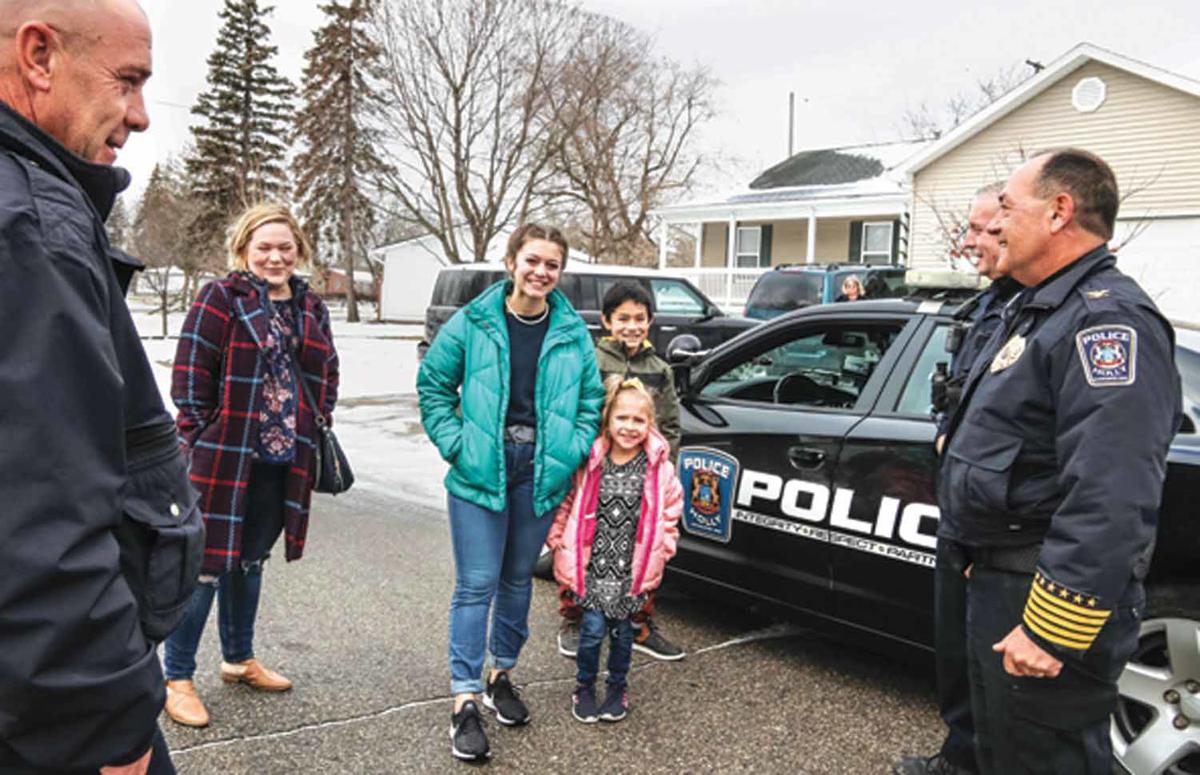 Cecelia Velazquez stands with her family and members from the Holly Police Department, minutes before they gave her a police escort to Holly High School in honor of her joining the U.S. Air Force. 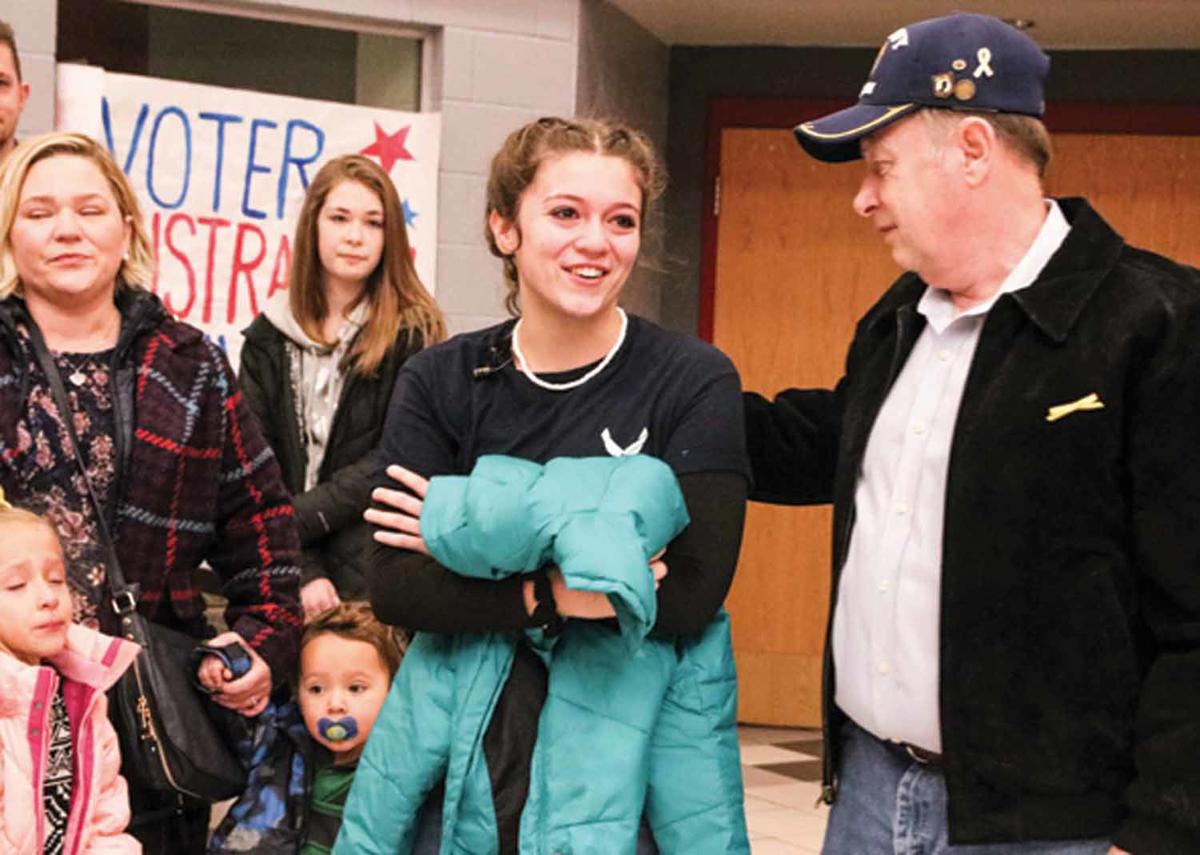 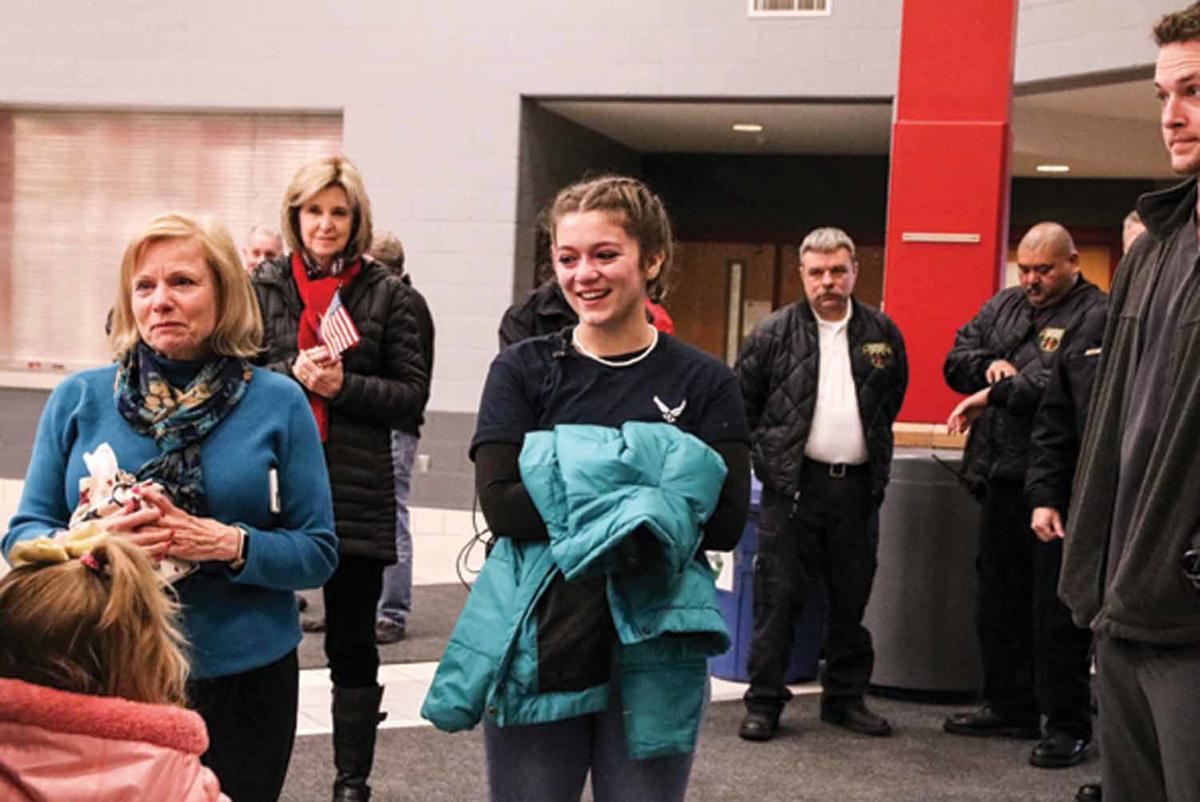 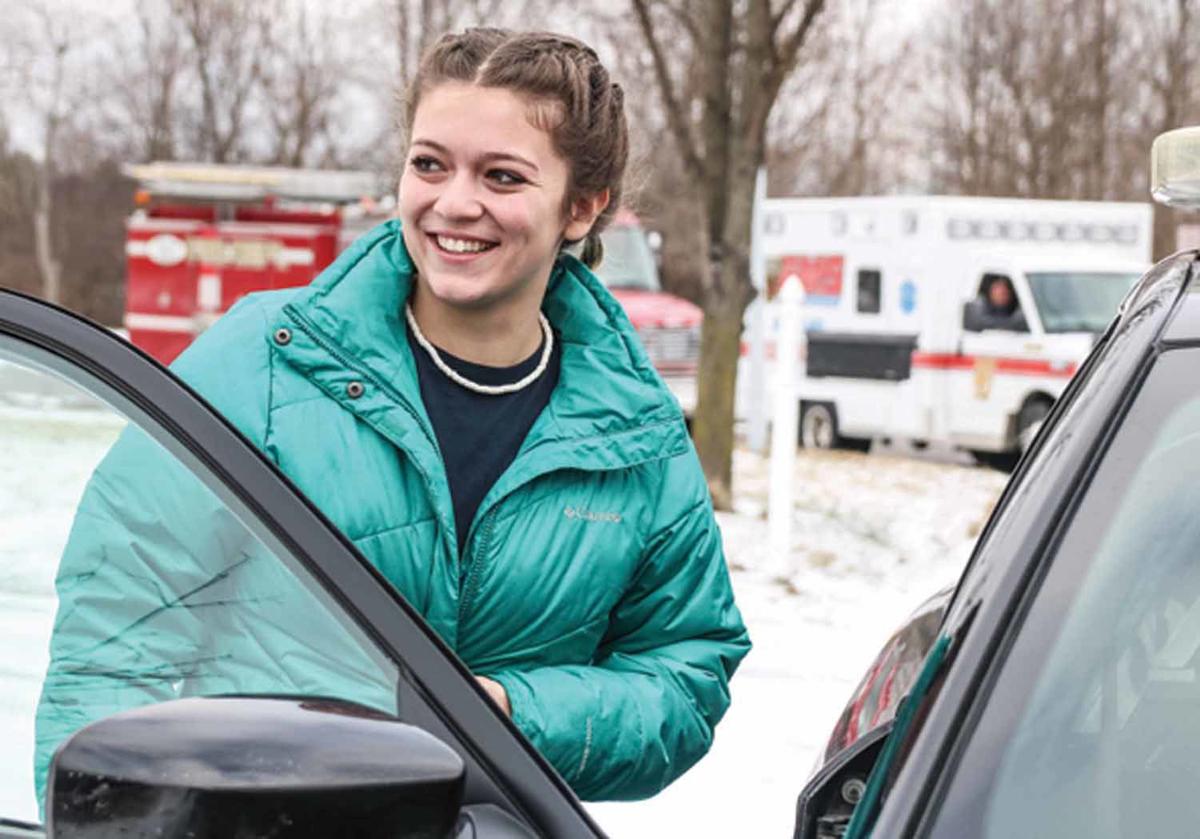 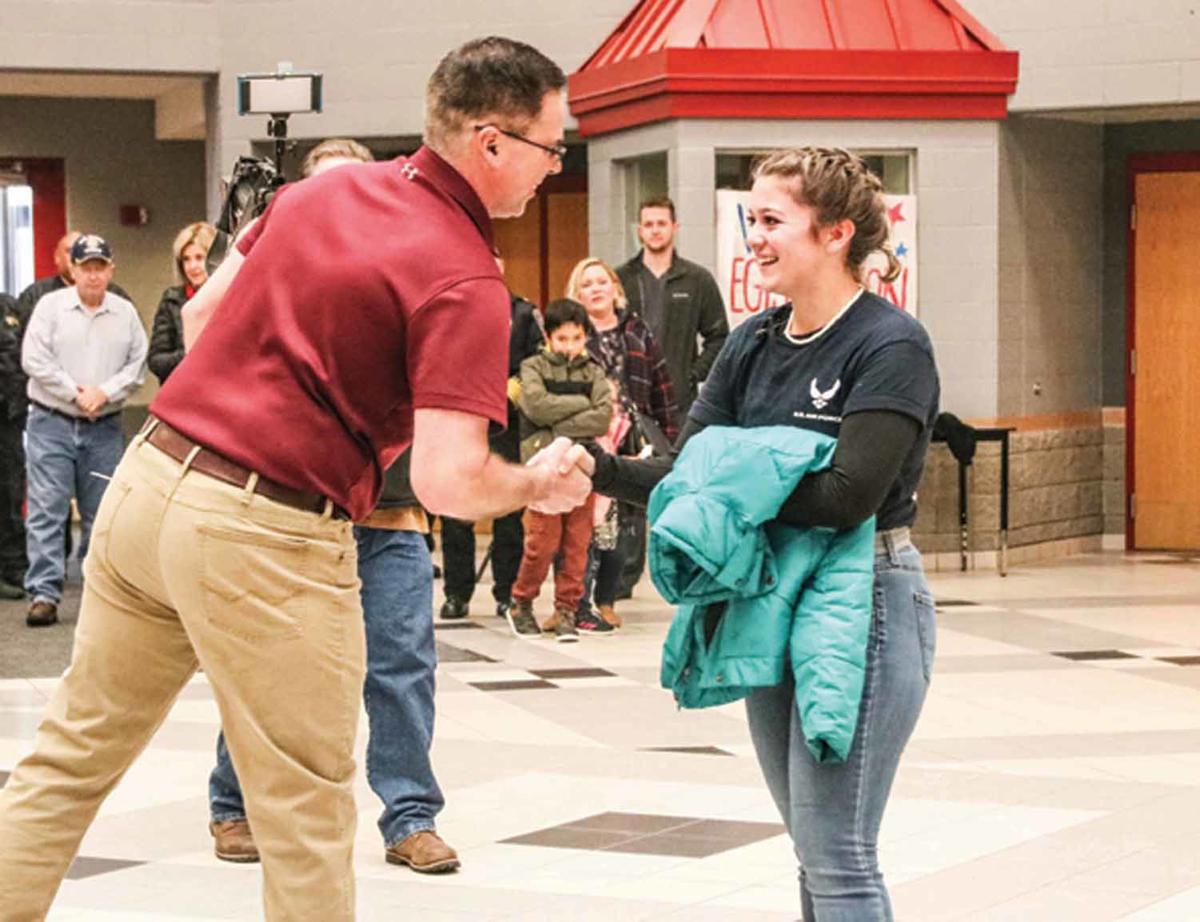 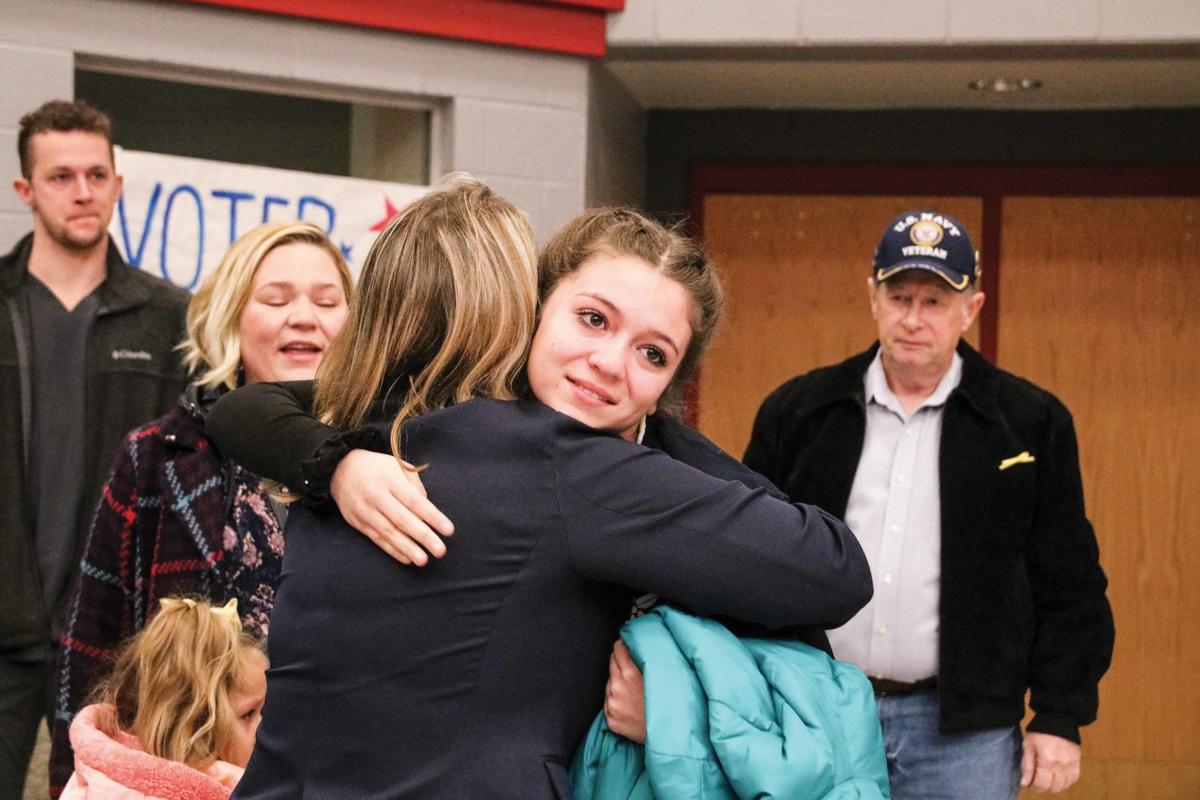 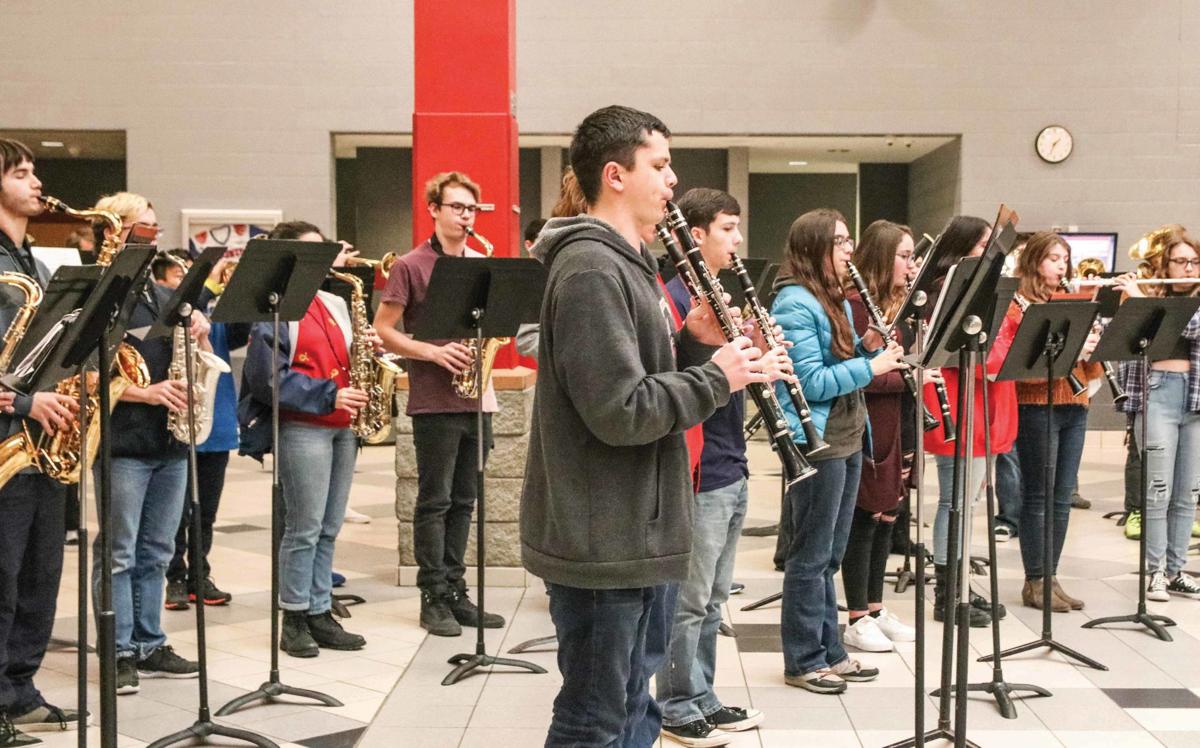 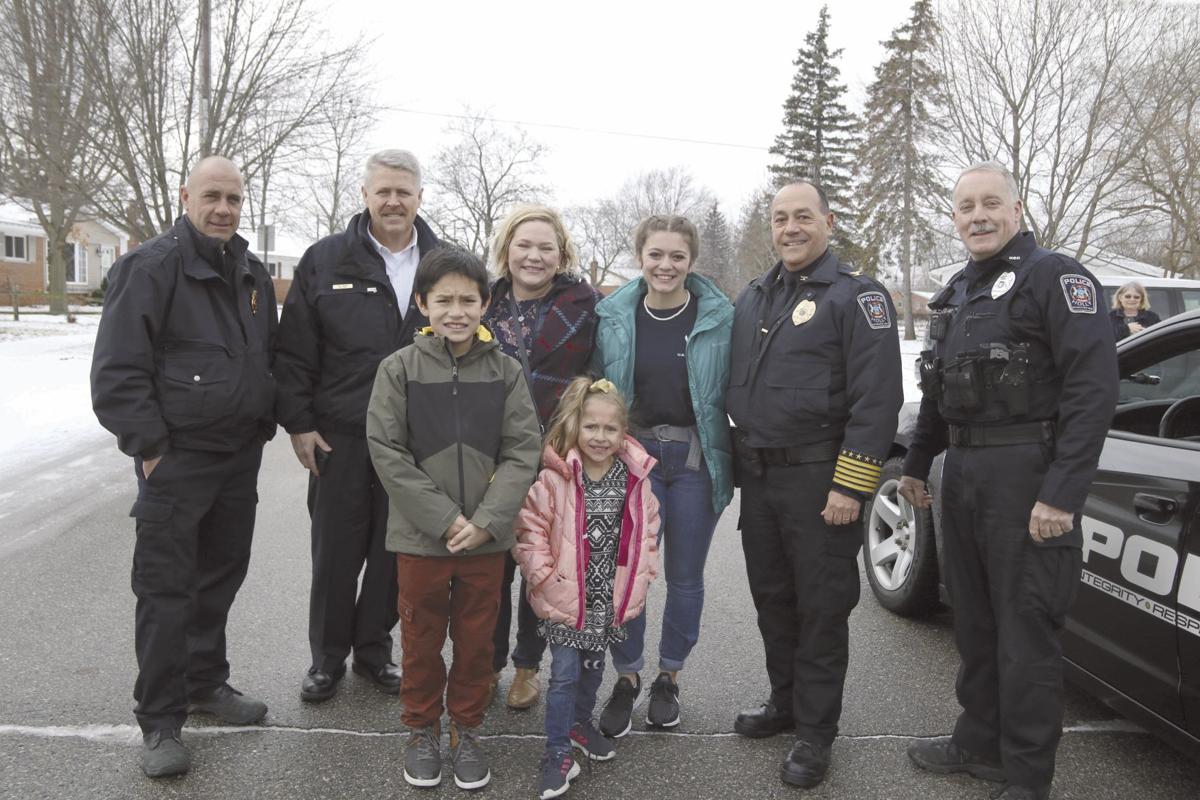 Cecelia Velazquez stands with her family and members from the Holly Police Department, minutes before they gave her a police escort to Holly High School in honor of her joining the U.S. Air Force.

Holly — A 19-year-old Holly schools graduate received a lot of “Hometown Support” on Monday, Jan. 13 before she left for the U.S. Air Force Basic Training the following morning.

Cecelia Velazquez and her family were escorted by the Holly police and fire departments and EMS to Holly High School where the marching band and choir played tribute songs in honor of her joining the military. The event turned emotional while the choir sang the national anthem and when the band played the U.S. Air Force song.

It was organized by the Holly Area Veterans Resource Center as part of its “Hometown Support for All on Active Duty” program.

“We want to help young people like her,” said James Golden, a Vietnam veteran and volunteer for the Holly Area Resource Center who started “Hometown Support.” “She’s just dear to my heart because she’s like the poster child for this. We wanted to make a big send-off for her to go to Air Force Boot Camp.”

Velazquez will spend eight-and-a-half weeks in San Antonio, Texas for training. She’s the first in her family to join any branch of the military.

“I never had a dream job that I wanted, and to be spending a whole bunch of money going to college just didn’t seem worth it,” she said. “I have an idea that I might want to make it (the Air Force) a career.”

She said it seems like the perfect lifestyle for her.

“It’s very structured. You’re also very independent at the same time. I like that there are education benefits. If I want to study something else on the side, I could,” she said.

Her parents were “mostly” okay with it, but it was a shock when she told them.

“One teacher of mine that I’m pretty close with was in the Army,” Velazquez said. “She was kind of surprised, but they’re all very excited. Even my friends are excited that I get to do this. They’re a little sad that I’m leaving but they’re excited for me that I get to go off and do what I want.”

After training, she’ll go to tech school in Mississippi, which is a month long. Velazquez will study how to do her job and then she’ll report to her first station, where she’ll get more hands-on education.

Velazquez’s mother, Shannon Hernandez-Cruz, said, “I just feel blessed and humbled. It’s just incredible. It’s overwhelming. We’re so thankful for everything they’ve done. It was a lot more than I expected.”

The idea for “Hometown Support” started when Golden met Velazquez and asked what she was doing after high school. She said she planned to join the Air Force.

“I said, ‘I’m so proud of you,’” Golden said. “Whenever you go into a business or a factory, wherever you’re going to be employed at, they will teach you what they want you to do for them. But what they cannot teach you, Cecelia, is discipline and respect. I said, ‘the military will teach you that.’”

The Holly Area Veterans Resource Center maintains the ribbon tree at Holly Elementary School, which showcases yellow ribbons for each local person serving in the military. The ribbon stays on the tree the entire time the person is in the service. When they leave, the ribbon is cut off and given to the military member or their family.

Velazquez’s yellow ribbon will go on the tree soon. She’s the first woman and the 36th ribbon. She’s also the first person to be receive a “Hometown Support” send-off.

Golden plans to do this for everyone local leaving to serve, and he hopes these kinds of events become more popular nationwide.