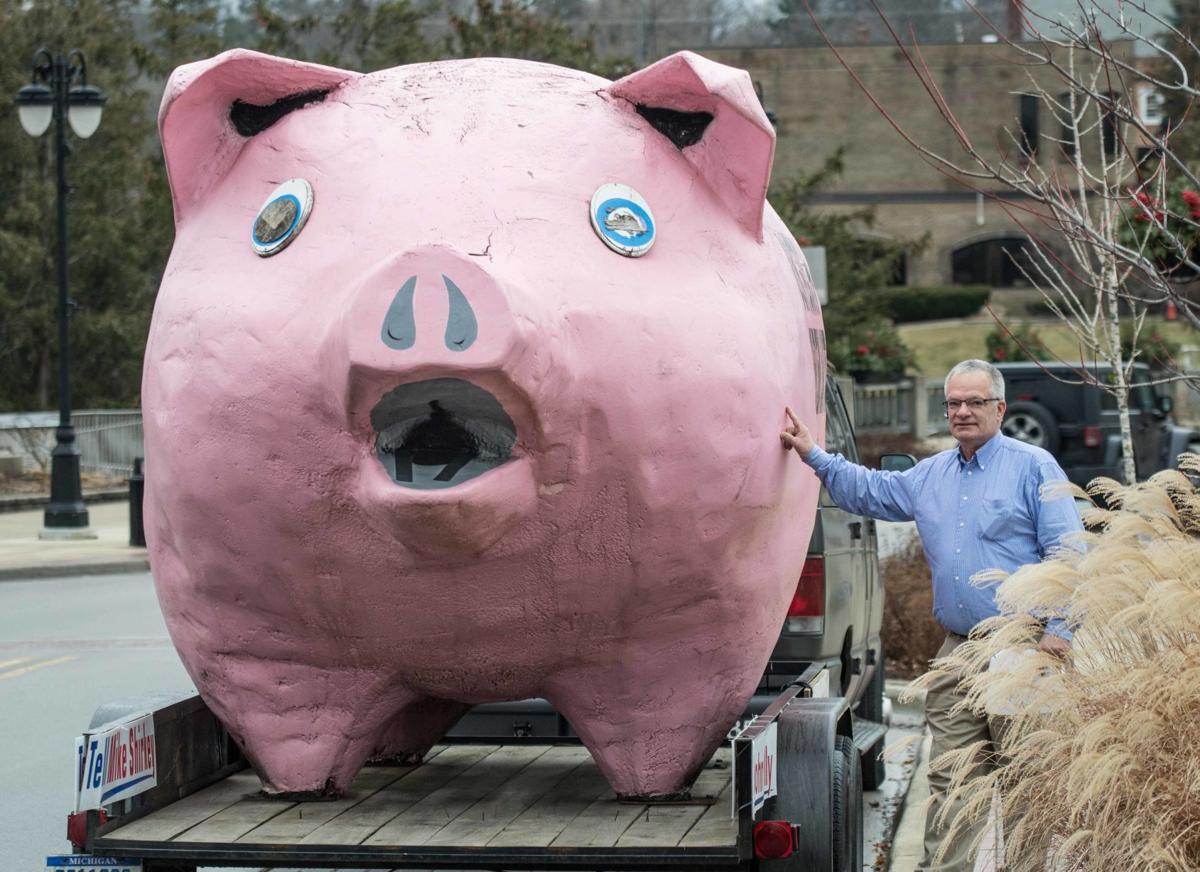 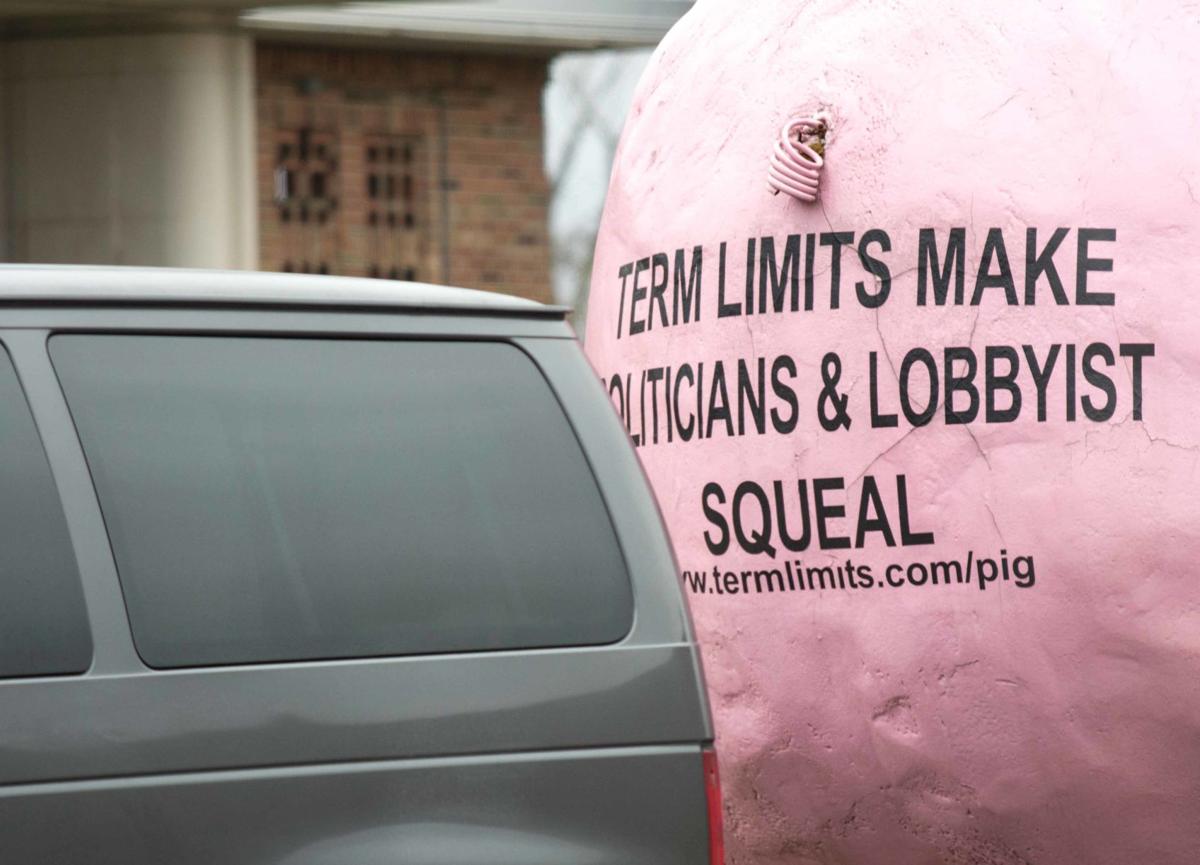 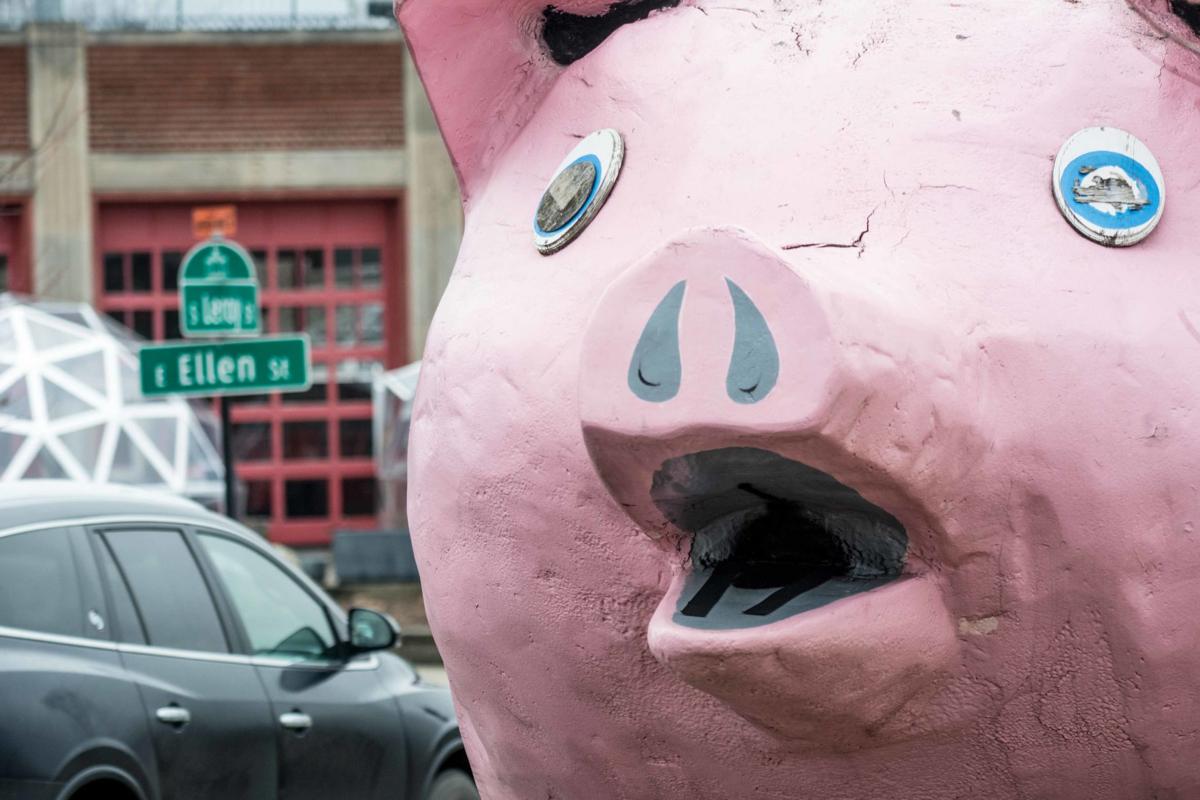 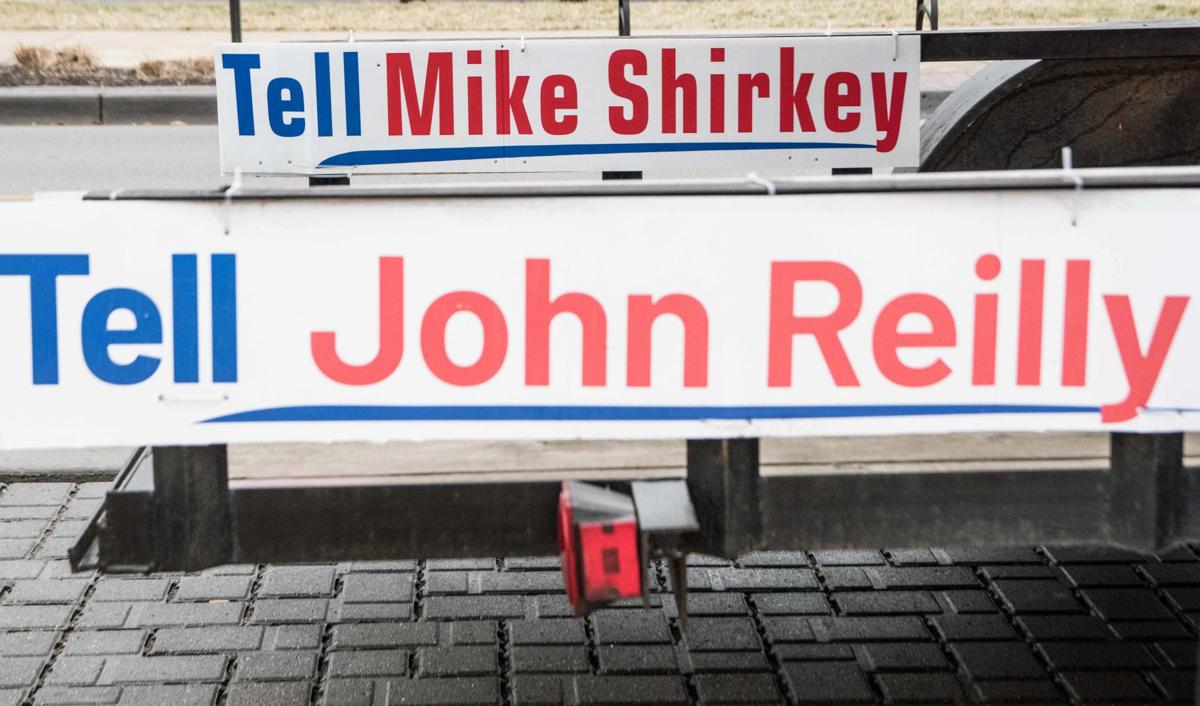 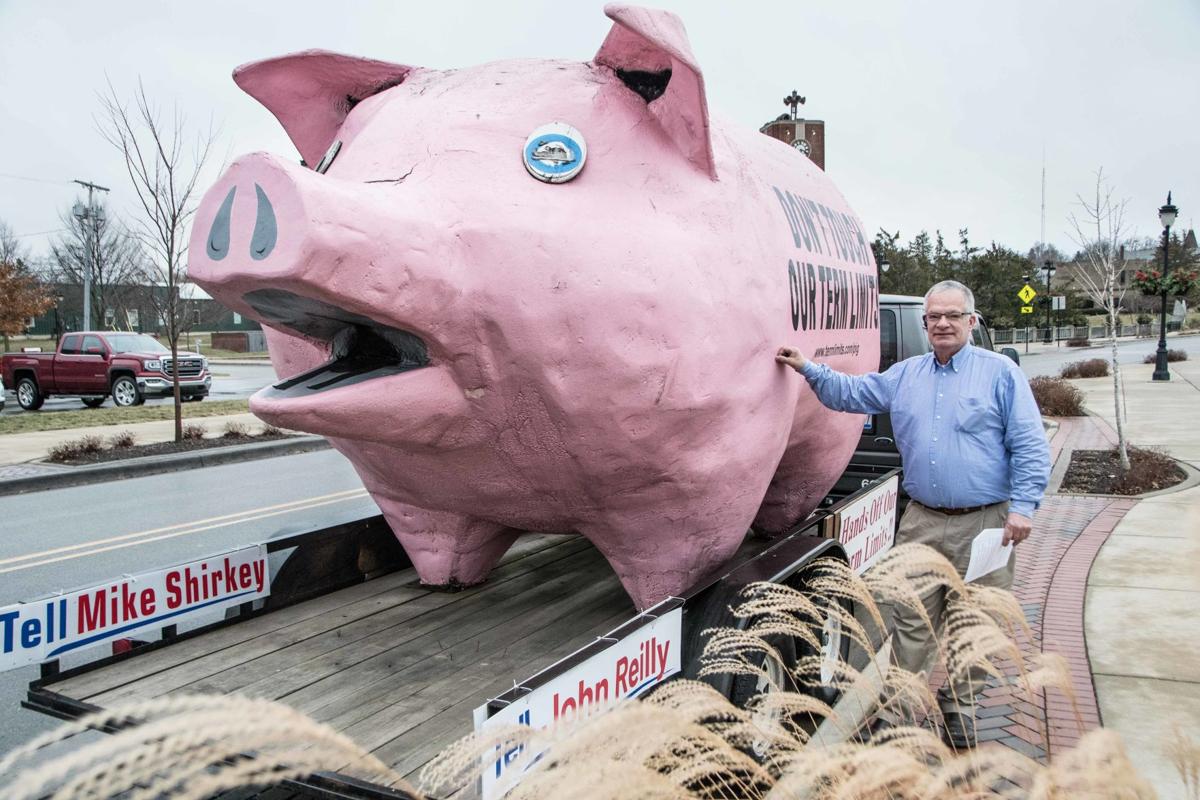 Fenton — At 9 a.m., Friday, Jan 10, downtown visitors were treated to the sight of an 800-pound steel and foam hog parked on a trailer on N. LeRoy Street.

Other signs specifically called out legislators Mike Shirkey and John Reilly. Shirkey is the Senate Majority Leader who according to Bridge Magazine calls term-limit laws a failure.

He said 75 percent of Michigan residents like the limits where they are, based on a Pulse of America survey. “It’s not the voters that are coming up with all that stuff, it’s the politicians and lobbyists which is very self-serving,” Tillman said.

Recently, a bipartisan panel of former legislators acting through an attorney asked a federal just to strike down the voter-approved limitations as unconstitutional, according to Michigan Radio.

There’s no action on this issue currently.

Tillman and his hog also traveled to Auburn Hills, Pontiac and Novi.