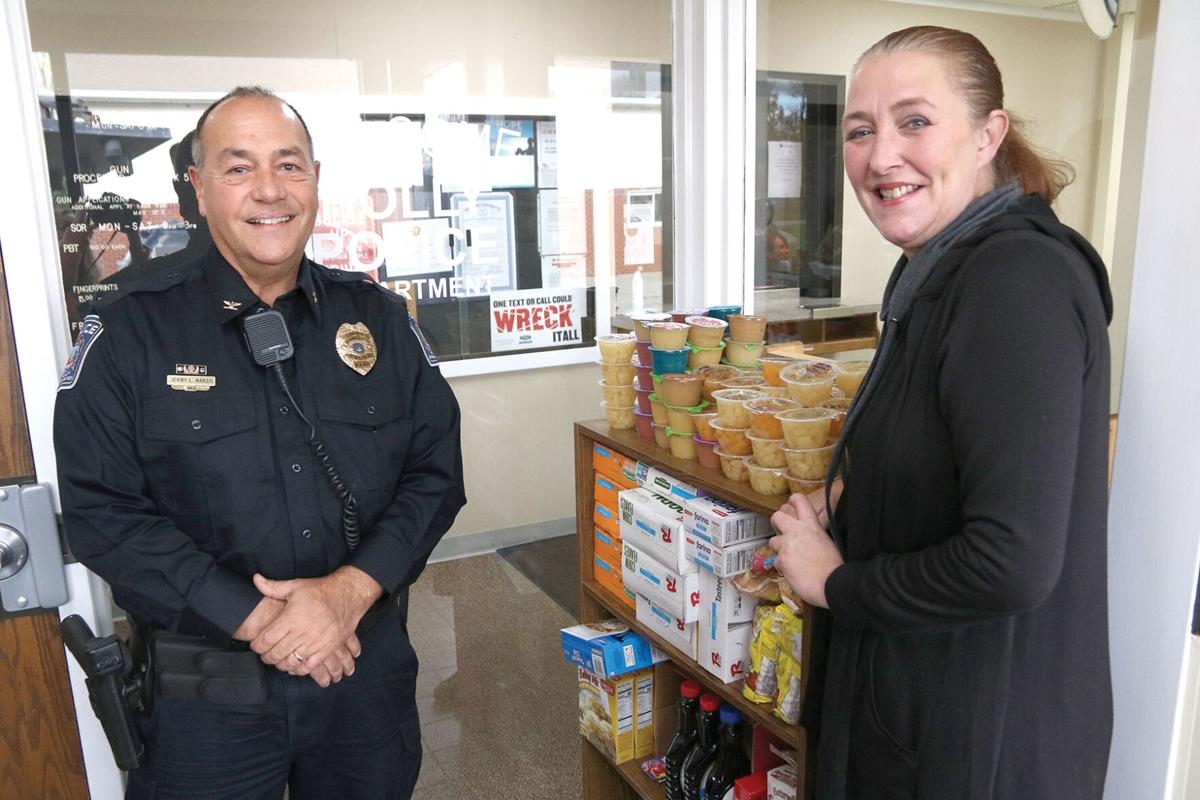 Holly Police Chief Jerry Narsh (left) was supportive when Officer Bob Goedertier suggested they start a food pantry at the station during the pandemic. Heather Melton (right) heard about it and immediately wanted to help. 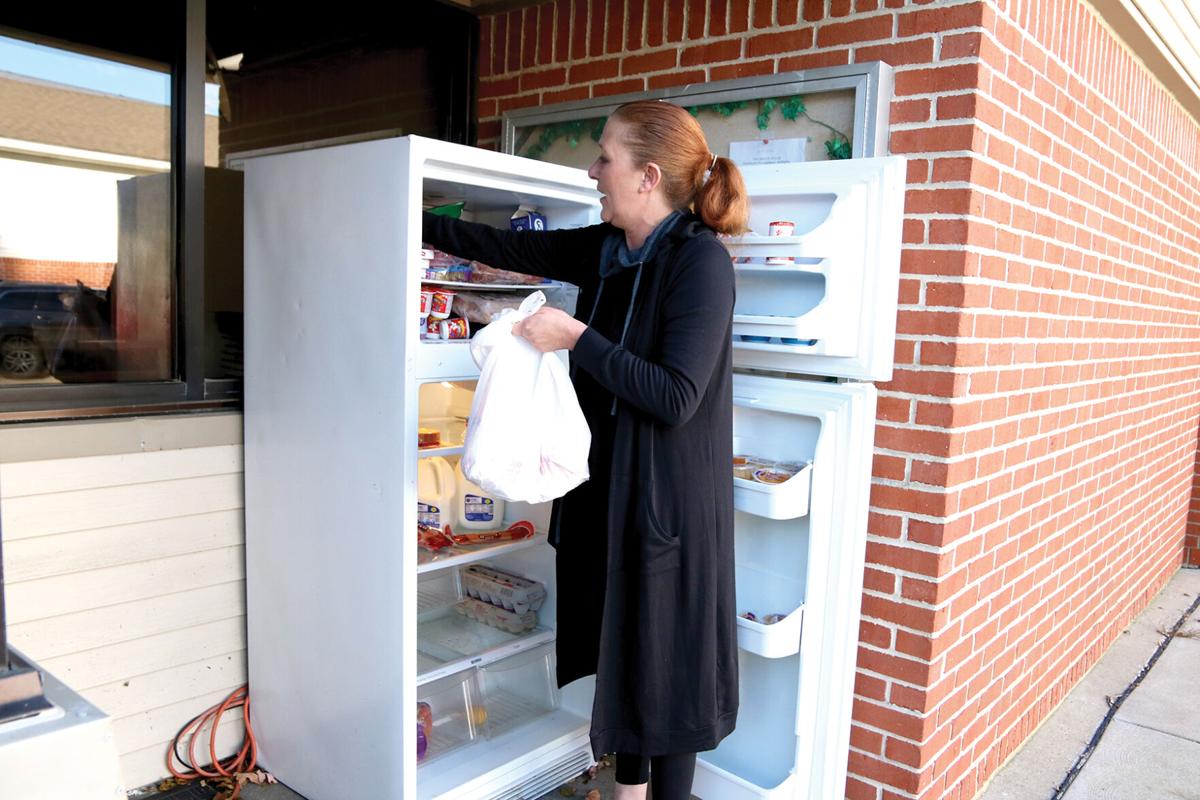 Heather Melton stocked the refrigerator Monday, Nov. 1 with food. Donations can be dropped off at the Holly Police Department. Melton can be contacted through Facebook. 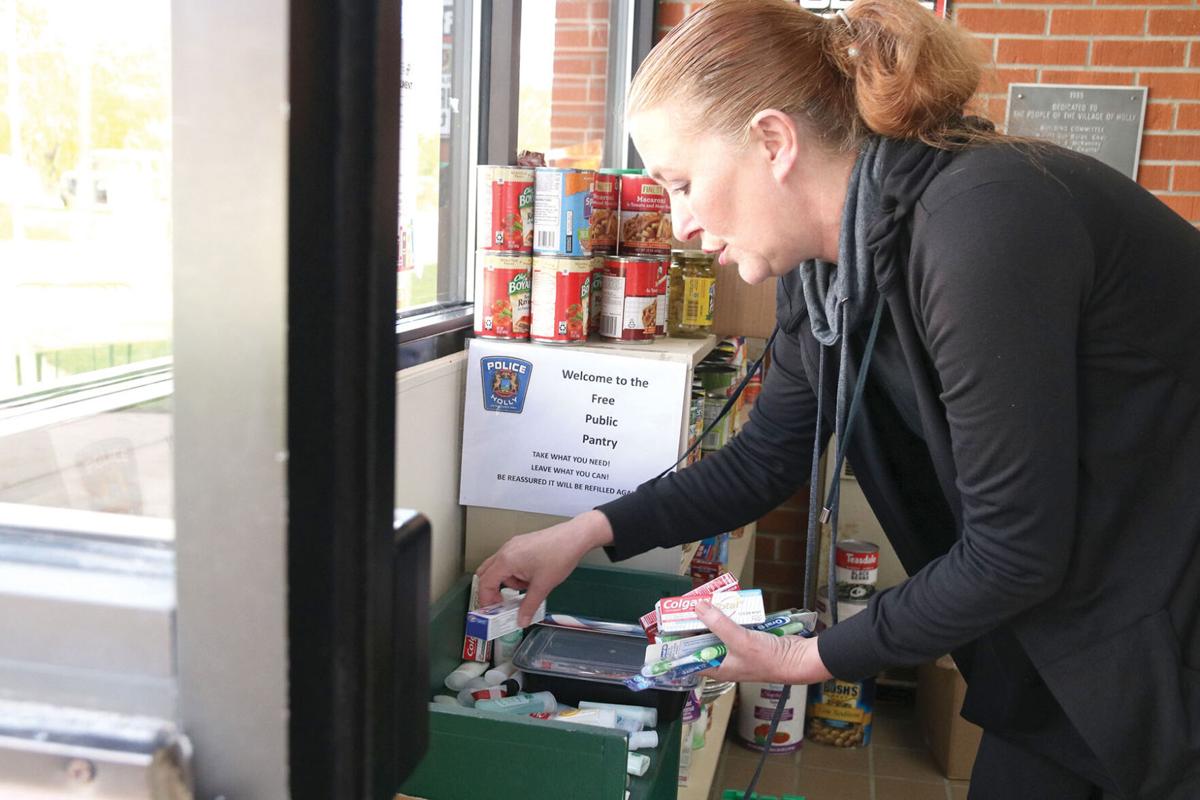 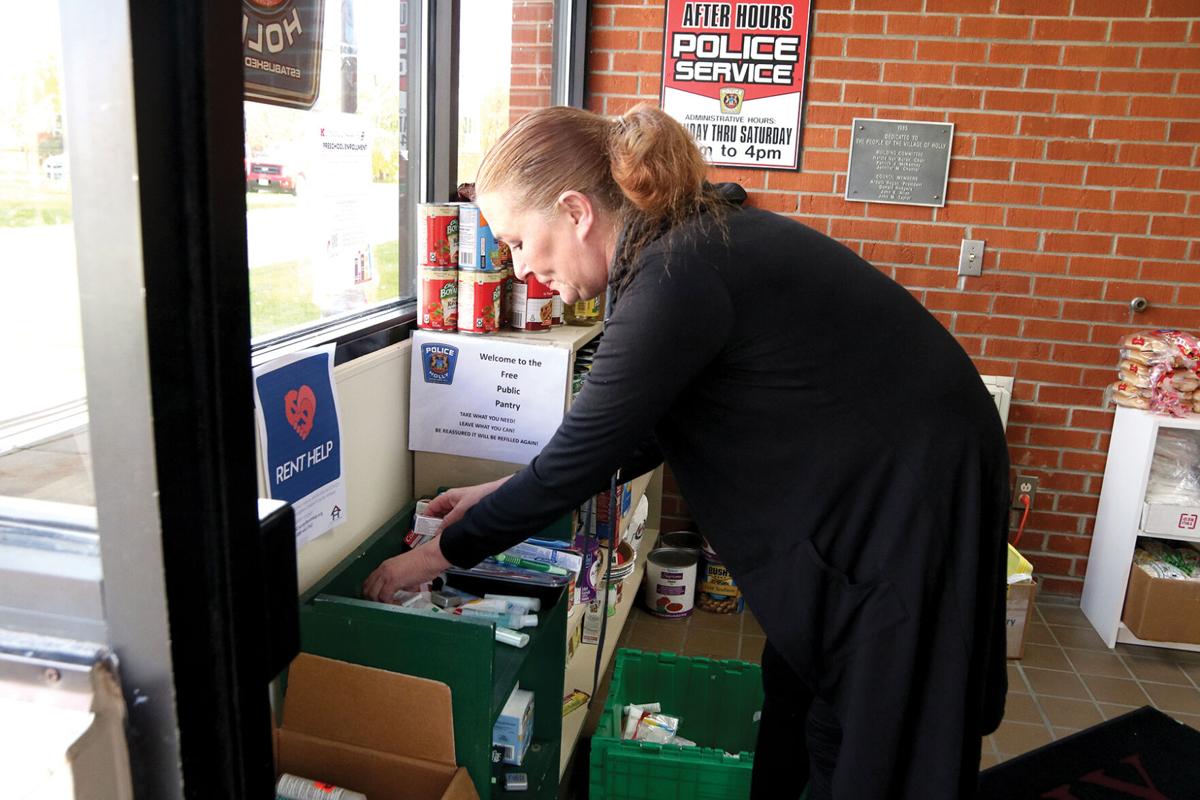 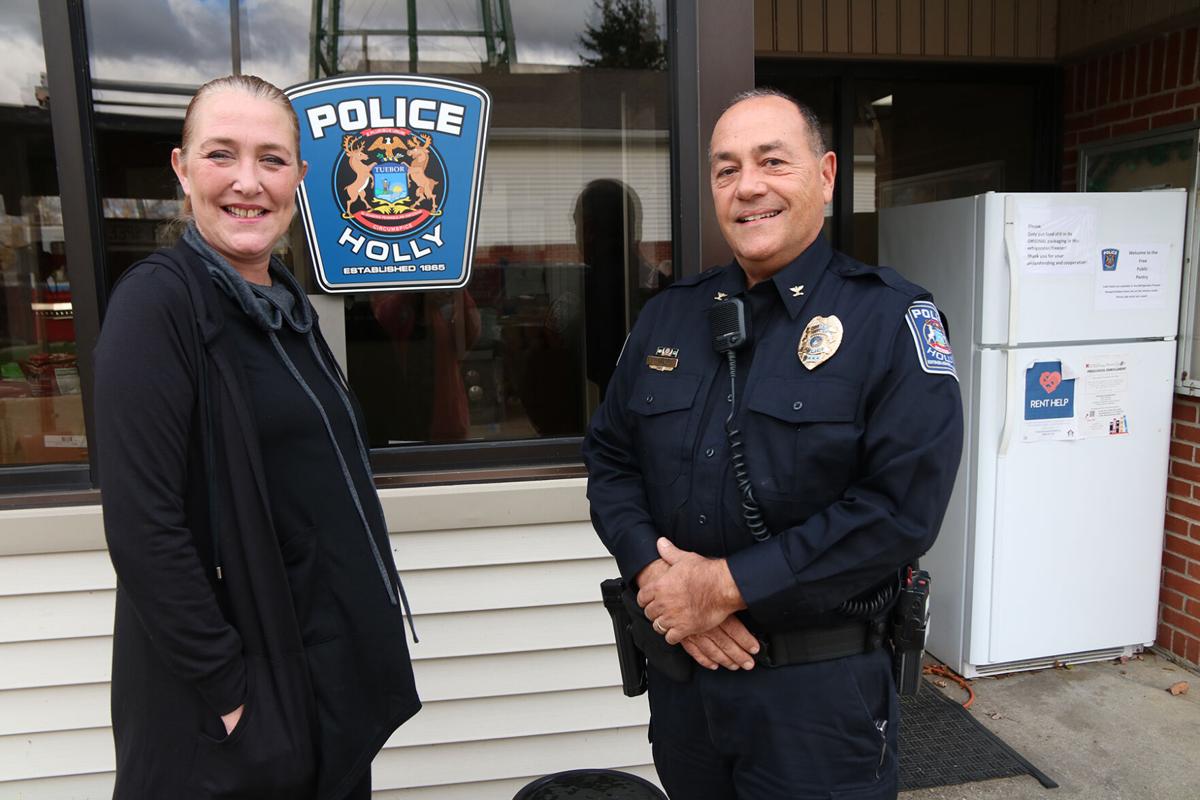 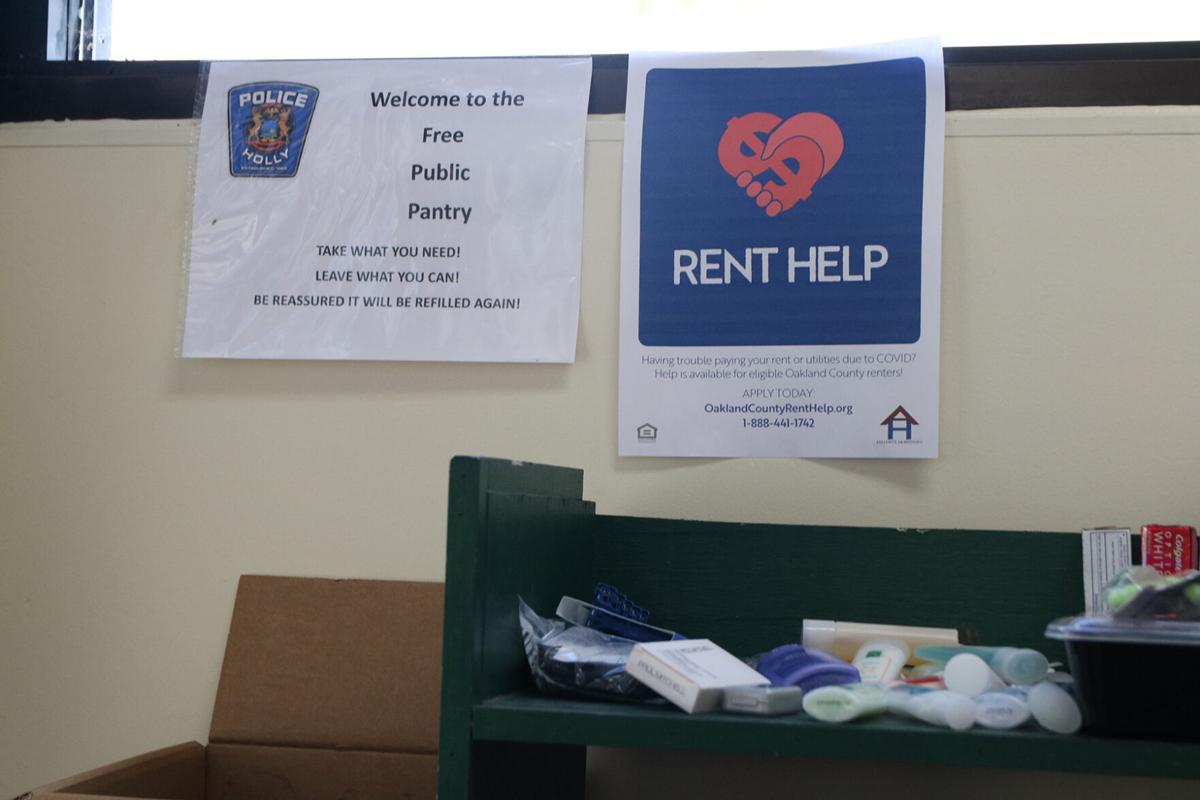 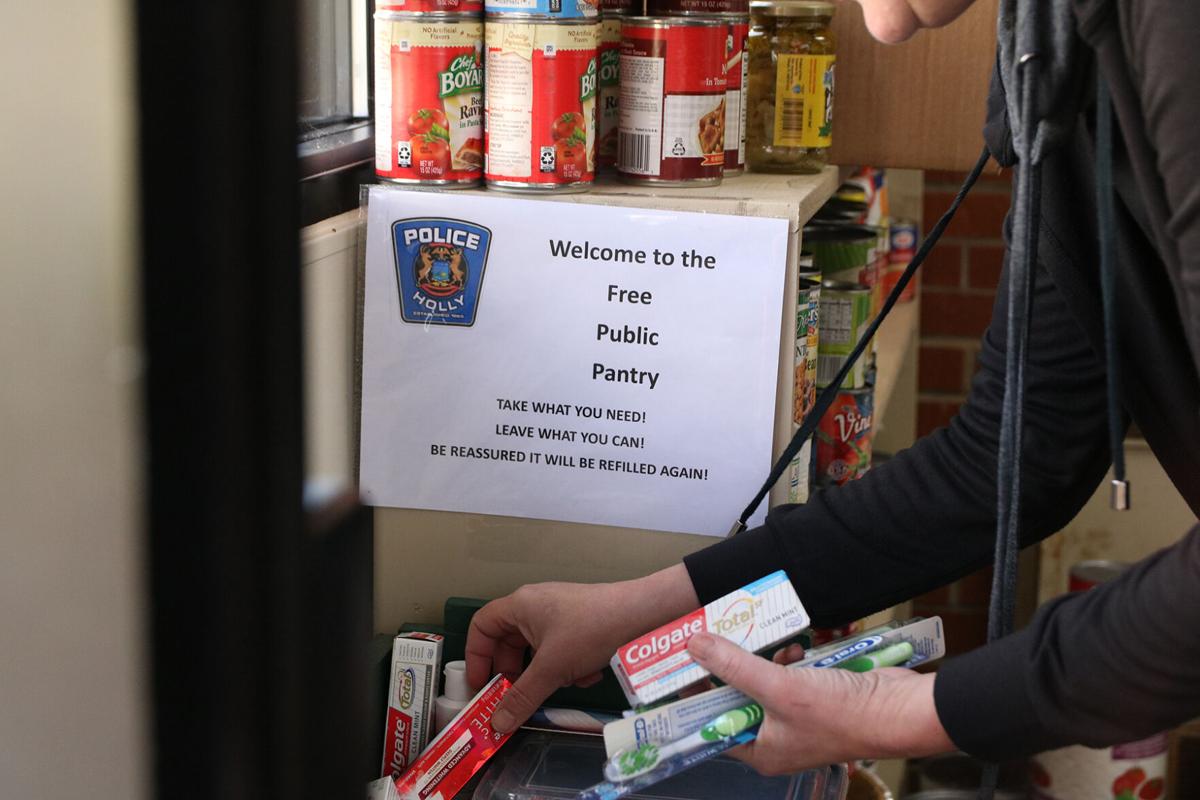 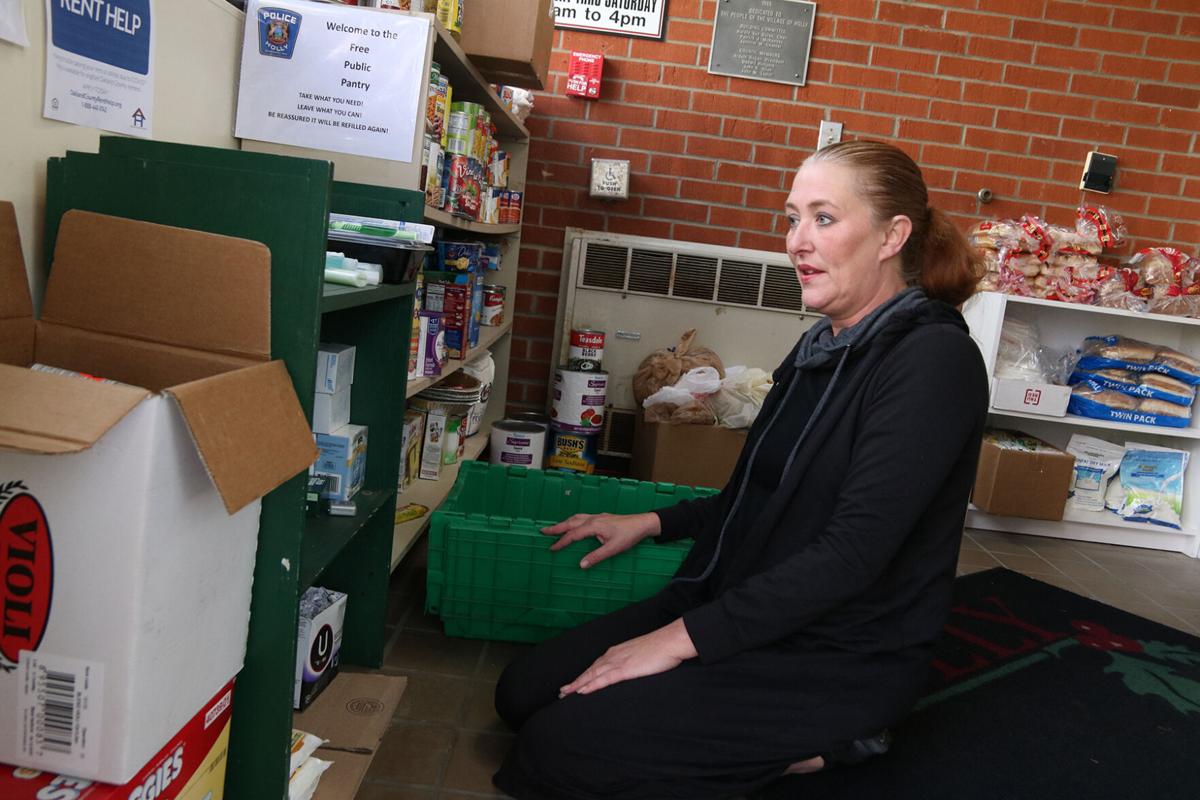 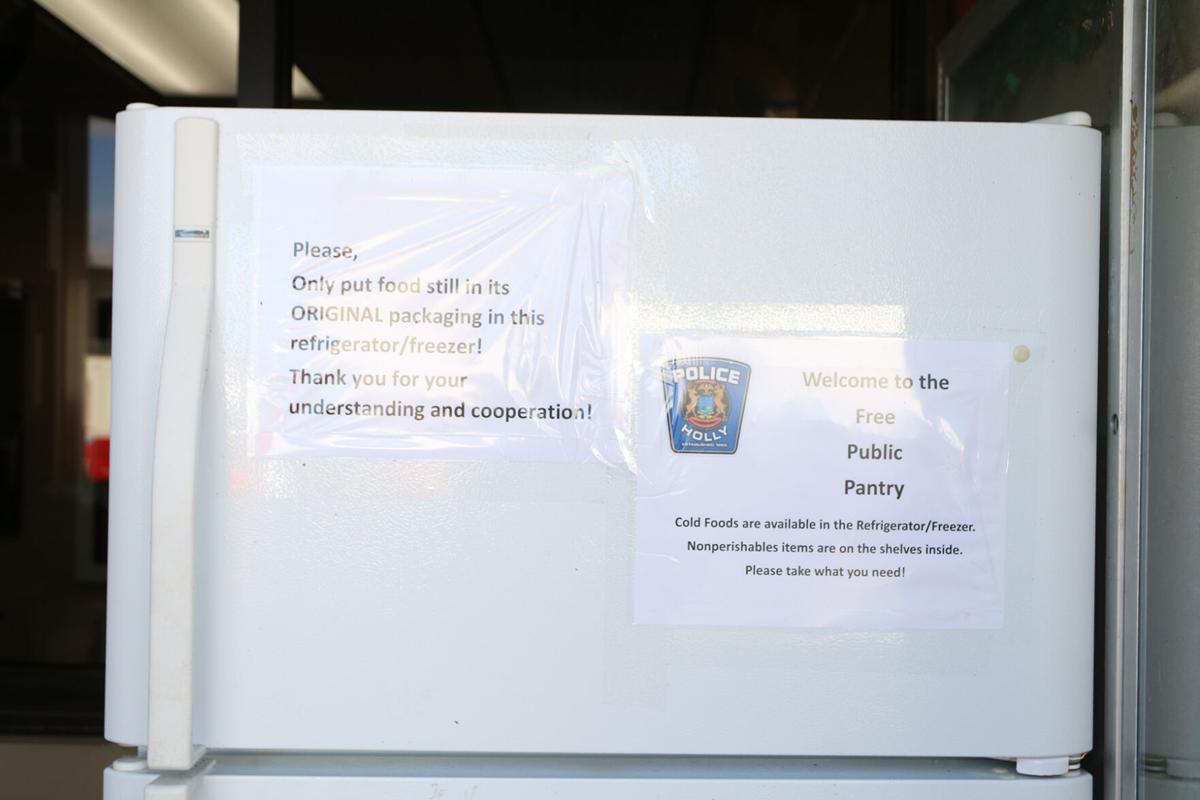 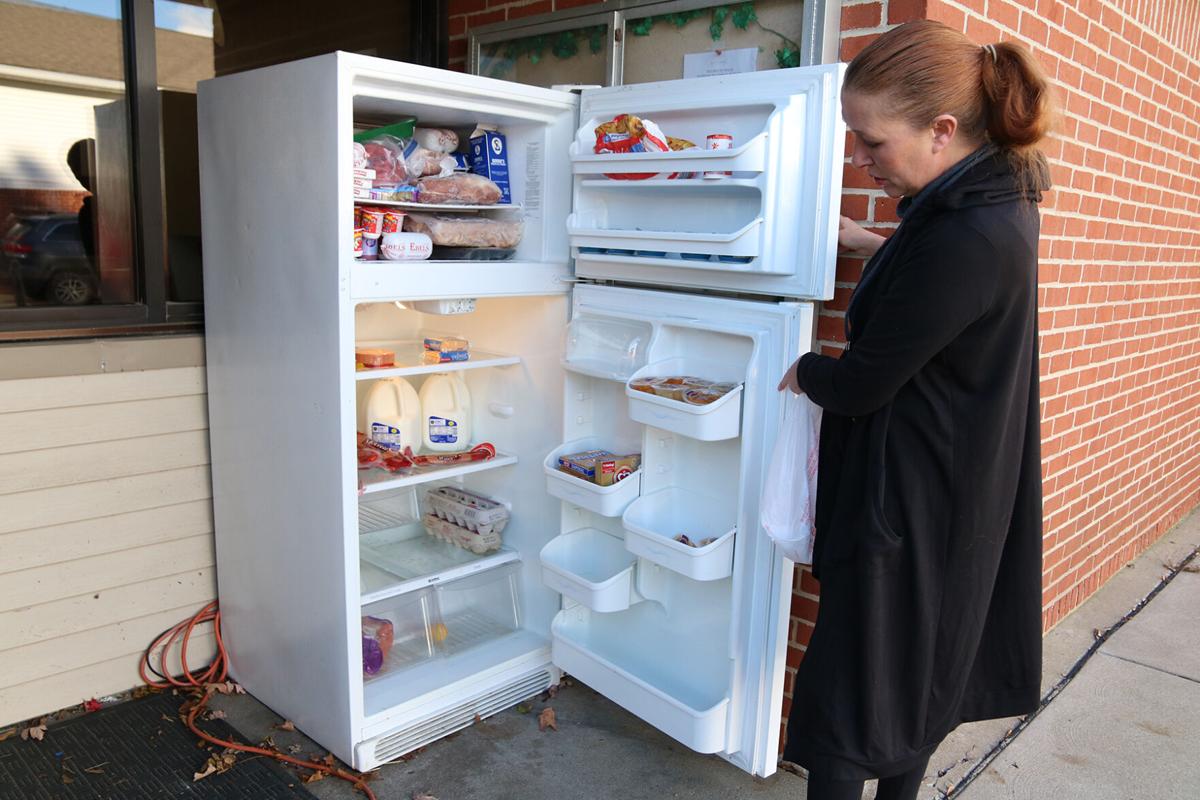 Holly Police Chief Jerry Narsh (left) was supportive when Officer Bob Goedertier suggested they start a food pantry at the station during the pandemic. Heather Melton (right) heard about it and immediately wanted to help.

Heather Melton stocked the refrigerator Monday, Nov. 1 with food. Donations can be dropped off at the Holly Police Department. Melton can be contacted through Facebook.

“All of us have had a moment in time where we needed just a little help,” said Heather Melton, Holly High School graduate who posted on Facebook in late October that the pantry is nearly empty. They accept food and personal care items.

“We help a lot of seniors. We help homeless people. There are homeless people in Holly and Fenton,” Melton said. Her goal is to wipe out food insecurity in the Holly area.

The pantry was started April 21.

“COVID decimated everything — the economy, people’s lives,” said Holly Police Chief Jerry Narsh. “I had several officers that know people in the community that really need help. They also knew of people who were embarrassed.”

They had overflow food from Forgotten Harvest, which helped, but there wasn’t enough to meet demand. Officers were regularly making food deliveries. Narsh said there were still people falling through the cracks. Holly police officer Bob Goedertier suggested creating the pantry. Officers and other police department personnel would help people as they would come in, but they had logistical issues being pulled from their jobs.

Then Melton stepped in.

“Heather really is the angel of the pantry,” Narsh said.

When she heard about the pantry at the HPD, she immediately got involved and offered to run it. “It was a partnership made in heaven. The pantry in Holly is very unique. It has dry goods, personal hygiene products and a fridge and freezer open 24/7 to anyone that needs help,” she said. There’s no sign in and no questions asked.

Most pantries are closed at certain times, but anyone can come to the Holly pantry at any time. Melton organizes everything, accepts the donations and shops for certain items. She made sure to also add personal hygiene products and cleaning products.

“If somebody can’t afford food, they can’t afford toothpaste,” Narsh said, praising Melton for also including personal hygiene products and cleaning supplies. “Those are real needs, and they are very expensive.”

Regular or intermittent users are welcome. Melton said it’s fine if people need the pantry only once or every week.

“Some people hate to ask for help or are too prideful, and it’s like, take it. Please. It will be refilled. I have a ton of angels that help me,” Melton said. “The community has been awesome.”

Cash donations can be dropped off at the station. You don’t have to live in Holly to use the pantry.

“You can do without a lot of things, but food is not one of them. When you protect and serve a community, just by simply allowing our already open lobby to become an avenue to allow people who need food to have food, that’s protecting and serving our community,” Narsh said.

The location of a police station adds a sense of security. Narsh said they see items come and go at a proportionate rate, and they have security cameras, but they don’t check who takes the food.

“In a way, it’s probably the safest grocery store in town,” Narsh said. Another police department in Michigan created a food pantry after seeing Holly’s.

The holiday season can be harder for families in tough financial situations.

“There are a lot of families that have to make a choice between paying bills or buying Christmas presents. We have our Shop With a Hero program,” Narsh said.

For the refrigerator, they’re in need of milk, butter, cheese, lunch meat, eggs, hotdogs, bacon, sausage, and other foods normally stored in the refrigerator. They’re hoping to receive more donations of meat to store in the freezer. They also store frozen yogurt, frozen eggs, frozen salmon and a few pounds of ground beef, but there is room for more.

For the pantry, Melton said they need taco kits, soup with meat, stew, canned tune, spaghetti sauce and other canned items. Leave the food unopened in the original packaging. They do not accept expired food or leftovers from restaurants. People can donate baby formula, diapers and has a few people who own chickens and regularly donate eggs.

Melton asks that people donate smaller sizes of shampoo, conditioner and soap, because they can easily fit in backpacks. People often donate boxes of macaroni and cheese or taco mix, and Melton suggests picking up other ingredients needed to make these things, such as milk and ground beef.

She’s hoping to get donors to set up a steady stream of monthly donations. She can be contacted through Facebook, where she often posts updates.