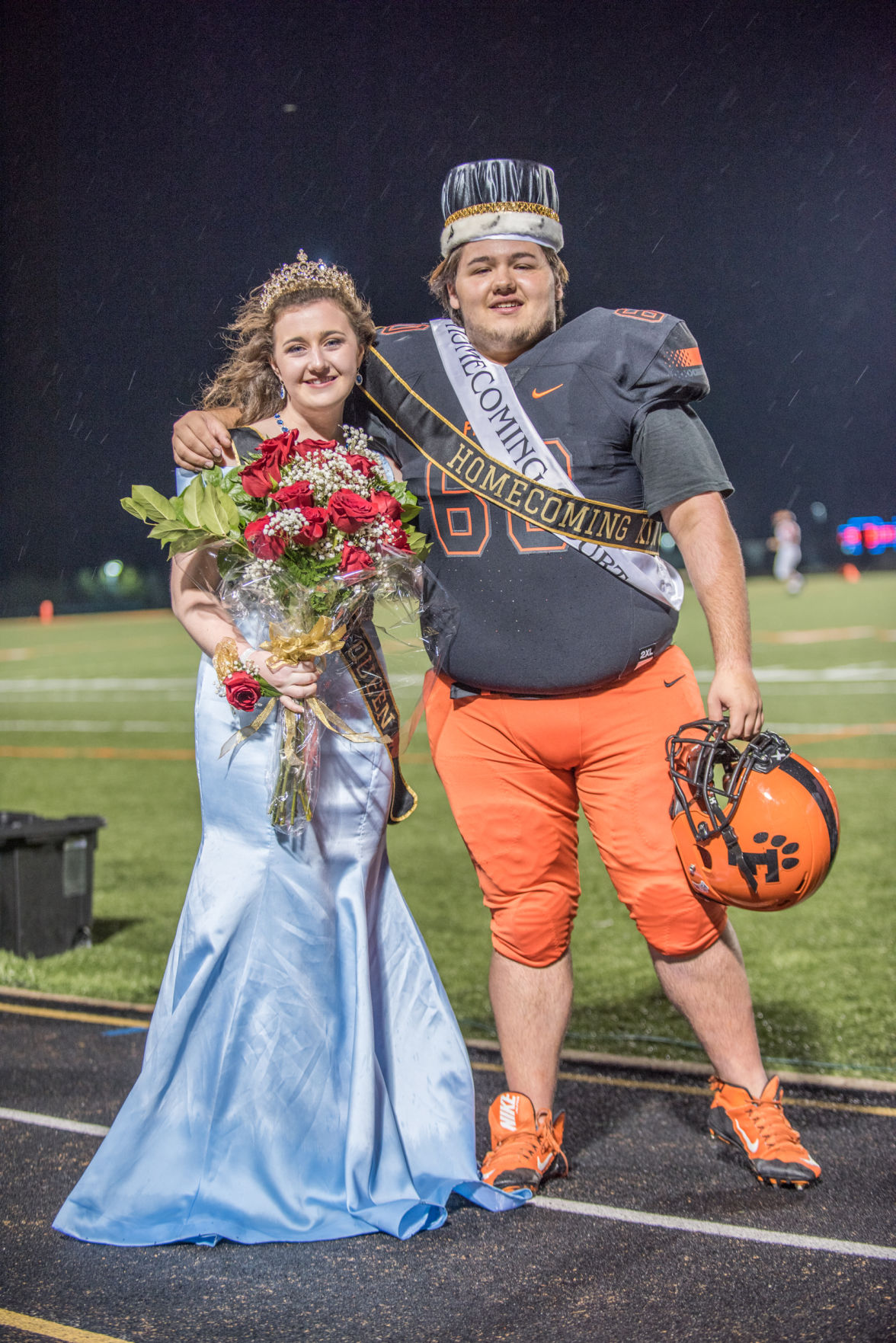 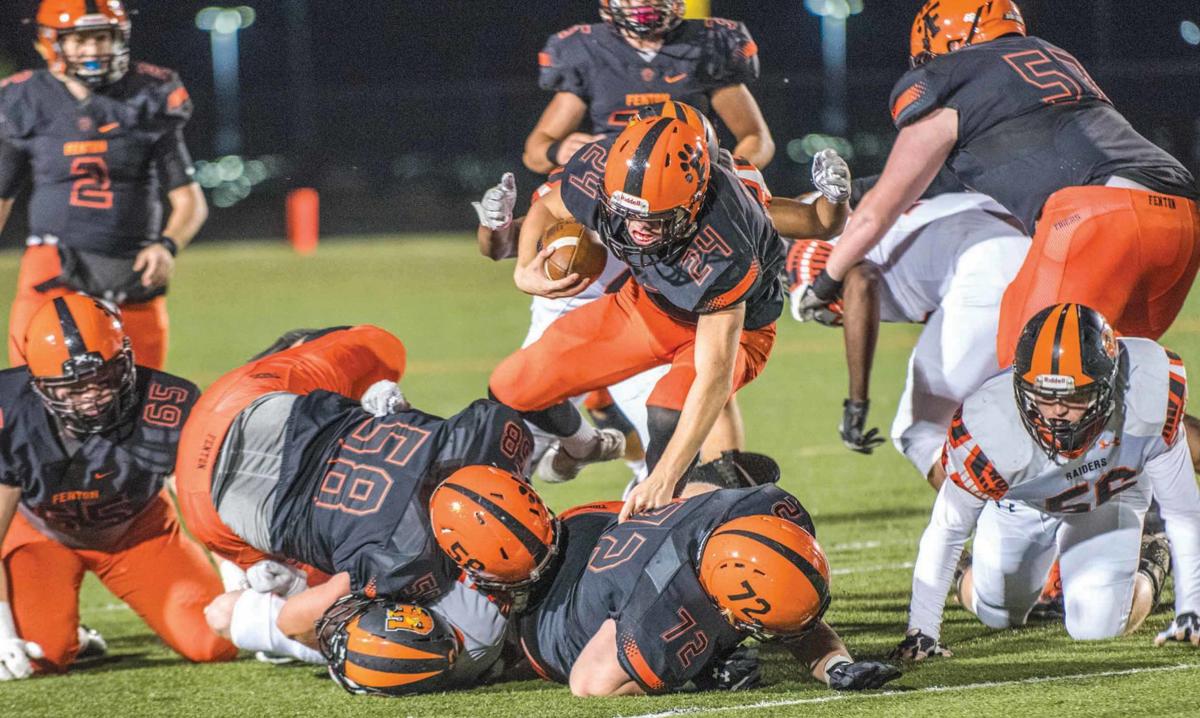 Fenton’s Brandon Miller leaps over some of his offensive linemen in the Tigers’ 20-7 victory against Flushing during Fenton’s homecoming game. Photo: Mark Bolen

Fenton’s Brandon Miller leaps over some of his offensive linemen in the Tigers’ 20-7 victory against Flushing during Fenton’s homecoming game. Photo: Mark Bolen

While Fenton beat Flushing in its homecoming football game, the parade was canceled due to weather, possibly for the first time in the modern era, according to Superintendent Adam Hartley.

The public was notified Friday, 75 minutes before the parade was set to start. Hartley said 20 floats and 200 participants were set to walk or ride in the parade. It was canceled with hopefully enough time for participants to change their plans.

Hartley said the decision was made by the parade committee. This includes high school administration, teachers and the athletic department.

“We rely on radar and local weather reports when it comes to making a decision to cancel an event that may place our students and families in any kind of danger,” Hartley said. “Careful attention was paid to the window of time for the parade set-up, and the time of the actual parade.”

They made the decision at 3:45 p.m. “The weather radar indicated rain and storms would materialize between 4:30 and 5:30 p.m., and threaten the safety of parade participants and attendees,” Hartley said. “It was hoped that canceling at 3:45 p.m. would give parade participants enough time to adjust their plans and not report for the parade line-up beginning at 4:30 p.m.”

Participants included sports teams from the high school and middle school, floats for each high school grade level along with elementary buildings and the homecoming court.

The 2019 parade was unique in that it was set to help celebrate the 50-year anniversary of the opening of the current Fenton High School. Ann Barker of Fenton was planning on participating by riding the 50th anniversary float as a former homecoming queen. “Yes I was disappointed it was canceled, but I felt bad for the high school students, floats, queen’s court and the band that missed out,” she said.

The afternoon brought a fair amount of rain, but the situation seemed to clear by 4:30 p.m.

Fenton’s homecoming was the last of the area school districts this year.