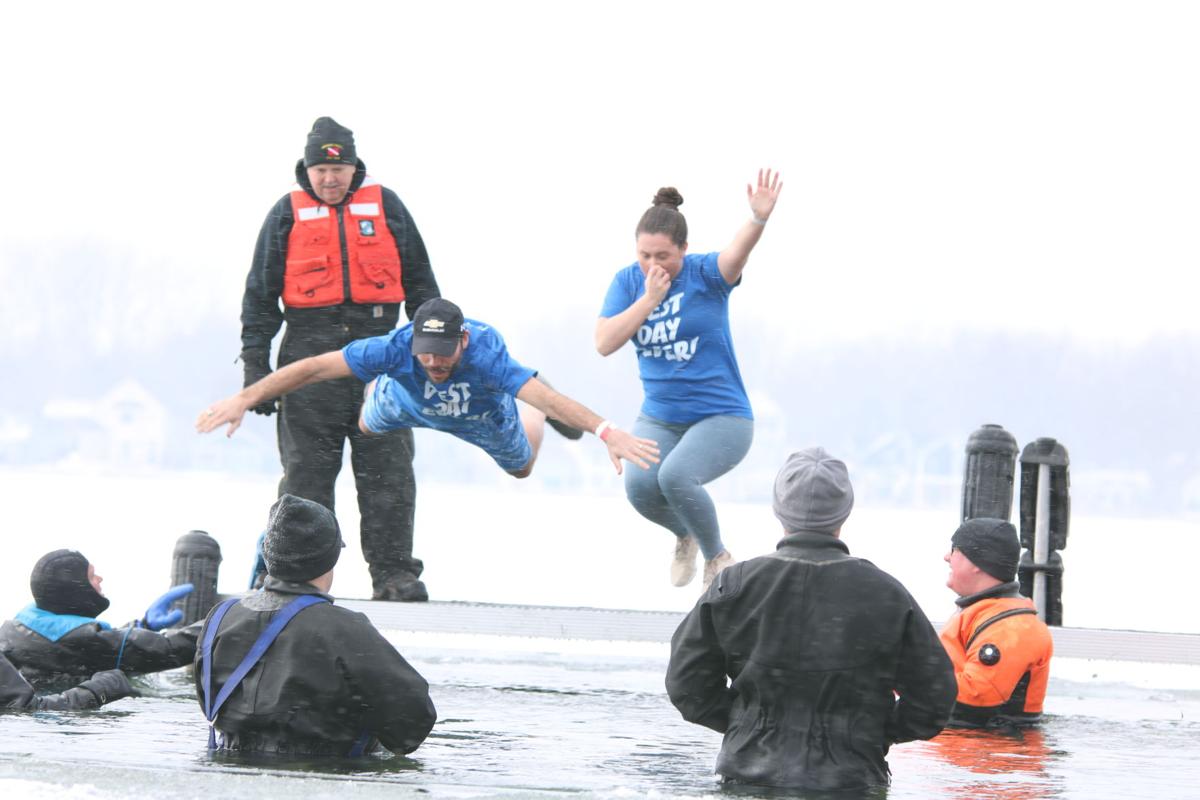 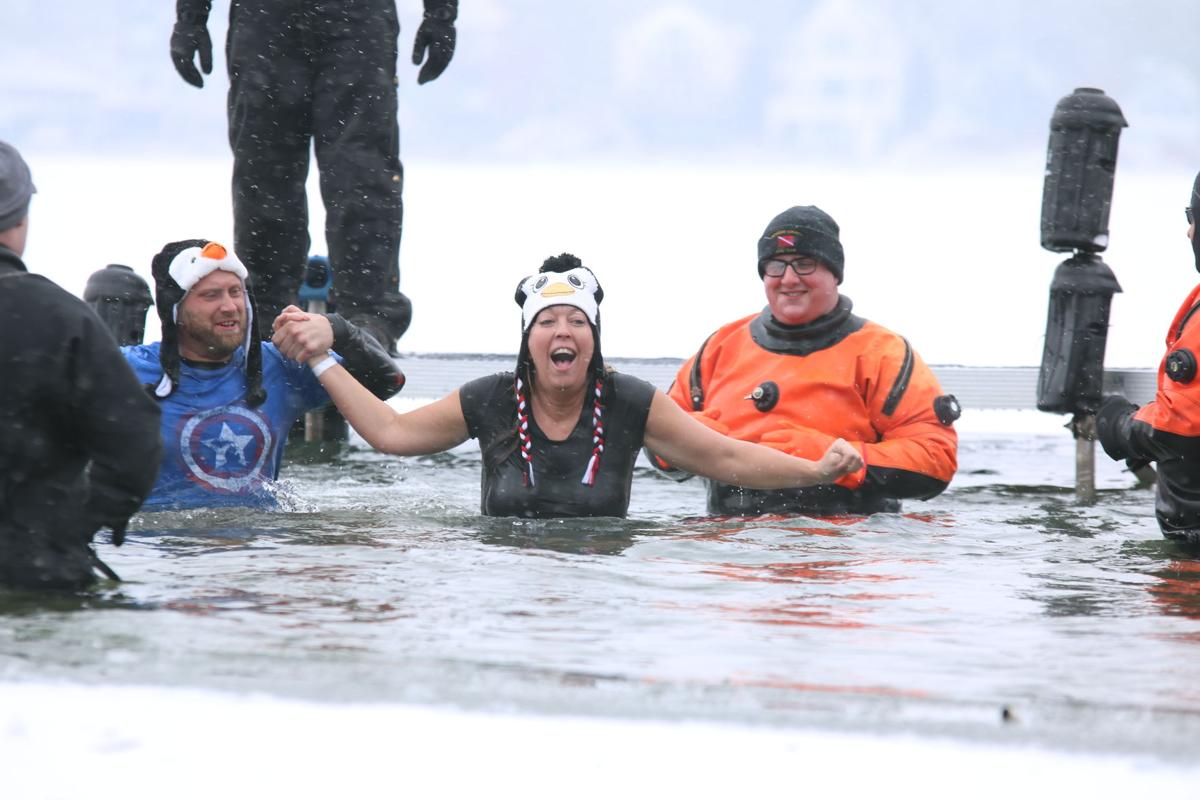 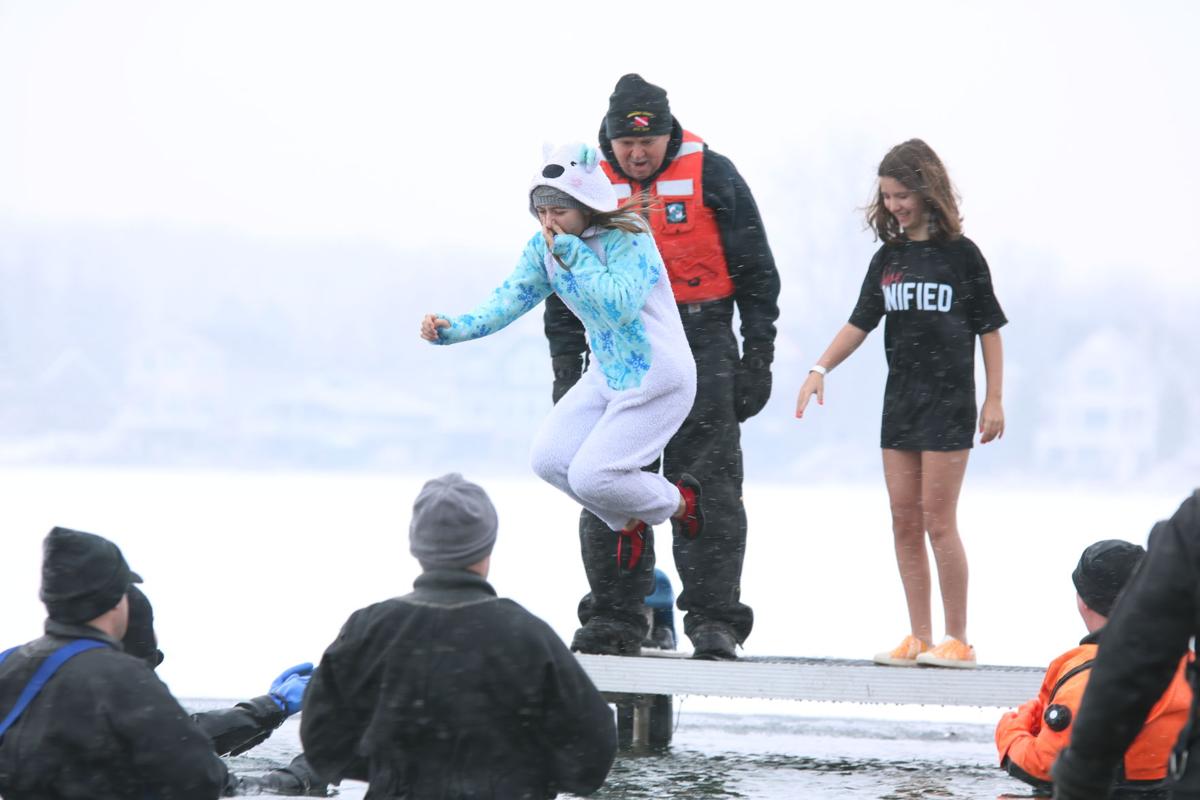 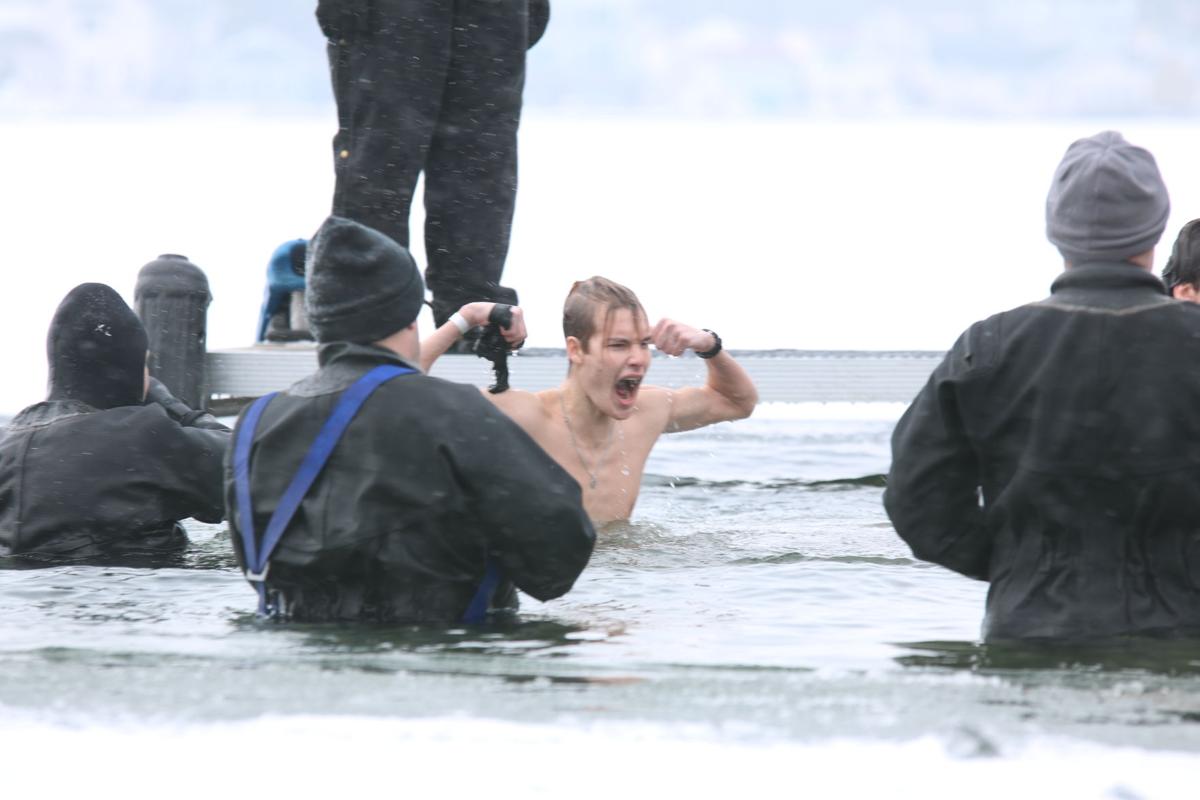 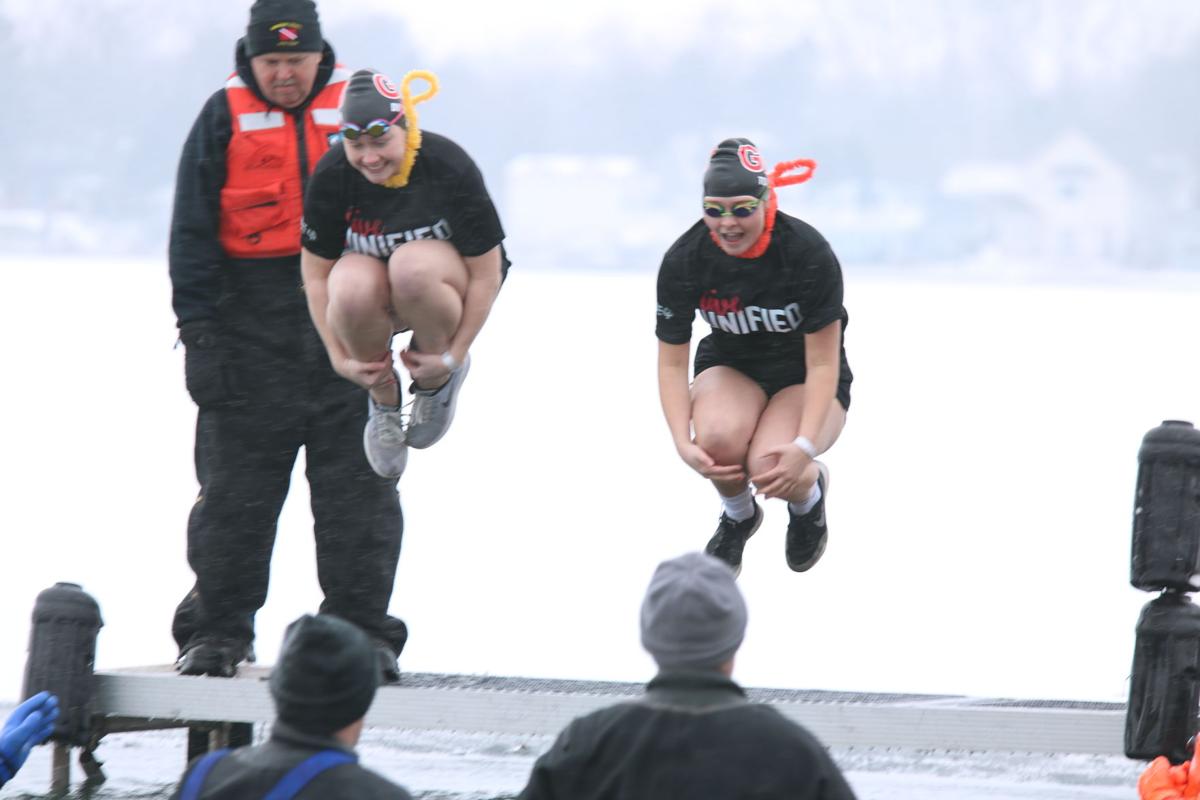 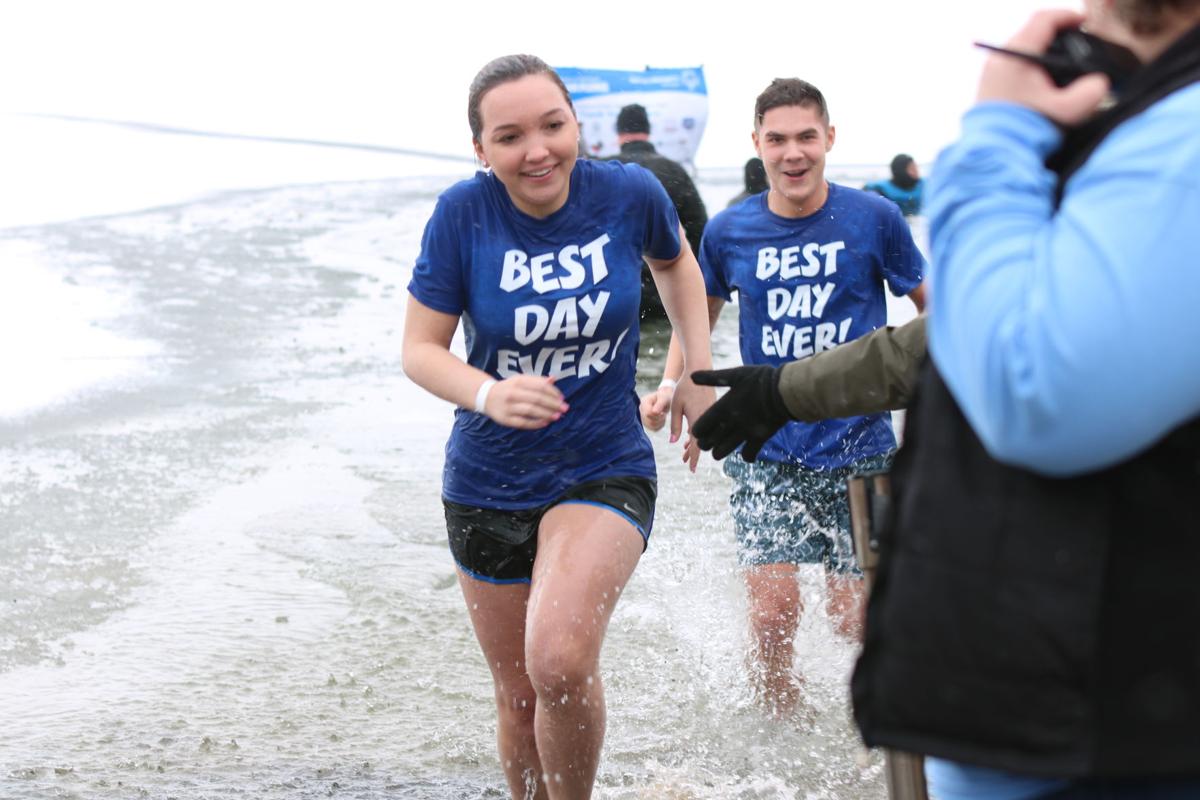 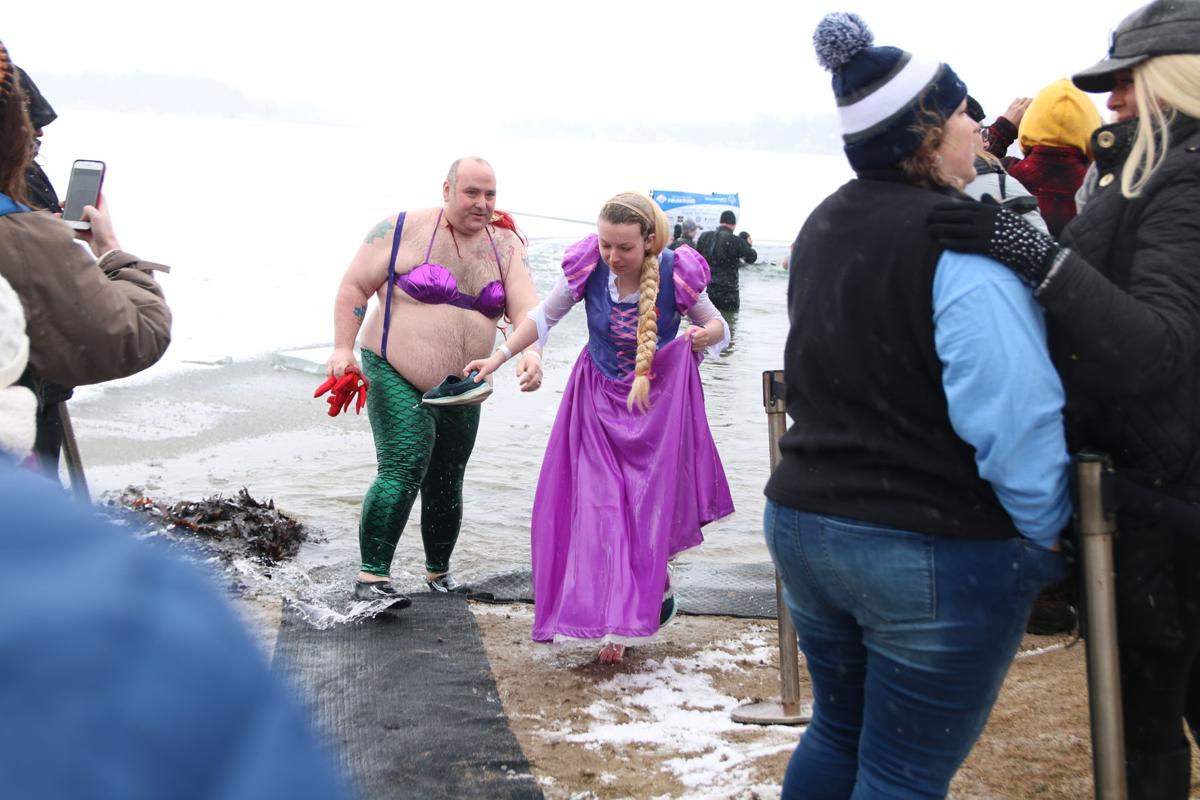 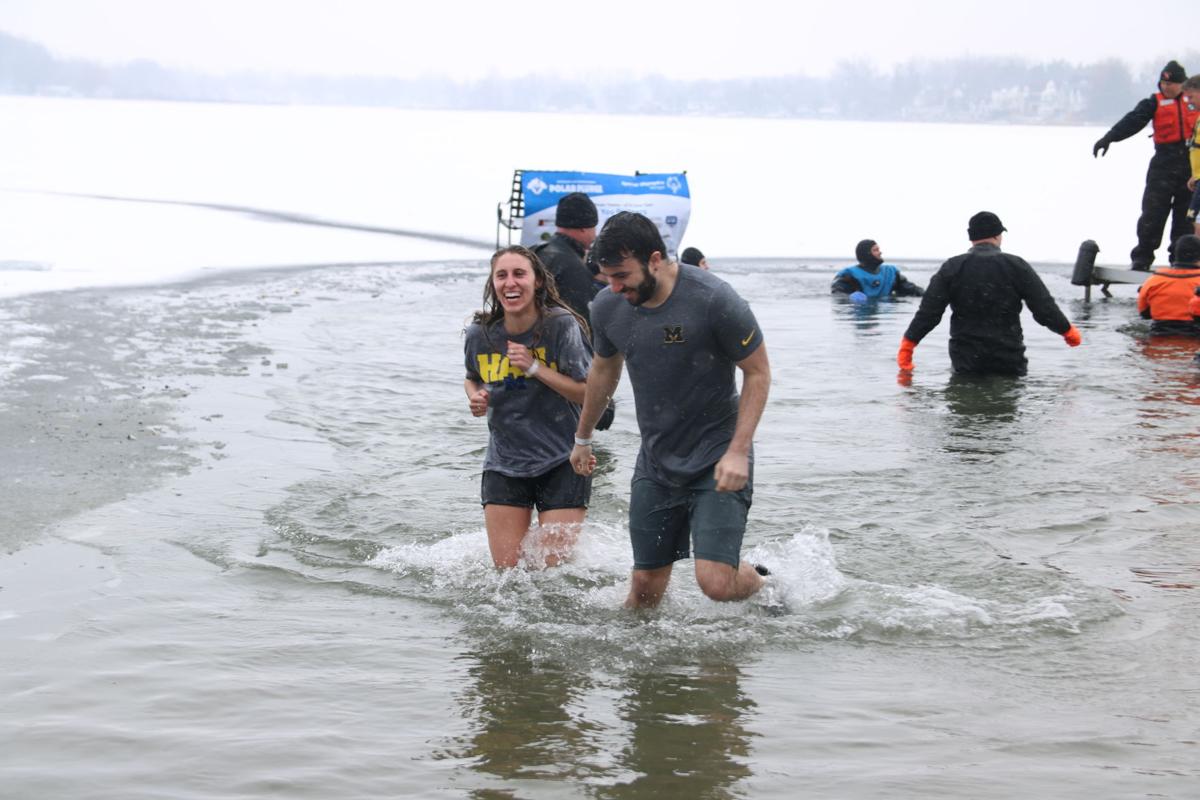 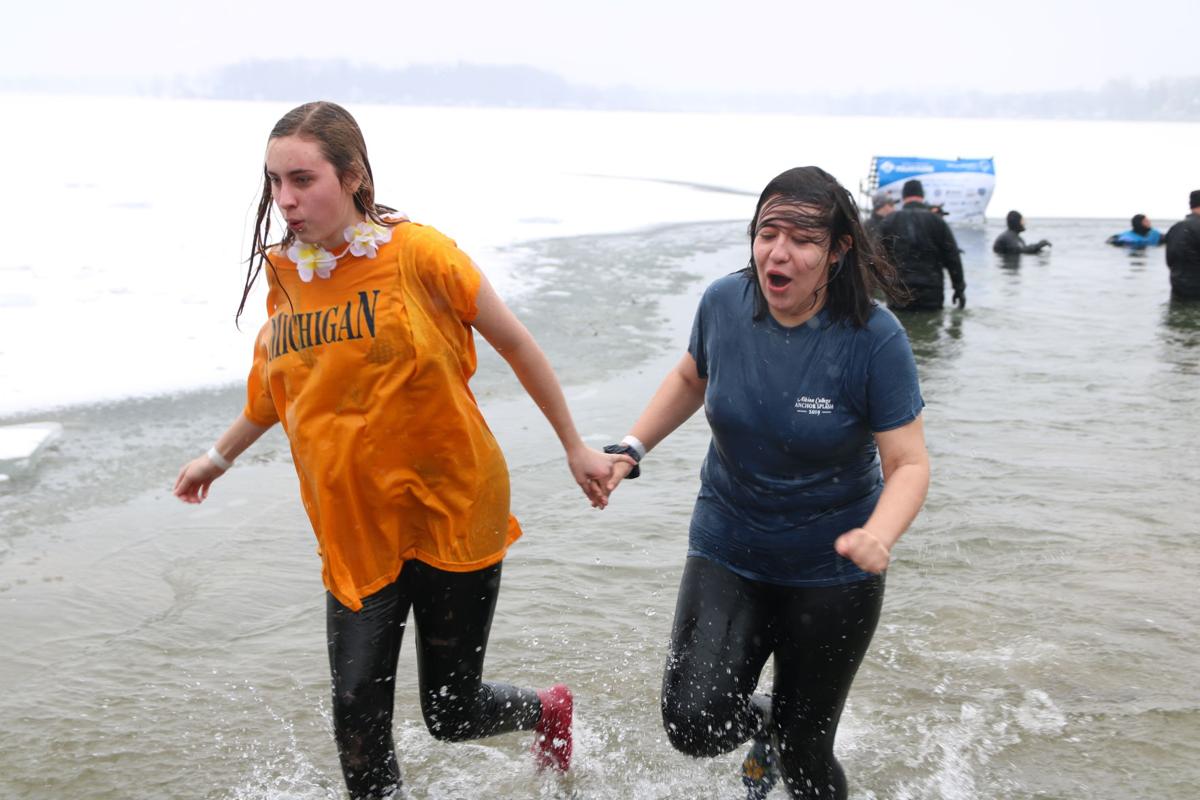 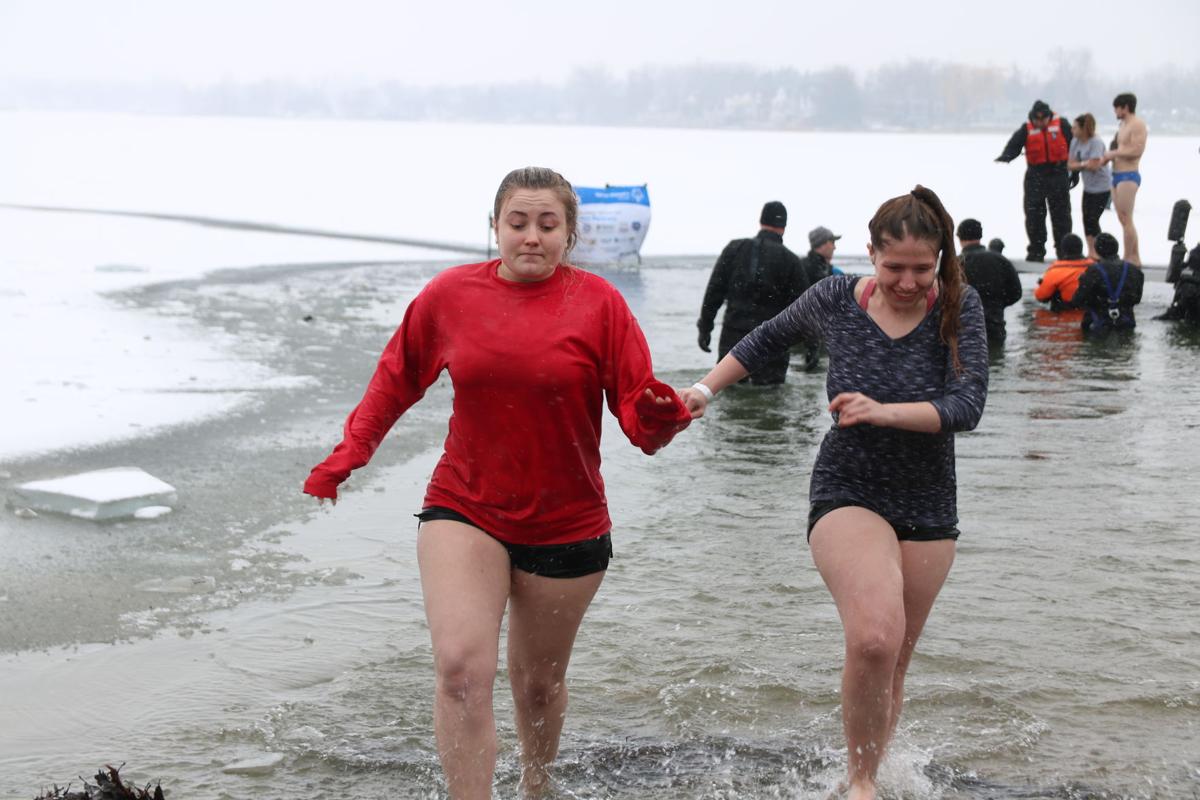 More than 230 people endured a cold shock to their system to raise money for Special Olympics Michigan on Saturday, Feb. 1. Approximately $83,900 was raised for this year's Polar Plunge in Fenton.

Jumpers had to raise at least $75 to make the jump into the icy cold waters off the Moose Lodge dock, next to the Fenton Township Office & Community Civic Center. Many were dressed in costumes or wore bathing suits, shivering on the dock before it was their turn to jump.

Pat Peters, area 13 director for Special Olympics Michigan, said the total amount raised is probably more than $85,000 after they count T-shirt sales. This amount is approximately $20,000 more than last year when the event raised around $65,000.

The money goes to help athletes compete in Special Olympics.

"Athletes pay nothing. We buy the uniforms. We supply all the equipment whether it's cross country skis...if it's softball equipment, anything that has to do with the sport, we supply it for them, as well as transportation," Peters said.

"This has been awesome this year," she said to the crowd after everyone was done jumping. "Without volunteers, we couldn't do this. Without the Moose, we could not do this. This is one of the best facilities around...you don't realize how great a community is until we do something like this and you see it all come together. So thank you.

She announced prizes for best costume and the youngest jumper, who was 9 years old.

"It means a lot to me," he said, adding that his sister used to compete in Special Olympics. "It warms my heart."