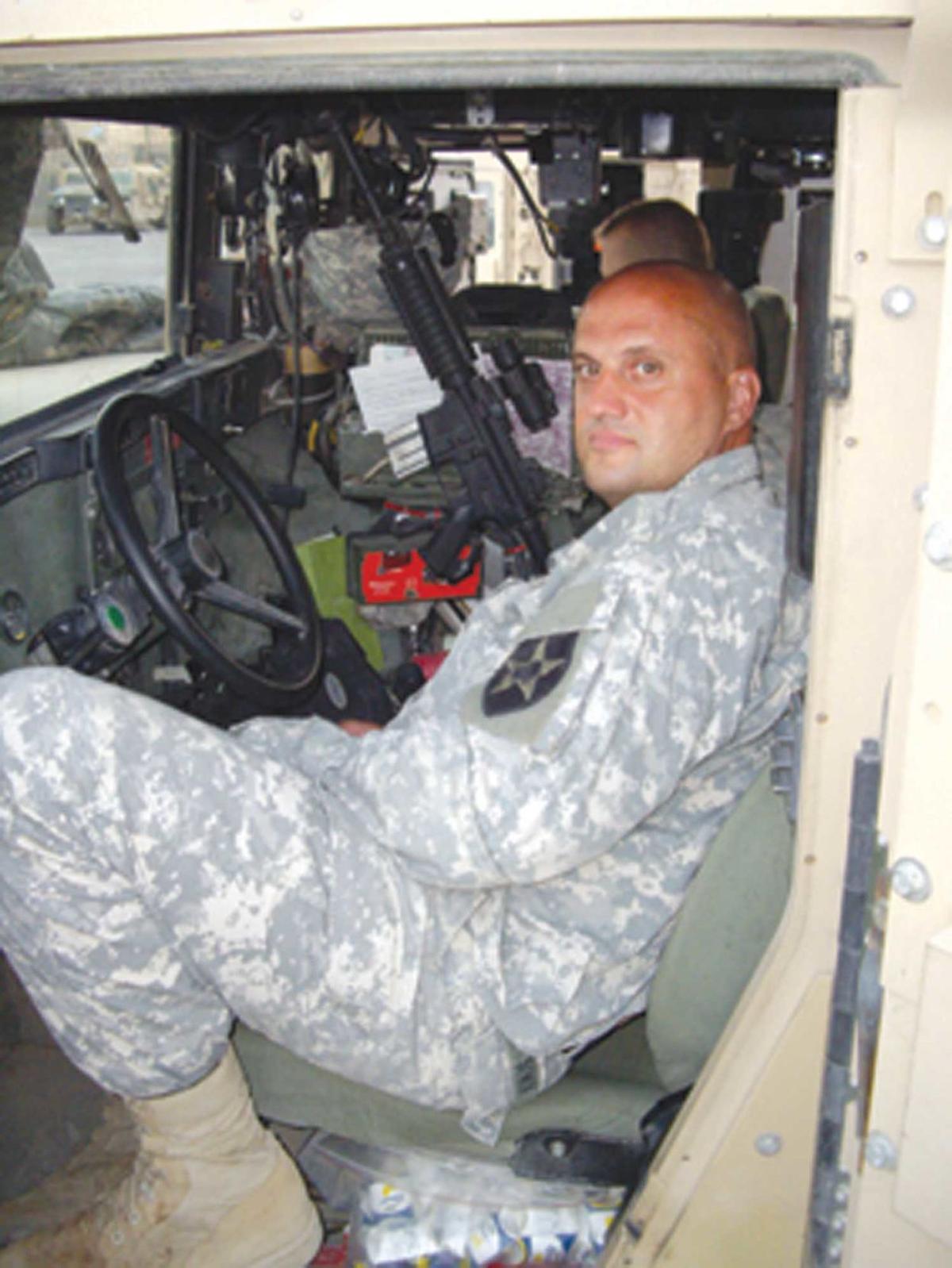 Damien Siwik went on two combat deployments. The first was to Iraq for all of 2007 during “The Surge” and to Afghanistan in 2011. 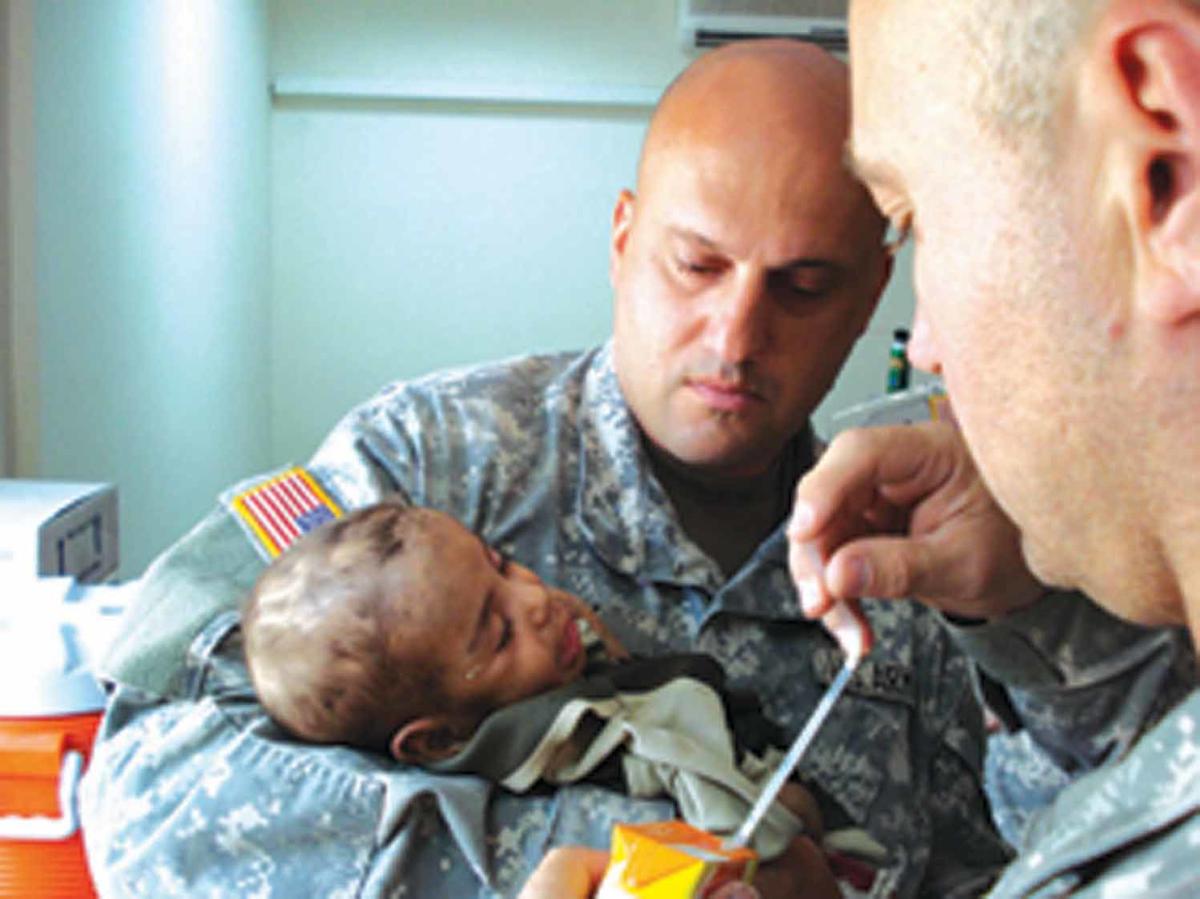 Damien Siwik went on two combat deployments. The first was to Iraq for all of 2007 during “The Surge” and to Afghanistan in 2011.

This Veterans Day, it would be wise to remember not only the millions of soldiers who fought courageously for our freedoms in foreign wars, but also the countless brave people who chose to make the military their careers.

“I enlisted as a Private First Class (E-1) and retired a Sergeant First Class (E-7),” he said. “One highlight of my career was serving as a Company First Sergeant for a Forward Support Medical company at Fort Wainwright, Alaska. The opportunity to lead, train and look after 80 young men and women was a very rewarding experience.”

Siwik went on two combat deployments. “The first was to Iraq for all of 2007 during ‘The Surge’ and to Afghanistan in 2011,” he said. “I’ve also served overseas in Korea (three times), Egypt, Honduras and Germany.

“In Iraq I was on the streets of Baghdad for most of my deployment,” Siwik said. “My team was under constant threat of attack by groups of fighters, snipers, sophisticated IED and mortars.

“Another highlight of my military career was during the second tour in Korea, serving at the United Nations Command Security Battalion-Joint Security Area right on the border with North Korea,” Siwik said. “The experience of patrolling in the DMZ and constant state of heightened readiness served me well later in my career. Every time I meet a veteran from America’s forgotten war, the Korean War, I tell them they should take great pride in their service as South Korea has become a truly amazing country.”

Siwik said if there is one adjective that best describes a typical day in Iraq, it is “long.”

“My typical day began at 5 a.m. and proceeded with these tasks — maintain vehicles and equipment, prepare for the

day’s mission, quick breakfast, mission briefing, roll out and conduct operations until complete, lunch on the go, return to base, if we are lucky, we are back in time for dinner, debrief the mission and plan for the next day, re-set personal gear, write/call home and be in bed about midnight,” he said.

Asked if he was ever afraid, Siwik said, “Just as every soldier, sailor, airman and marine experiences fear at some point of a combat deployment, I did, too,” he said. “To persevere in those moments, I focused on the task at hand, looked after my men and relied on my training so see me through.

Service as a U.S. Army Medic

“Unlike civilian first responders, Army medics and Navy corpsmen are much more likely to know and become friends with the people they treat,” Siwik said. “That makes it tough to relive those cases.”

One of Siwik’s more rewarding experiences involved a baby he treated in Iraq. “Due to the trust and cooperation my team had developed with our local Iraqi partners, they brought to me a baby they found in a pile of garbage near where the baby’s mother had been killed,” he said. “I was one of the first Americans to treat Fatima Jabouri.

“My treatment for her was for exposure,” he said. “She spent a full night in 95-plus heat in the trash pile.  She was listless, limp and unresponsive.  After examining her for trauma (there was none) and vital signs, the goal was to get fluids into her.  After a little banana milk fed by dropper, she revived a bit and was evacuated to a U.S. Army hospital. More extensive interventions were not needed at our level.”

Today, Siwik is an administrator with the University of Michigan. He is married to Pornsiri Siwik and the couple has three daughters — Elizabeth, Catherine and Marita. He says he will continue to transition from a career of national service in the U.S. military and carry on that legacy as a Fenton resident through community service. Last week, he lost his first-time bid for a seat on the Fenton City Council, but he continues to serve on the city’s Zoning Board of Appeals.

What people at home can do to help troops