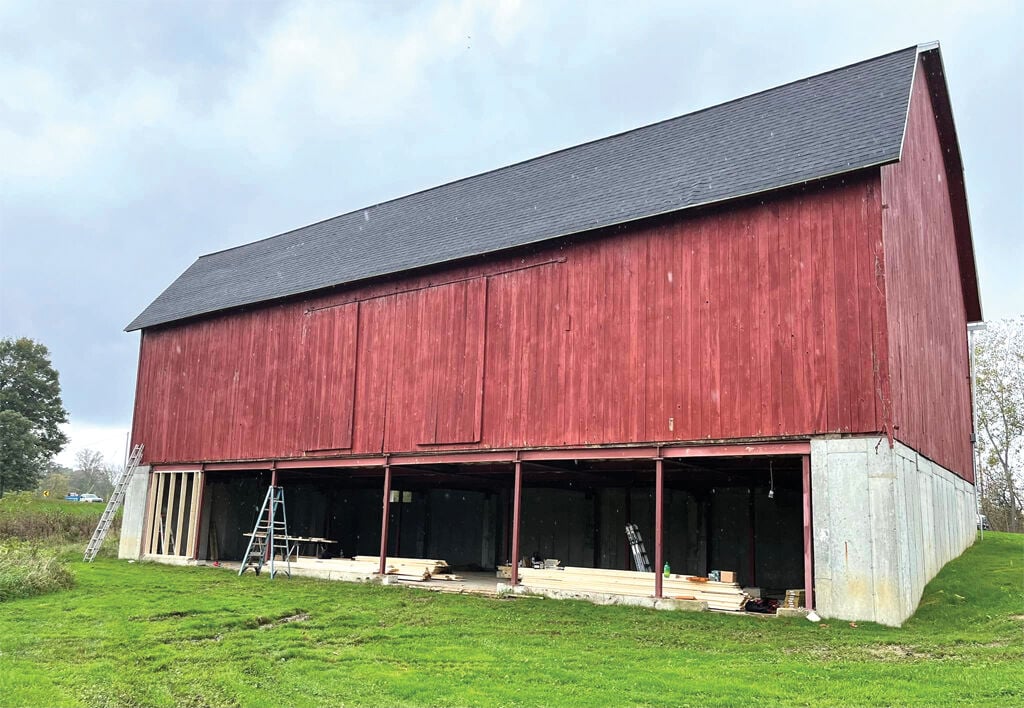 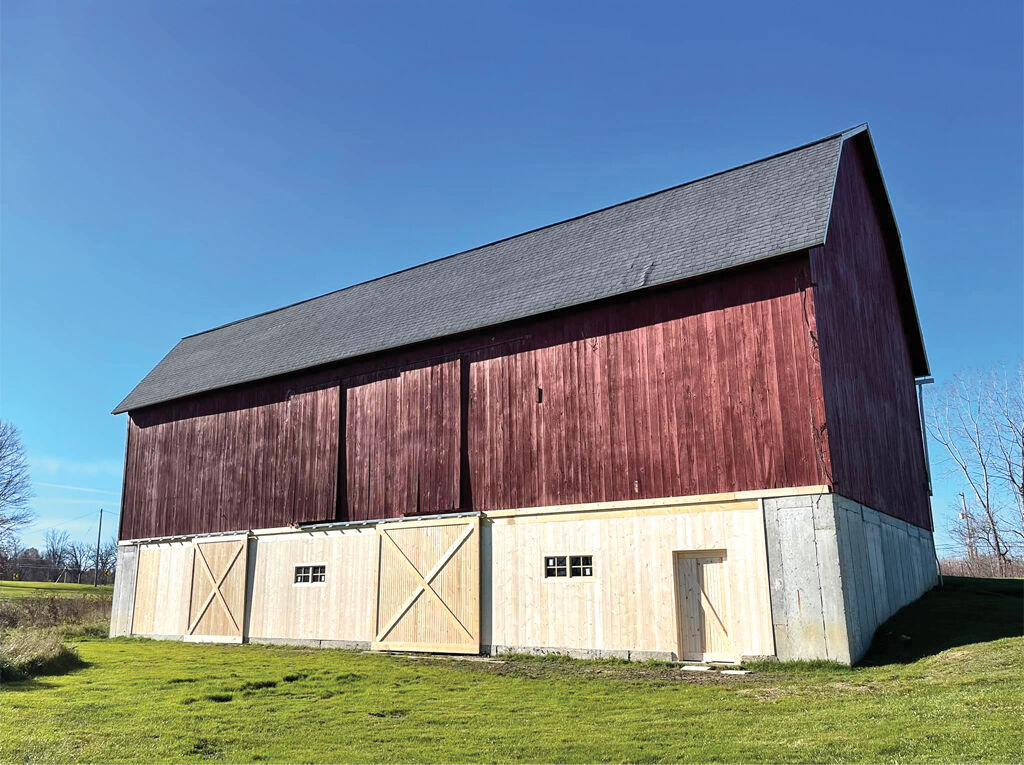 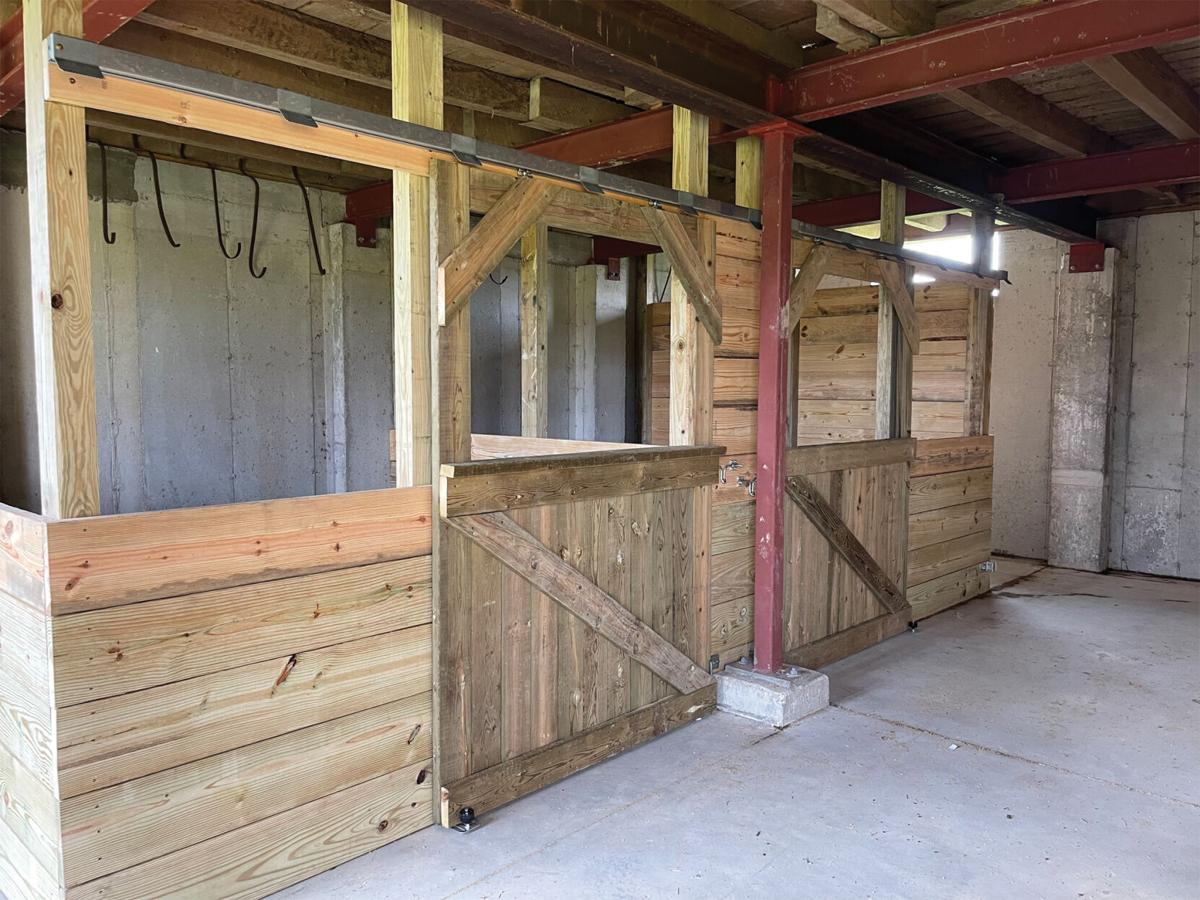 Two horse stalls have been constructed at the Farmstead barn. They will serve as a historical feature, as well as a place for horses to stay during an event on the property in the future.

Two horse stalls have been constructed at the Farmstead barn. They will serve as a historical feature, as well as a place for horses to stay during an event on the property in the future.

The township took the project on in 2014 to save the approximately 120-year-old, 80-ton barn. Leaders had a vision of turning the site into a venue that could support agricultural education, and even offer a music and wedding venue.

The property at 13409 N. Holly Rd. is the home to the original Holly Township supervisor when the township was certified in 1838.

Kullis said the barn project has seen its share of setbacks during this pandemic. A lack of available contractors along with material shortages has caused the township to abandon any previous time frames they had set.

After sending out multiple request for proposals (RFPs), in two separate attempts, they chose two contractors, one for the back wall and one for the front doors. For the past two months, the work has been progressing on the back wall as materials became available.

The contract has been signed for the front doors, however, they are still waiting on materials.

The lower section will house some historical farm implements along with telling the story of how this was a dairy farm. The upper level will be turned into an event barn for public and private use.

Kullis said currently the project is in the engineering stage. They have the master plan, which is their overall idea, however, engineers need to review topography, parking lot, moving the building, check utilities and septic fields. He said they are working on all of this to create a site plan, which is needed for any construction.

The stalls in the lower level will have a dual purpose. The master plan called for stalls to tell the story of the dairy farm. The stalls now can be used for horses if there is a weekend event, for example. The stalls will also cover the historical aspect of the barn.

new contractor is waiting for materials. The back doors are complete.

In September 2017, the massive red barn was moved 40 feet to the west. It was lifted from its failing foundation in order to construct a new foundation.

In September 2018, from the outside, the Holly Heritage Farmstead was idyllic with its white farmhouse and red barn sitting on a brand new concrete foundation. But underneath, a big problem was slowing the project down and could cost the township money. At several critical locations, the floor beams weren’t lining up with the attachment points of the foundation itself, called pilasters, nor were the concrete bases for the vertical floor supports.

The problem was eventually solved without litigation or extra taxpayer money being spent — but it took a year.

During the Holly Township Board of Trustee meeting Aug. 18, Kullis announced the township received a gift of $500,000 by the Charles Harding Stewart Mott family to be used exclusively for the Holly Heritage Farmstead project.