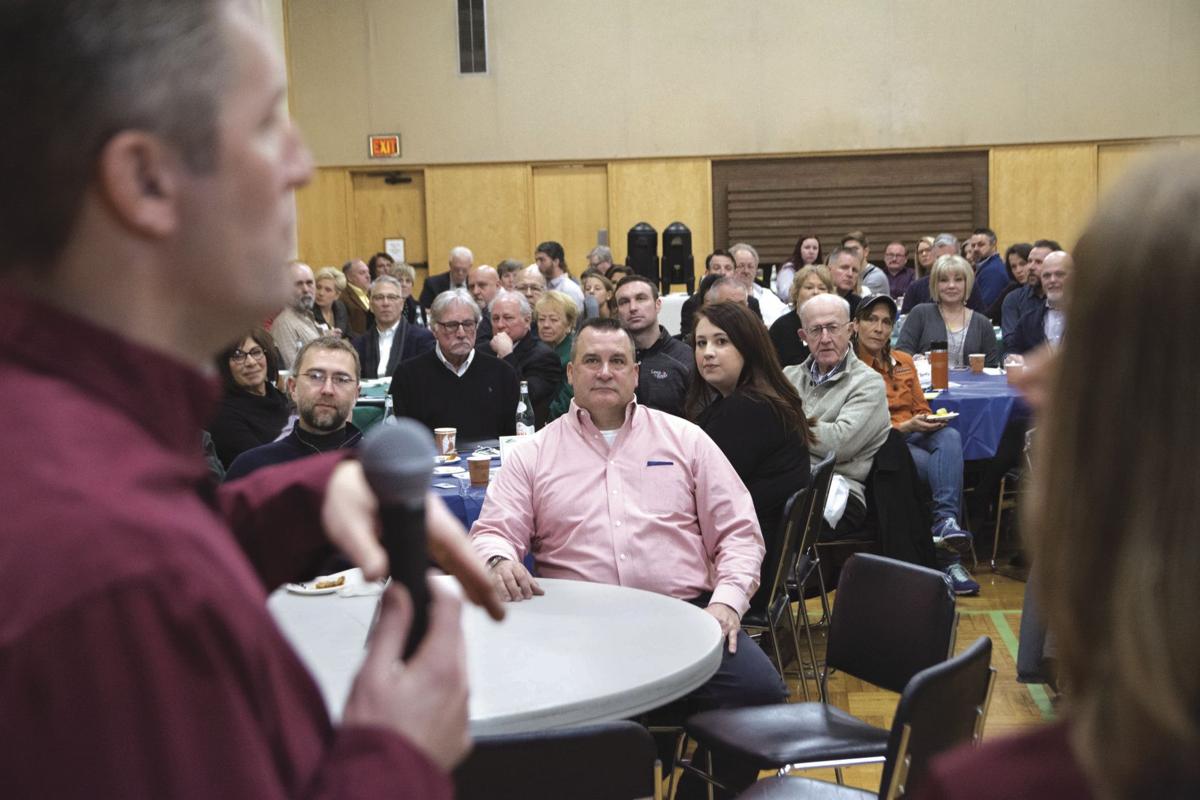 The 2020 Fenton Regional Chamber of Commerce Forecast Breakfast drew approximately 150 business people, municipal professionals and elected officials to hear about accomplishments in 2019, and hopes for 2020. 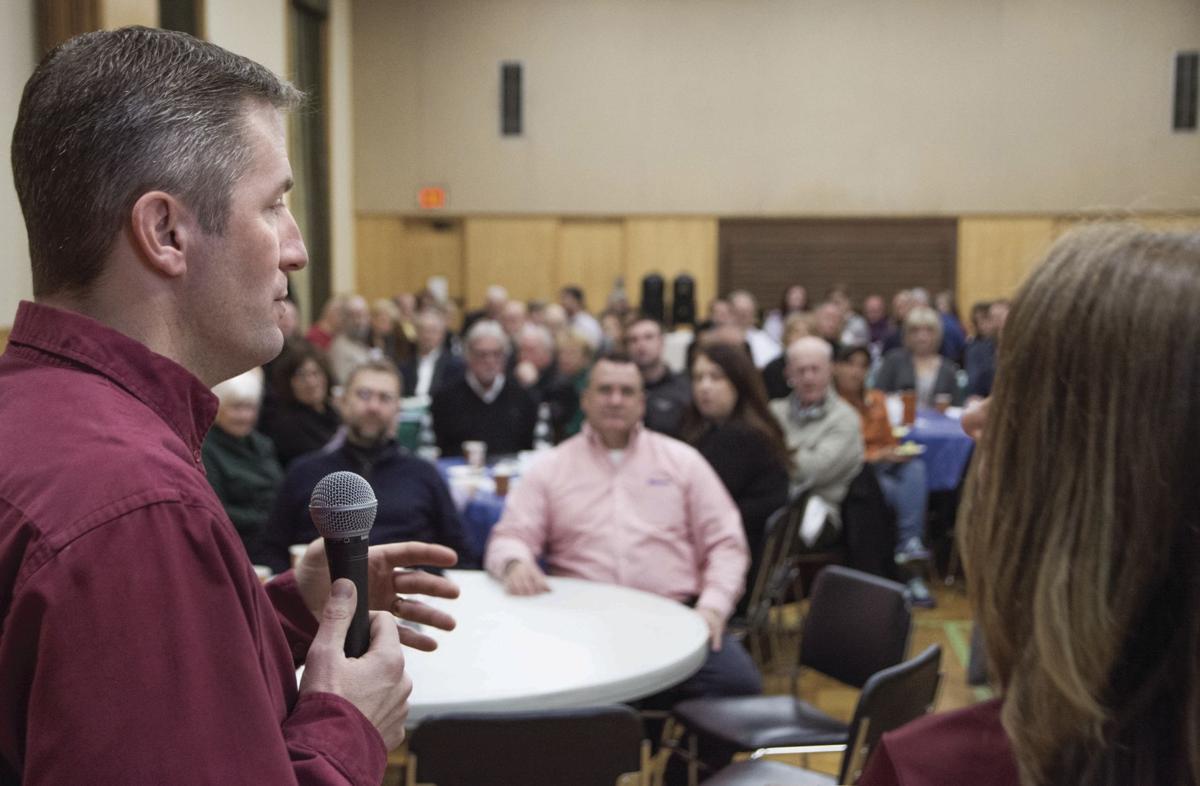 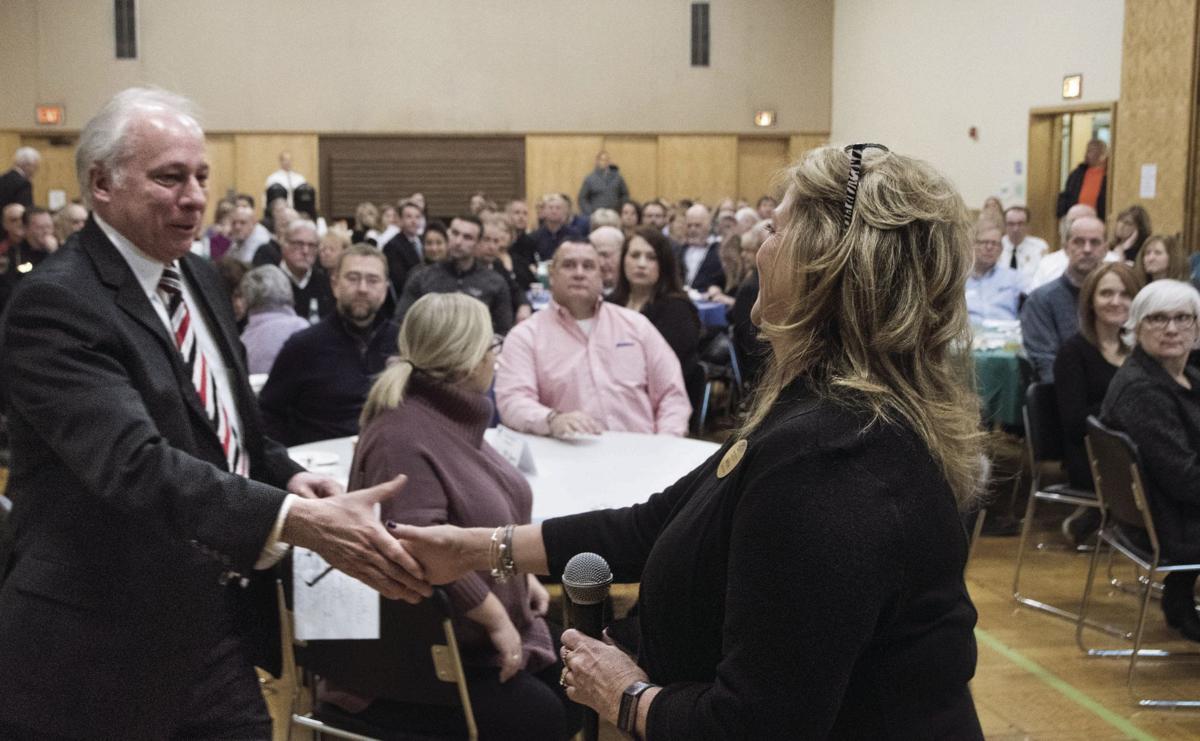 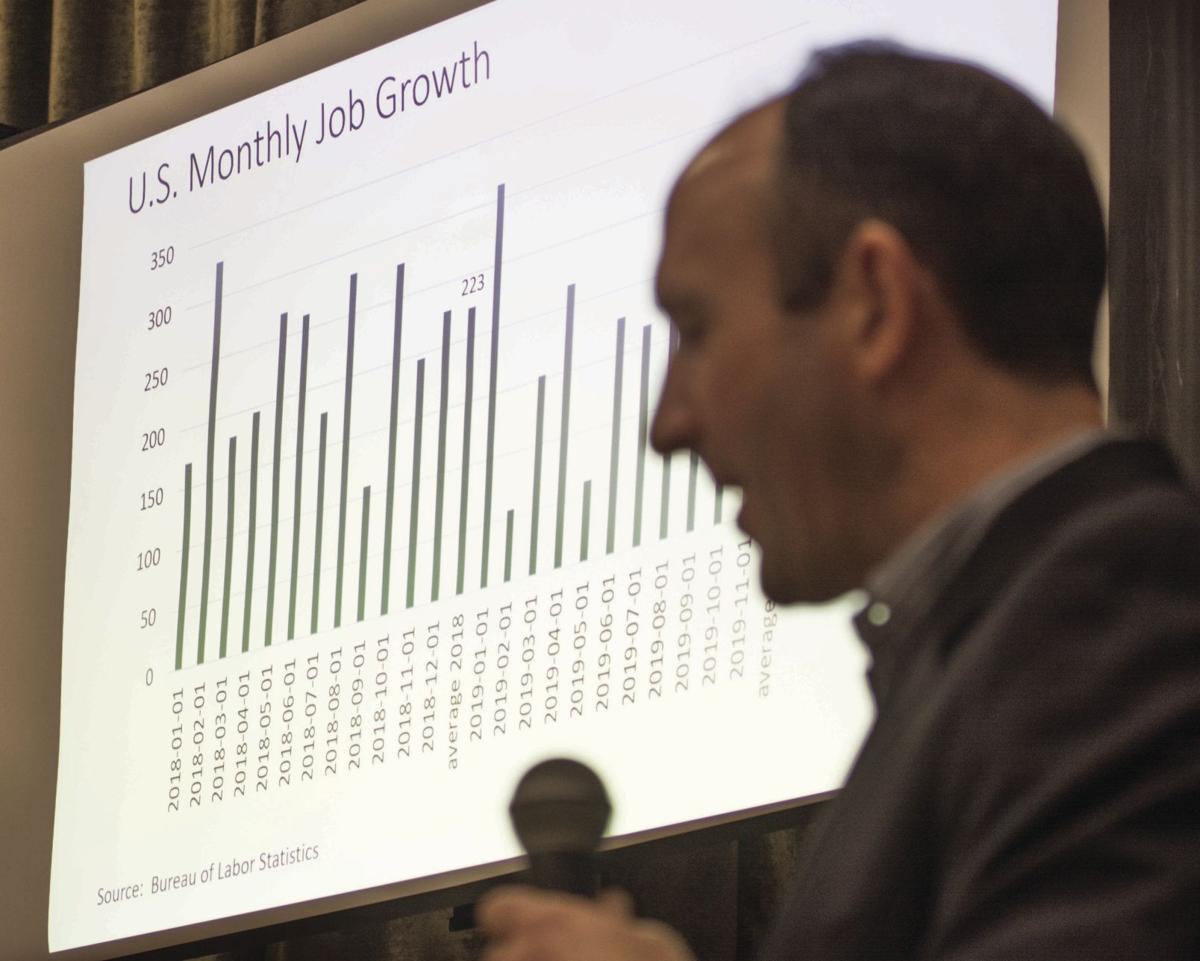 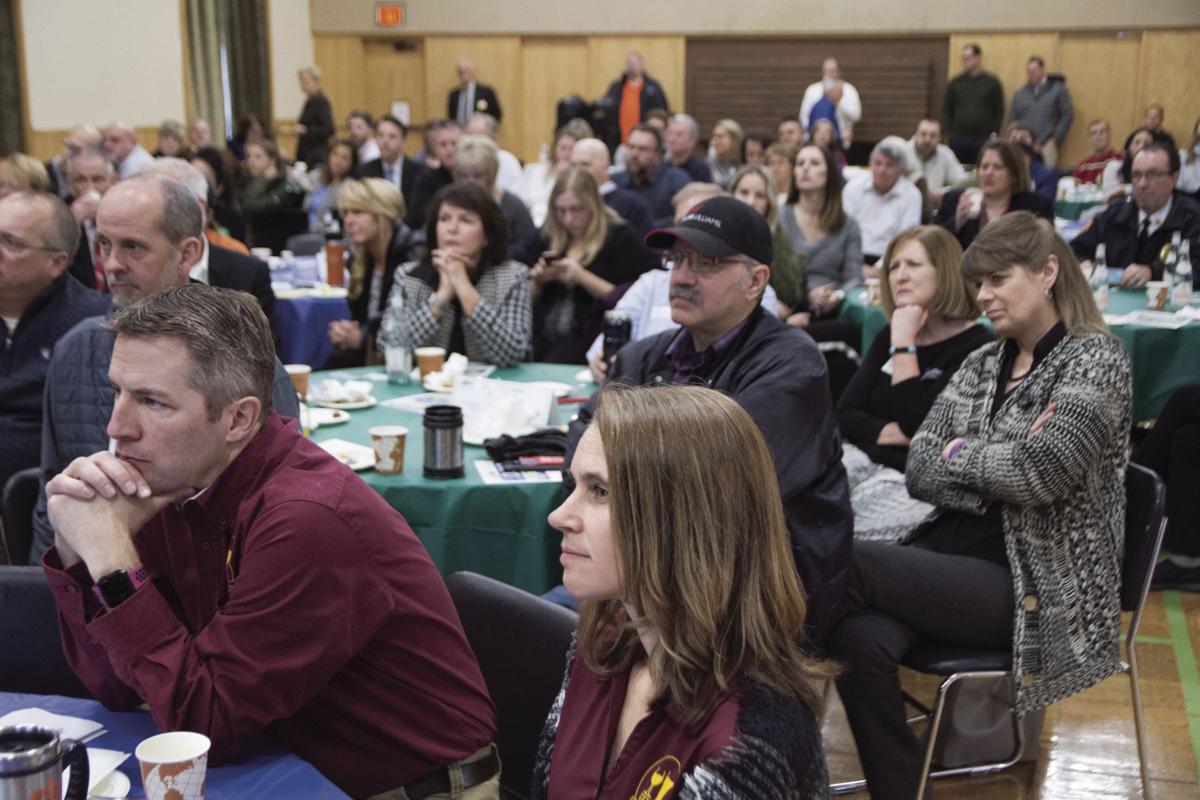 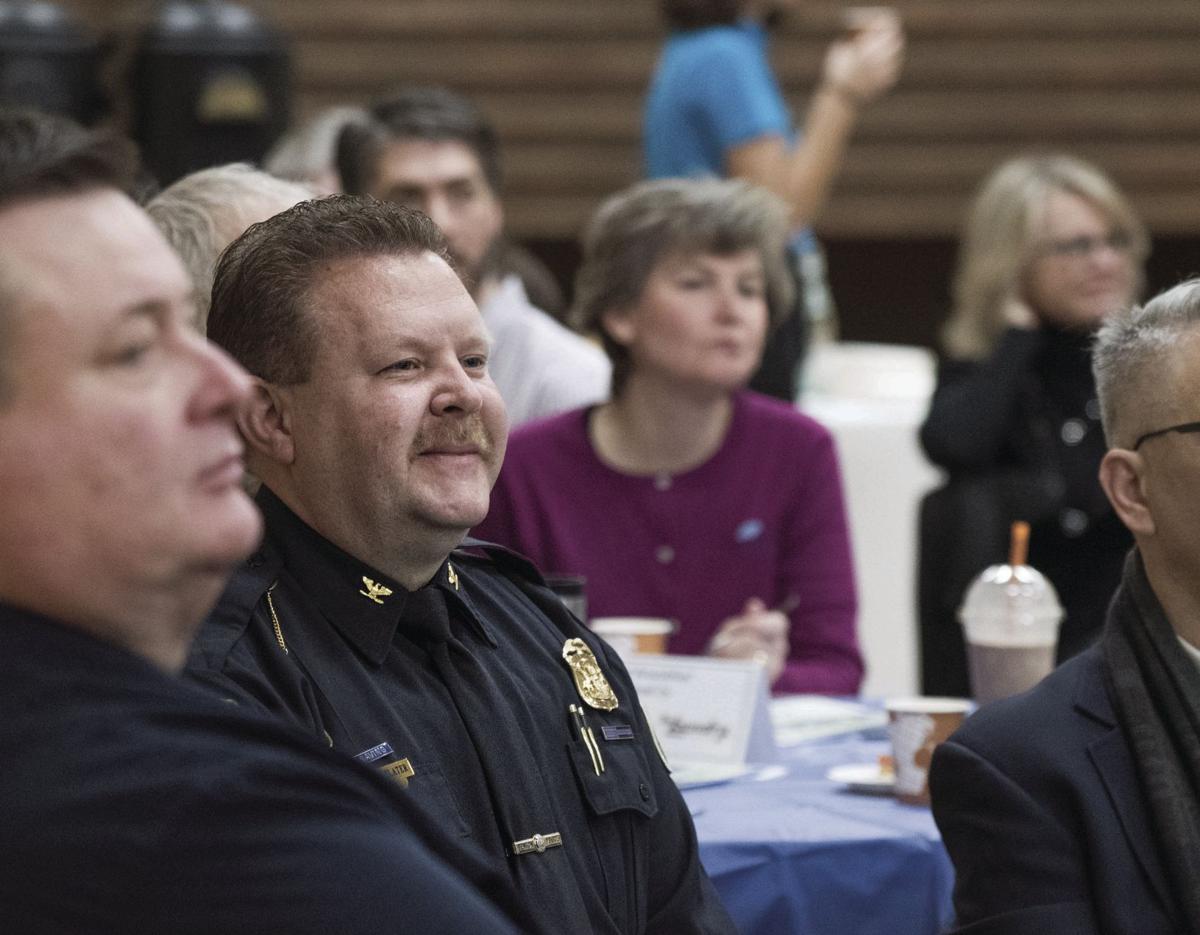 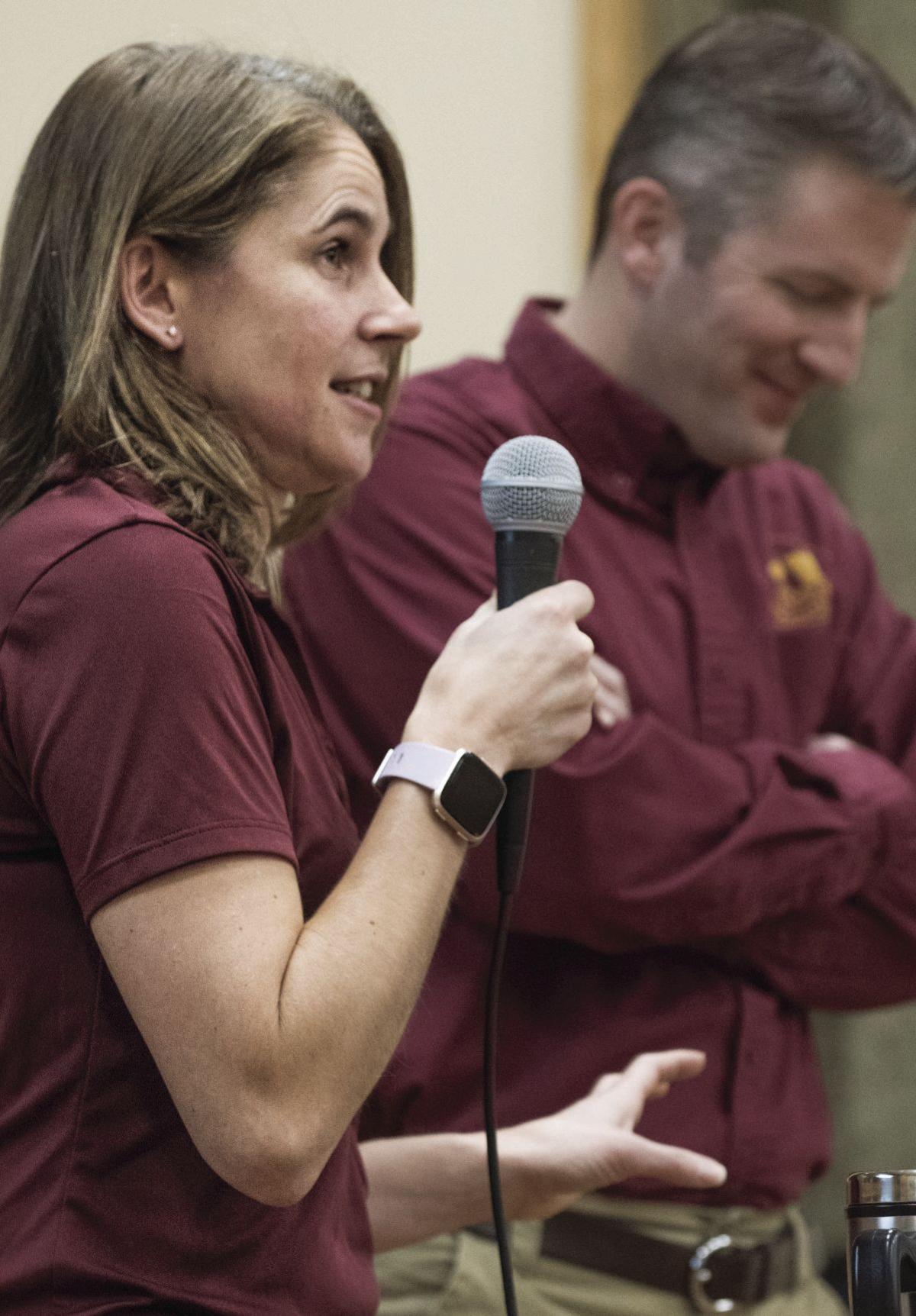 Ginny Sherrow and her husband, Matt share, their experience as owners of Fenton Winery and Brewery, and some of their goals for 2020. 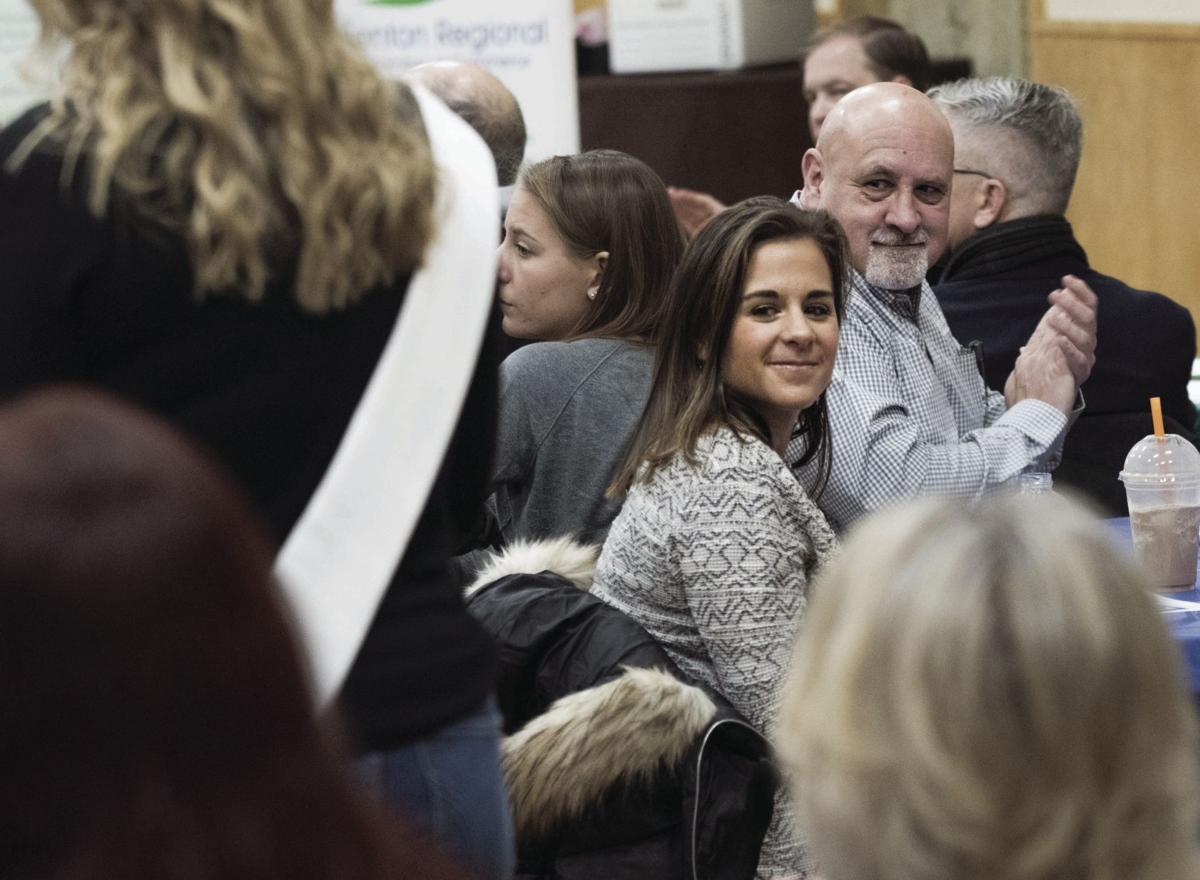 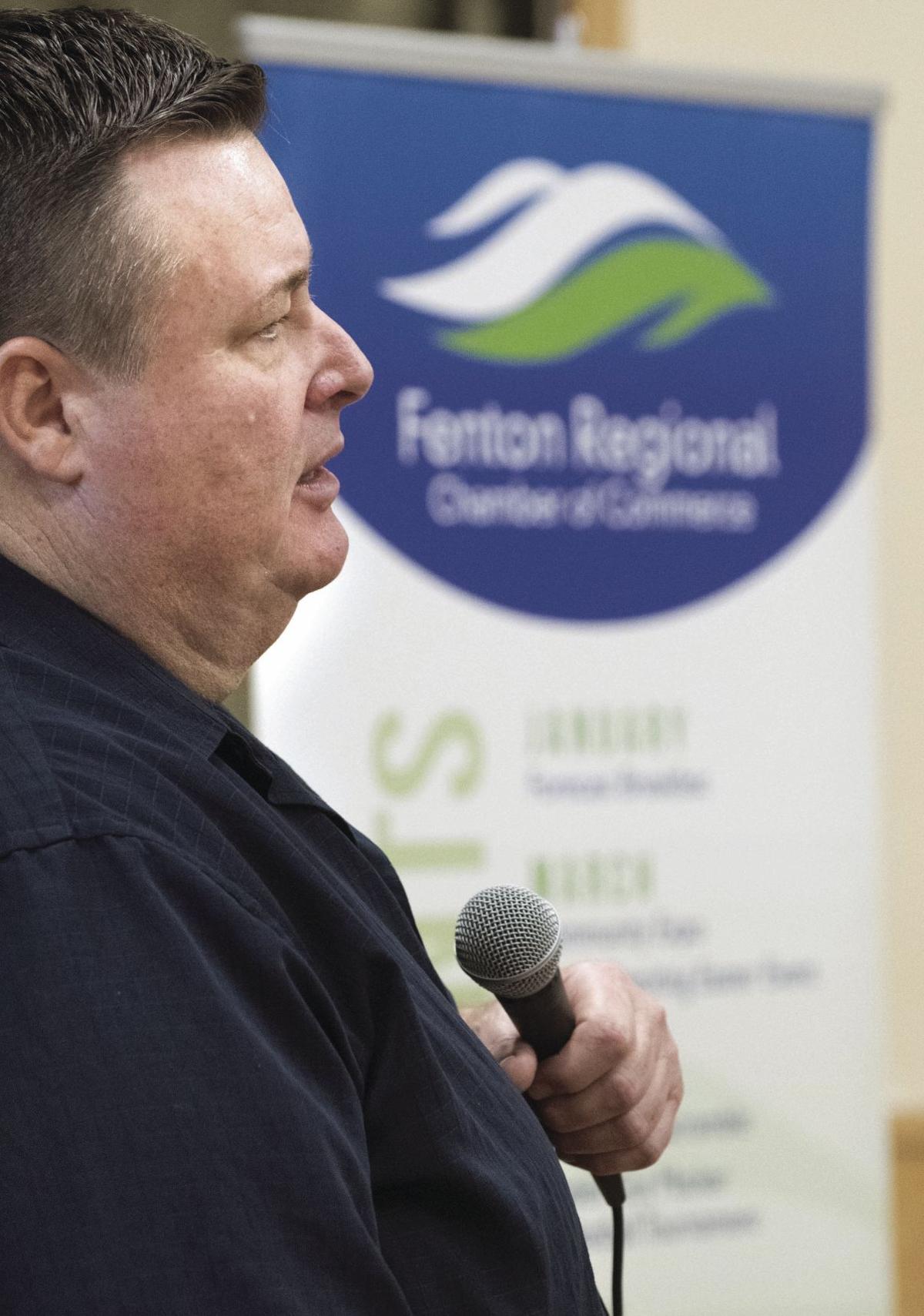 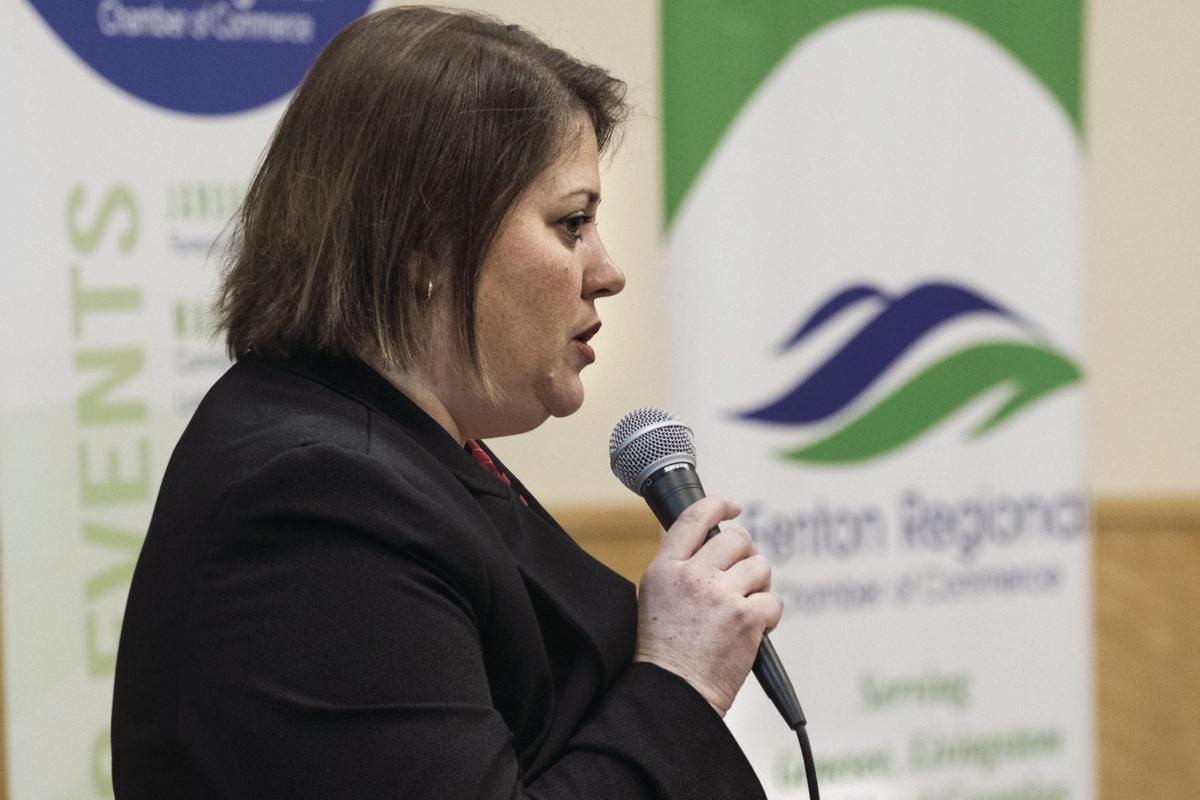 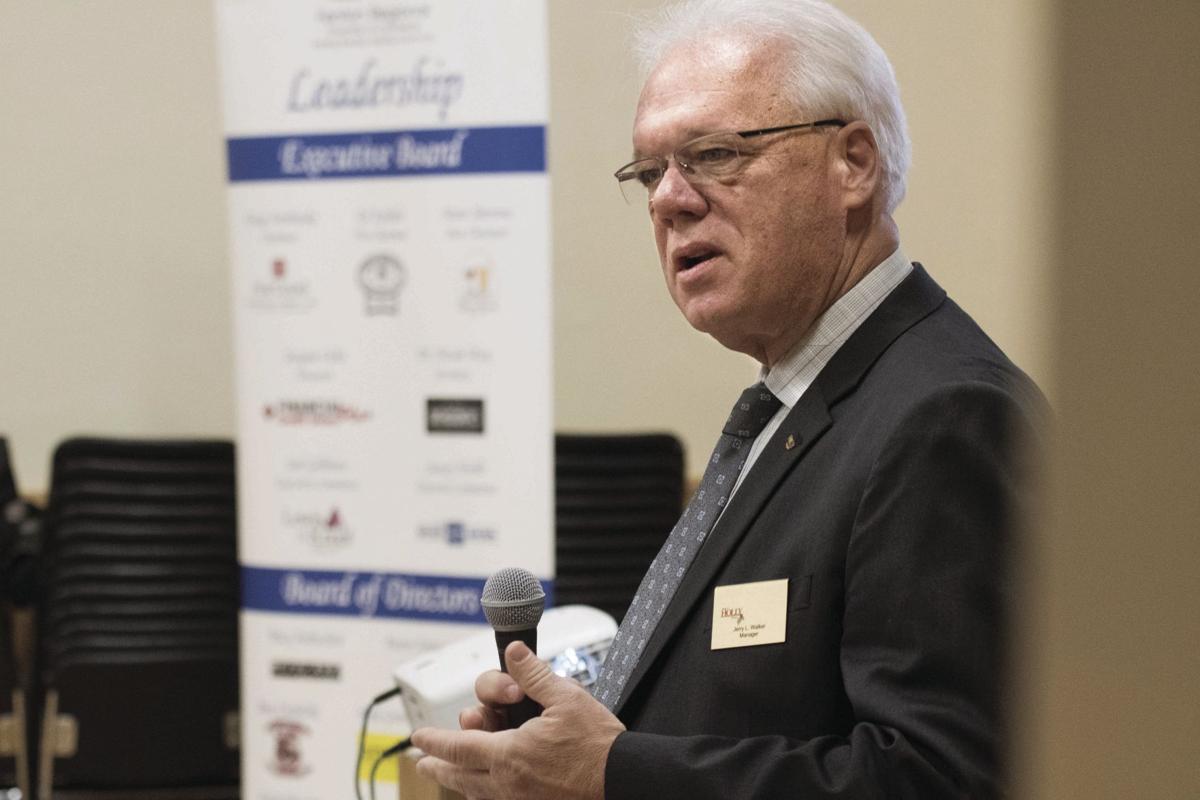 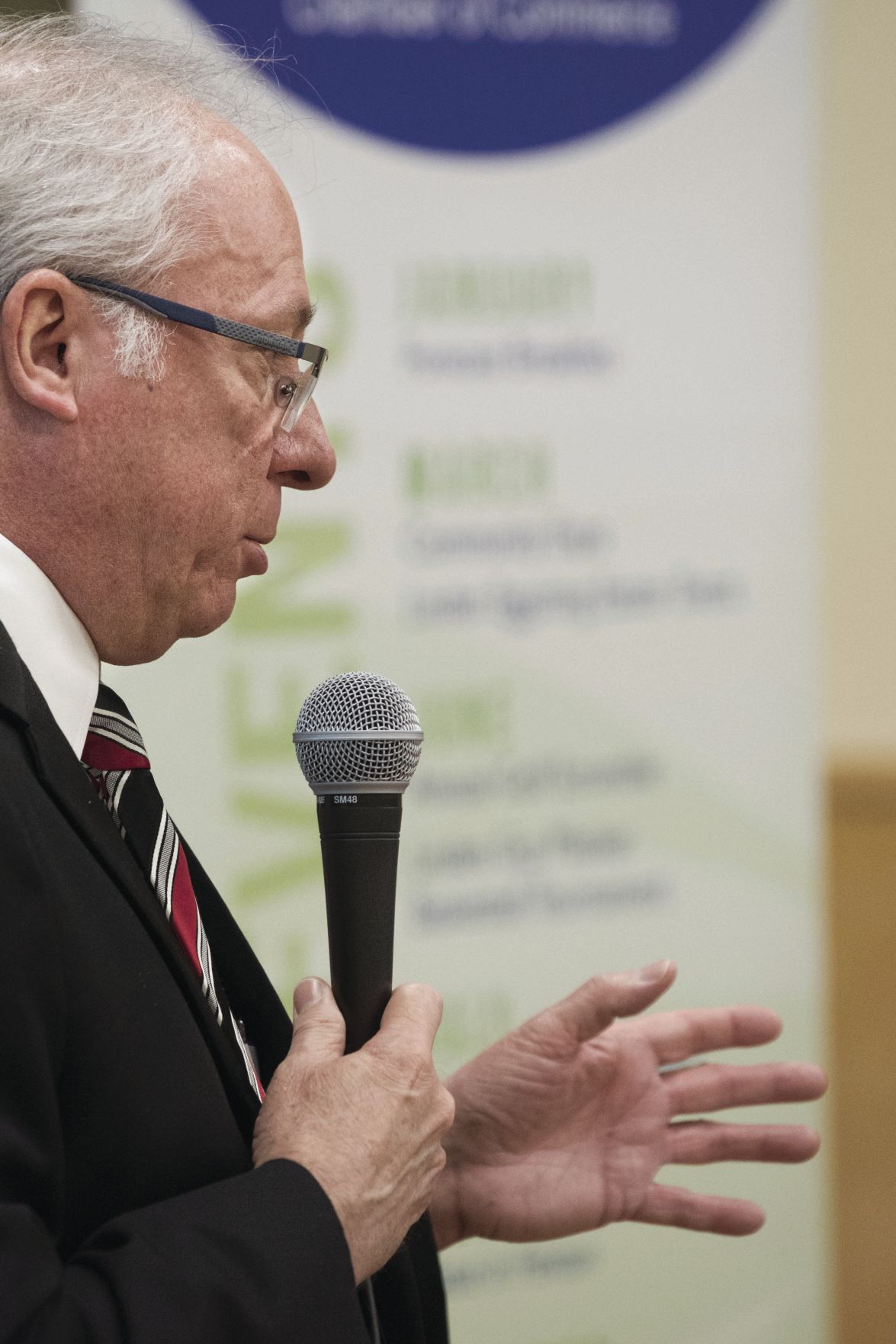 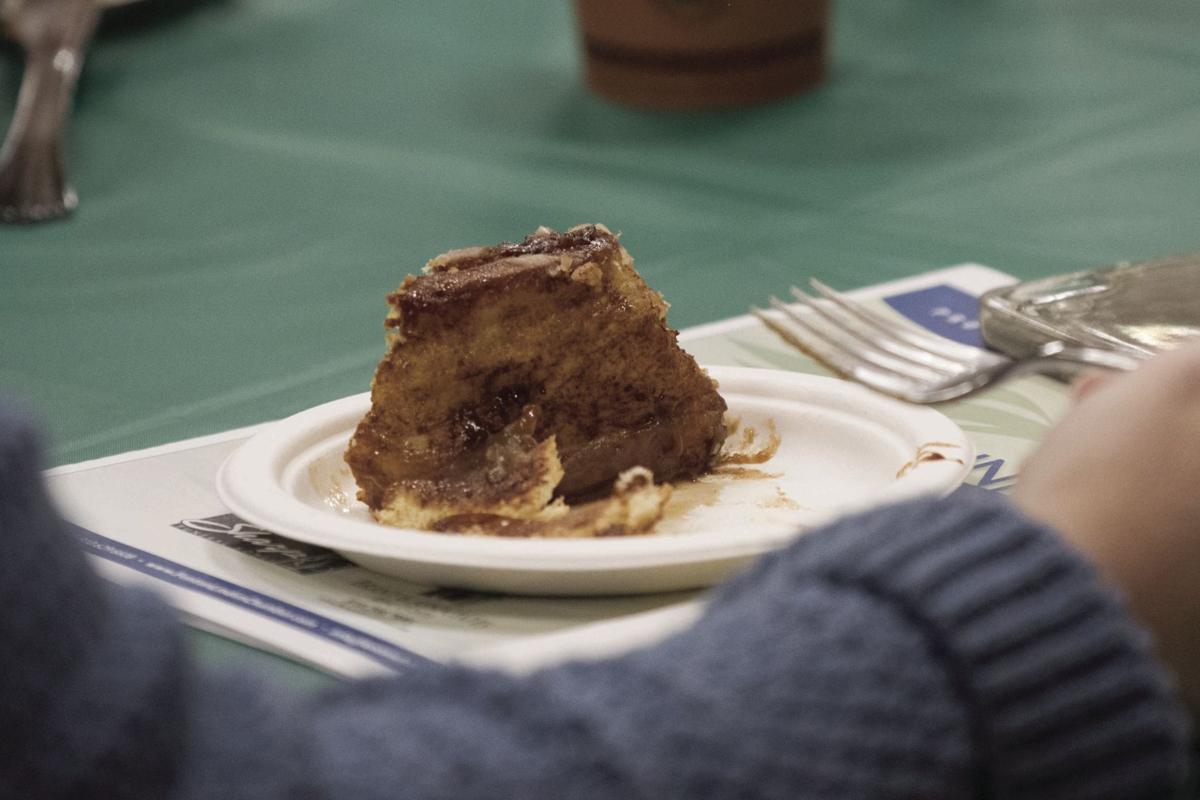 The 2020 Fenton Regional Chamber of Commerce Forecast Breakfast drew approximately 150 business people, municipal professionals and elected officials to hear about accomplishments in 2019, and hopes for 2020.

Ginny Sherrow and her husband, Matt share, their experience as owners of Fenton Winery and Brewery, and some of their goals for 2020.

Fenton — The 2020 Fenton Regional Chamber of Commerce Forecast Breakfast was one of the best attended in recent history, as observed by Realtor Patrik Welty, chairperson for the chamber’s Governance Committee.

There were no empty seats and the walls of the Fenton Community and Cultural Center were lined with chairs to accommodate the extra visitors.

Last year, 2019, was a good year for local municipalities and businesses alike, and they’re seeking similar progress in 2020.

These chamber-sponsored breakfasts are held annually to give the business community an insight into the year ahead and get a sense of how the previous year went. This year’s event was held Wednesday, Jan. 8.

Matt and Ginny Sherrow, owners of Fenton Winery & Brewery, spoke about their 12-year business journey changing menus and locations. They suggested businesses focus on their team and really determine who they are as a business.

“We’re determined to grow, so we’ll figure out how to do it,” Matt, who is vice-chairman of the Executive Board, said. Overall, Ginny said they are “cautiously optimistic.”

Local governments talked about what they accomplished in 2019 and what they’re working on this year.

Linden Mayor Danielle Cusson said, “2020 will be a year of positive change in the city of Linden.” She referenced large construction projects downtown.

Holly Village Manager Jerry Walker talked about their new police chief, their grant award for the train depot project and other accomplishments.

Fenton City Manager Lynn Markland discussed several projects, including ongoing construction for the new mixed-use building downtown, roadwork on Shiawassee Avenue and continuing work for the non-motorized bike path. A preliminary new idea is to plan and develop a public “plaza” at the community center. Markland said it’s in the conceptual stages, but could be built on the south lawn of the community center to hold events and be public space when not in use.

He discussed road repairs and how to fund them. “I’m not sure we can wait on Lansing to solve our problem,” he said.

For the second year in a row, Christopher Douglas, University of Michigan-Flint associate professor of economics, was keynote speaker. He’s also the chair of the Economics Department.

Douglas said that 2019 was mostly a strong year and no one would complain if 2020 brings similar stability and growth.

Still, he doesn’t expect another recession unless there’s a triggering event, like a surge in the price of oil. “If we can avoid bad events, we can avoid recession in 2020,” he said.