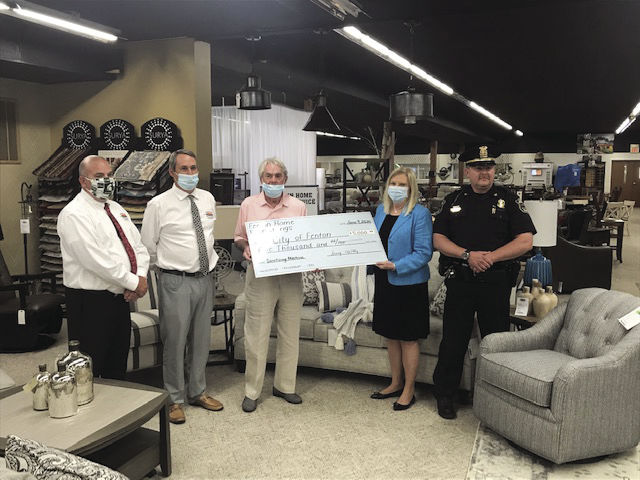 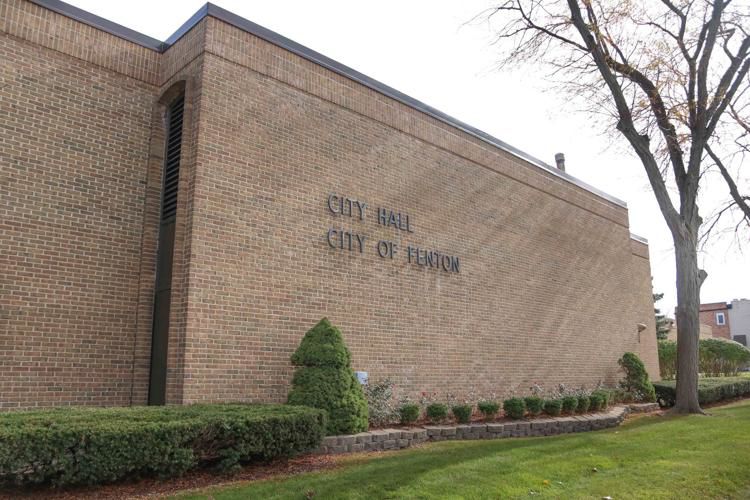 When the public is permitted to enter Fenton City Hall, the front office area will appear a bit differently. Because of the COVID-19 pandemic, city leaders made some changes to protect workers and residents coming in to take care of issues with the city.

City Manager Lynn Markland said some of the modifications include the purchase of an electrostatic sanitizing machine along with other improvements.

Fenton Home Furnishings, donated $5,000 to the city and his donation went toward the machine.

Willey said he and the mayor had been talking about the electrostatic sanitizer and the cost. He told her he’d cover half the cost, which he then thought was about $10,000.

“Fenton’s been good to me,” Willey said. “I like to pay back when I can. They’ve got some good leaders in there. I just love Fenton.”

“We are deeply thankful to Mr. Willey and his team at Fenton Home Furnishings,” Fenton Mayor Sue Osborn said. “Fenton Home Furnishings has long been a very important part of our business community, and this gift they’ve provided will not only benefit our city financially, it will help make it safer for all who live, work and visit city facilities.”

Subsequently, the spray contains positively charged particles that are able to aggressively adhere to surfaces and objects. Because the particles in the spray are positively charged, they cling to and coat any surface they’re aimed at. After the spray is applied, the sanitizing agent works to disinfect the covered surfaces.

Markland and Assistant City Manager Michael Hart worked together, with significant input from department heads including the police chief, fire chief, as well as the city attorney, to implement the changes.

Markland said the front counter in the main office was modified and a glass shield and speaker system was installed. The building’s HVAC system was also modified for higher quality air.

Although the building is closed to the public, Markland said city employees have been working throughout the coronavirus crisis to ensure the needs of residents are met.

Markland expects City Hall to reopen to the public mid-July.