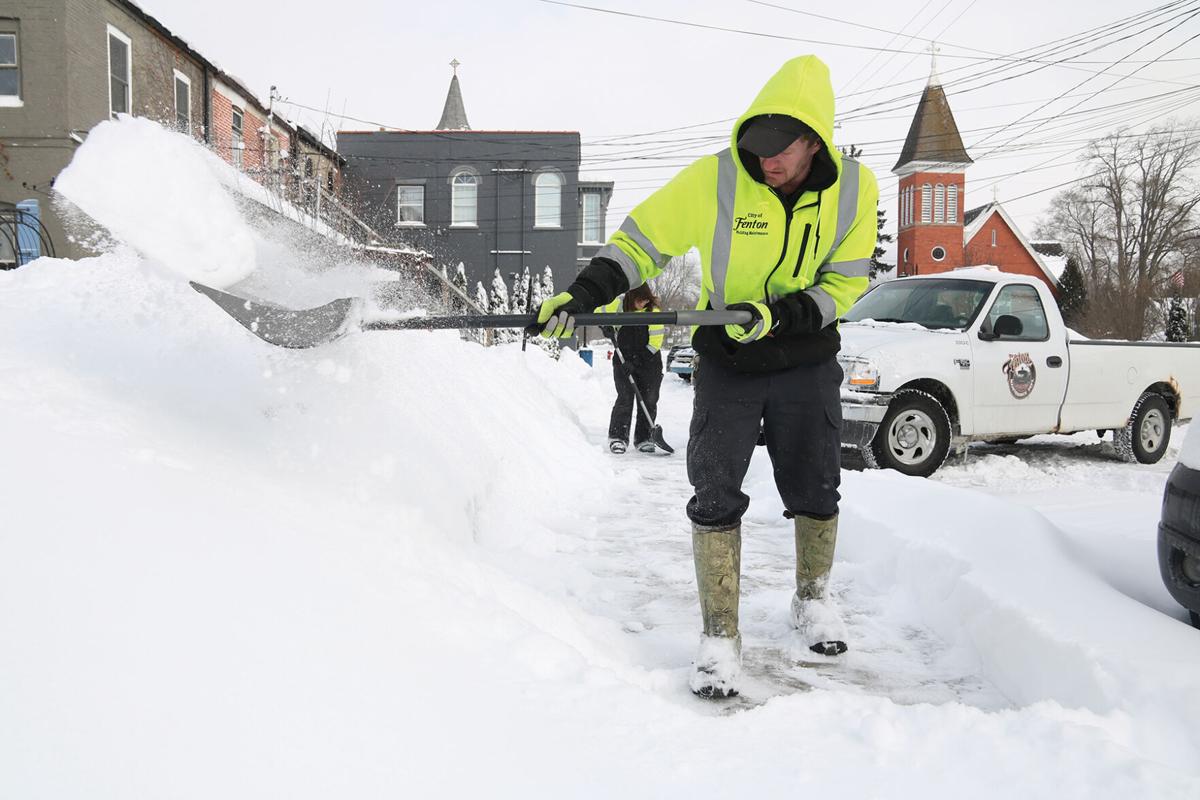 John Staisil, a worker with the Fenton Department of Public Works, shovels sidewalks in downtown Fenton on Tuesday, Feb. 16 after the area received 8-9 inches of snow overnight. 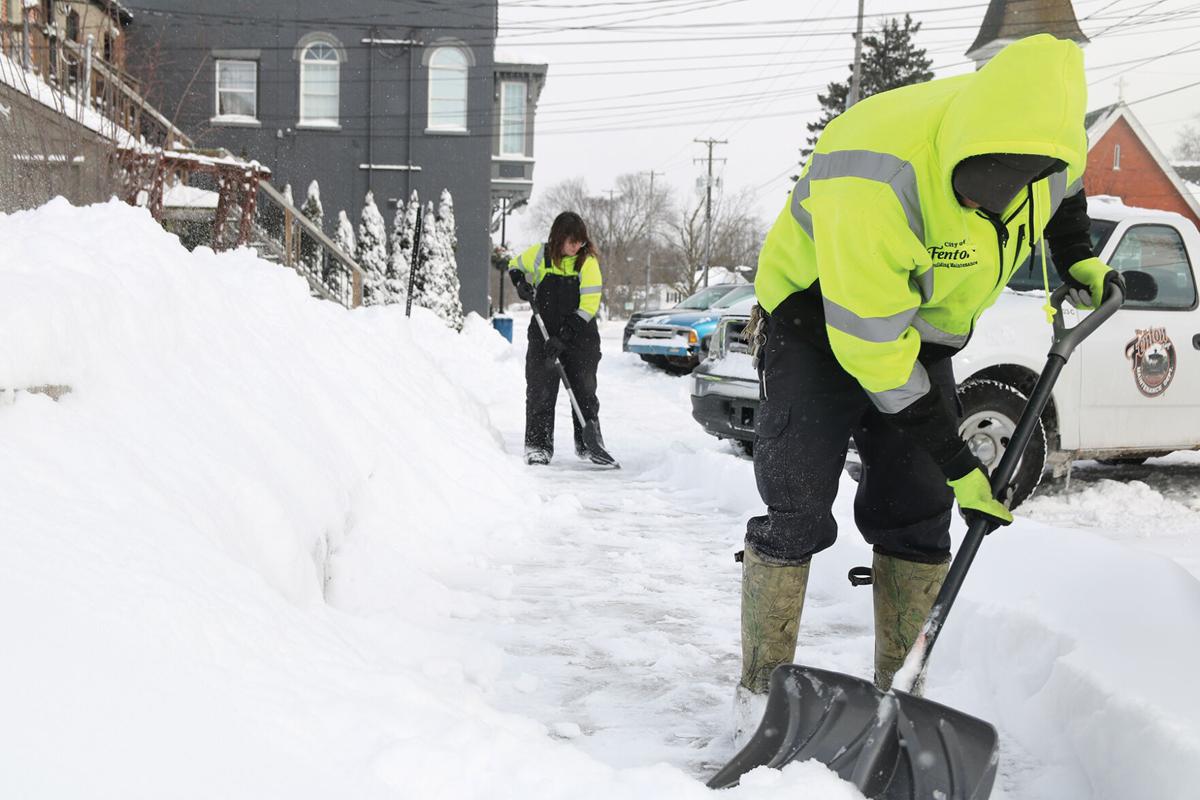 John Staisil and Sarah Angus, who do downtown maintenance with the Fenton Department of Public Works, shovel sidewalks in downtown Fenton on Tuesday, Feb. 16.

John Staisil, a worker with the Fenton Department of Public Works, shovels sidewalks in downtown Fenton on Tuesday, Feb. 16 after the area received 8-9 inches of snow overnight.

John Staisil and Sarah Angus, who do downtown maintenance with the Fenton Department of Public Works, shovel sidewalks in downtown Fenton on Tuesday, Feb. 16.

Department of public works employees have been busy this week dealing with the 8-9 inches of snow dropped on the area the night of Monday, Feb. 15. Fenton and the surrounding areas are expected to get more snow on Sunday.

Dan Brisson, director of the Fenton Department of Public Works (DPW), said these two past winters have started later in the season, and the snow has been milder and less frequent. He said the most challenging part is managing equipment, deicing chemicals and labor resources to “efficiently and effectively respond to the storm event.”

“The level of service needed for our busy community requires roads to be restored to bare pavement as quickly as possible while striving to use salt efficiently,” he said. “Salt only lasts about two hours and even less when applied during the snow event. It is the delicate balance of the level of service provided and being environmentally and fiscally responsible. Every storm is different where timing and use of resources necessarily varies.”

Salt usage is down “significantly” for the past two winter seasons because of the milder conditions. Brisson said they have used 190 tons of road salt on city streets this year. Last winter, they used 825 tons of salt for the season, and the 2018/19 winter season, they used 975 tons of salt.

For this coming week in February, temperatures are expected to be in the 20s with a few inches of snow expected, according to Accuweather.

Brisson said the roads are holding up “well” so far during this winter. The city has about 18 inches of frost in the ground.

“It is when the frost begins to thaw and freeze/thaw cycles occur that potholes are especially problematic,” he said. “March and April is our busiest season to address potholes where we prepare to run two or more patching crews. The city has two 4-ton asphalt hot box trailers that are utilized for pothole patching.”

On Tuesday, Feb. 16, department of public works employees were out shoveling sidewalks in the downtown area. Brisson said they clear sidewalks on city-owned property and adjacent property.

There are 13 full time employees, 11 of which hold a commercial driver’s license (CDL) that is required to operate dump truck/salt trucks. Brisson and two others, a deputy building official and one water treatment plant employee, hold a CDL driver license and will serve as back-up if needed.

“During a major snow event, all public works personnel are assigned to work the snow event,” Brisson said.

“Changes in temperature, both fall and spring, where ground temperature changes (and ground freezes) is when the Water Department can experience more frequent water main breaks. In 2020, we had 11 water main breaks in the city,” Brisson said. “Residents who have plumbing that is susceptible to freezing can run a pea-sized flow of water from faucets inside the home to reduce the chances of pipes freezing.”