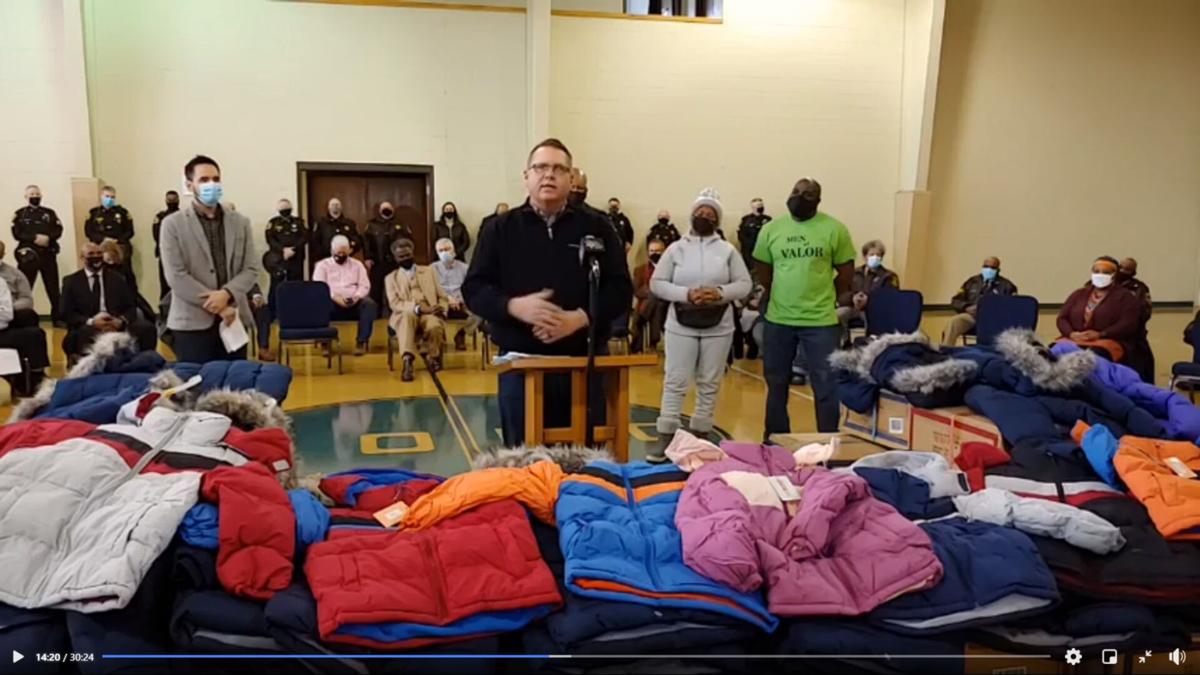 Bob Strygulec, co-director of the Fenton Center of Hope, speaks during Sheriff Chris Swanson’s weekly press briefing on Wednesday, Feb. 10 to announce that the Center of Hope is donating hundreds of coats to kids in need. 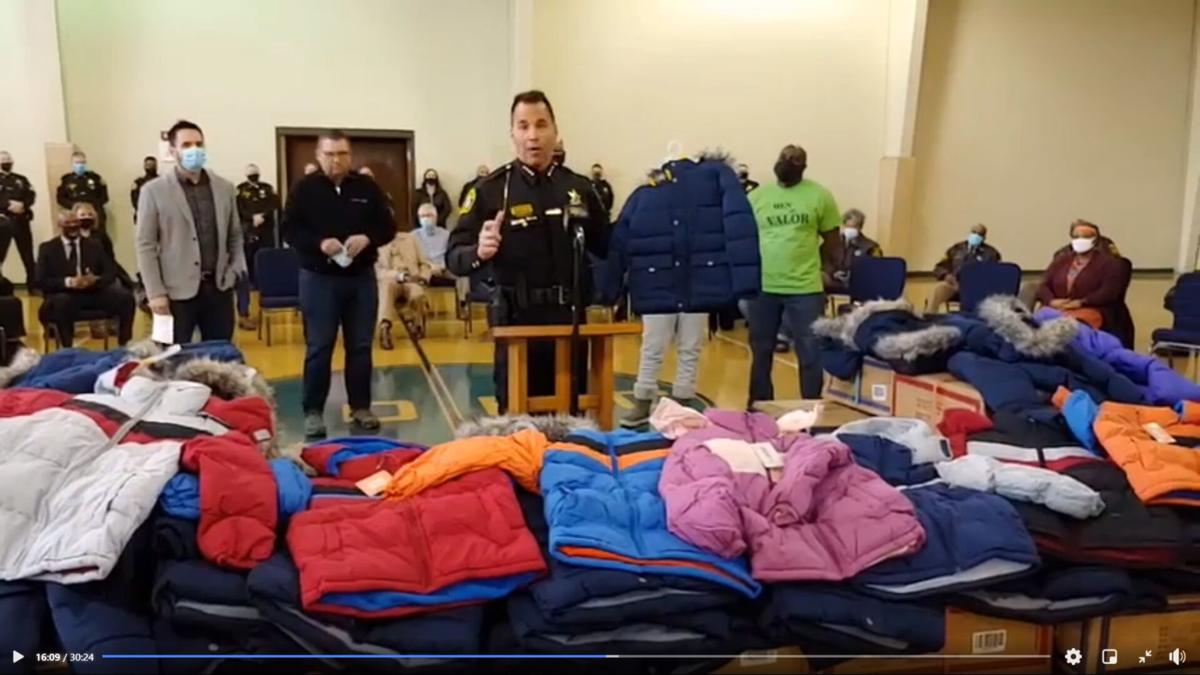 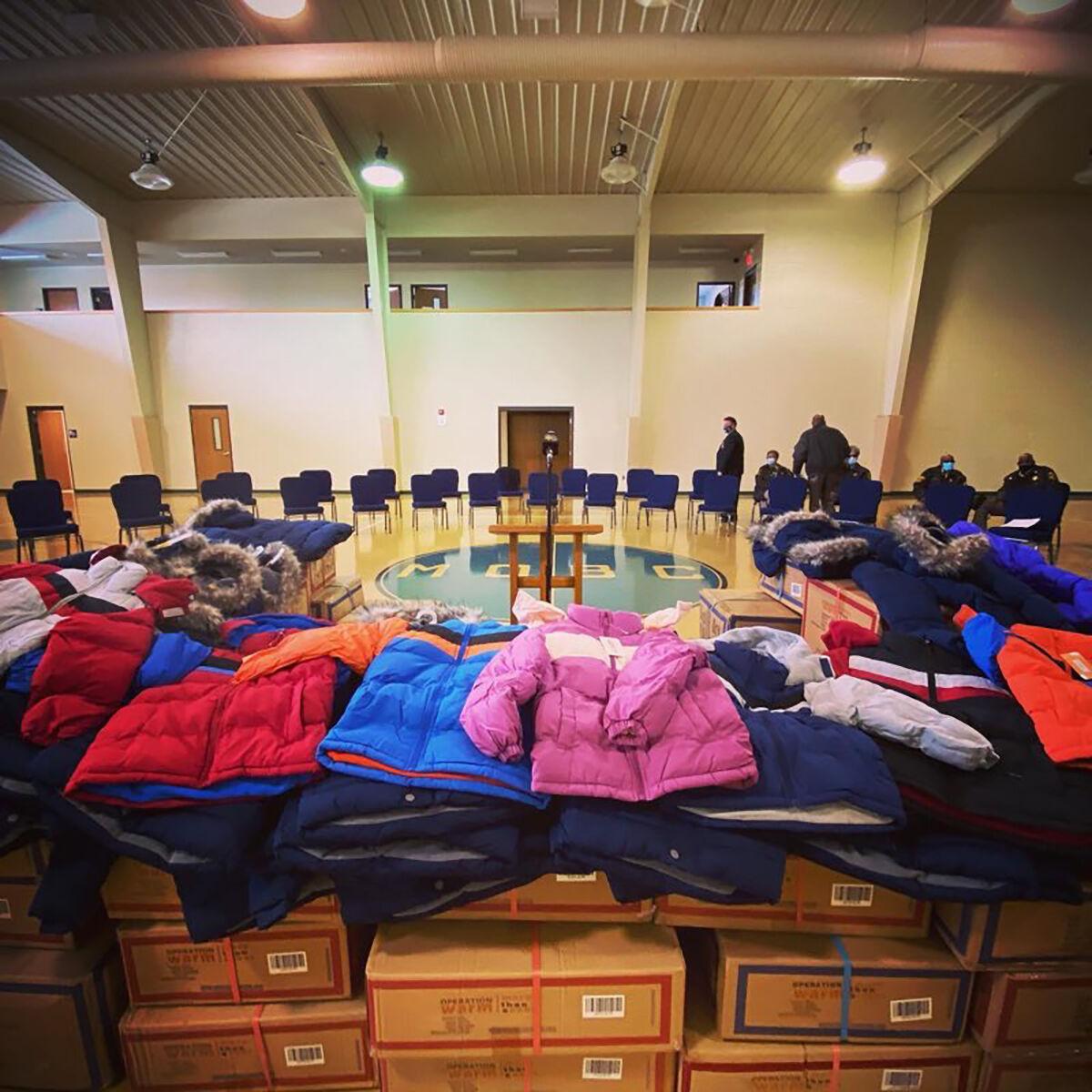 Bob Strygulec, co-director of the Fenton Center of Hope, speaks during Sheriff Chris Swanson’s weekly press briefing on Wednesday, Feb. 10 to announce that the Center of Hope is donating hundreds of coats to kids in need.

Thanks to a grant and community support, the Fenton Center of Hope is donating hundreds of coats to children in need in and out of Genesee County.

During his weekly press briefing Wednesday, Feb. 10, Genesee County Sheriff Chris Swanson thanked Bob and Jennifer Strygulec, co-directors of Fenton Center of Hope (COH), for their work on the Community Care Task Force. He announced the COH applied for a grant and received $11,000 to buy the coats, which will be given to kids at Flint schools, Richfield Academy and schools outside of Genesee County.

Bob Strygulec, standing behind a pile of coats during the live stream, said, “We’re truly honored to be here as part of this Community Care Task Force. It’s showing the unity and the togetherness that we have here as roots in Genesee County.”

He and Jennifer started Center of Hope four years ago. Their goal was to help people beyond only giving them food and physical resources.

“People need jobs. People need encouragement. People need mentoring and life skills, all those kinds of things,” Strygulec said. “We’re trying to figure out the underlying root cause of this need … we don’t know how to solve everything. That’s the cool thing about this Community Care Task Force. We’ve built relationships with people all around the county, other states.”

“These coats sitting in front of me, that’s a physical need we’re taking care of. When we’re able to give a coat to a young boy or a young girl in need … they don’t care where it came from, all they know is they are being loved. Our residents deserve it.

They should expect it. We serve a great community,” he said. “We’re looking forward to a great 2021 and

doing even more this year.”

The Community Care Task Force has delivered more than one million pounds of food to Genesee County residents during the pandemic. The COH has been a part of the task force since it began.

“It was because of their leadership that my own son Jordan delivered hundreds and hundreds bags of food in the north end without me asking him to do it. He saw the heart of the people, he’s from the area, and as a father, as a dad, Jordan, if you’re watching man, I love you for doing it,” Swanson said.