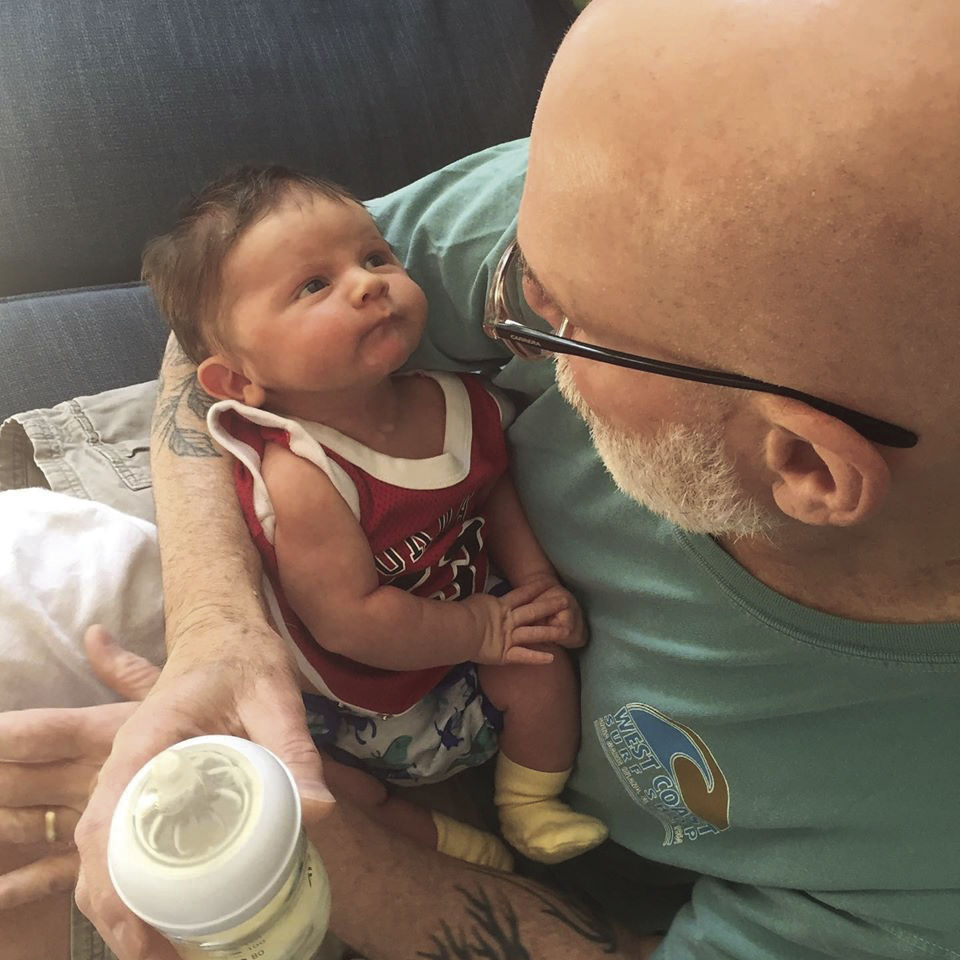 Pastor Mark Fisher holds his first grandchild during a recent visit with his daughter in Chicago. 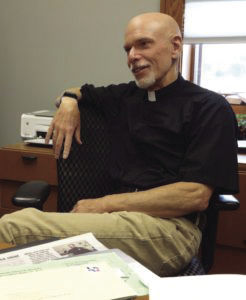 Mark Fisher, pastor at Transfiguration Lutheran Church in Fenton Township, says we need to celebrate the family and parenting by talking about it more.

Pastor Mark Fisher holds his first grandchild during a recent visit with his daughter in Chicago.

Mark Fisher, pastor at Transfiguration Lutheran Church in Fenton Township, says we need to celebrate the family and parenting by talking about it more.

The nation’s first Father’s Day was celebrated June 19, 1910, in the state of Washington. However, it was not until 1972, 58 years after President Woodrow Wilson made Mother’s Day official, that the day honoring fathers became a nationwide holiday in the United States.

“I think it’s important to remember that children need parents in their lives,” he said. “And as adults, our children need to be priority one.”

Based on what he has learned as a pastor and consultant, Fisher said for fathers it could be a challenge to recognize that being a parent needs to be just as important as the work they do in their career. He said that in our society, some men define themselves by what they do, more so than being a father. “That’s a problem,” Fisher said. “Can’t replace being a father. It all starts in the home. A healthy home is a healthy society.”

Fisher noticed during this COVID-19 pandemic that more people have had a chance to slow down and really engage with each other. “They recognized how important family is,” he said.

His vision for men to be good fathers is to put themselves in their child’s shoes. “Think what you were hoping for when you were a child and become that vision,” he said.

Fisher recognizes that not everyone can celebrate having a good father. After a challenging childhood himself, he rose to the occasion to be a good dad.

“Look for good role models, people who did it well and learn from them,” he said.

Through his work, Fisher has learned that we need to develop a culture where we ask fathers about their children. Ask, “How are your kids? This would force fathers to answer,” he said. “Men don’t get that question much while at work, but it’s an important question.

“We need to celebrate children at the workplace. It makes for healthier employees.

“Celebrate the family and parenting by talking about it. Questions open doors.”

Fisher has recently become a grandfather and went to Chicago to visit with his daughter and grandchild. “It was pretty cool. It’s a game changer,” he said.

His advice for new fathers who might be nervous is, “It’s good to be nervous. That shows you care. In the end, celebrate each day of life. Enjoy it as a gift. Trust that you will do the right thing. Care for each other. Let your child love on you. Let your wife love on you. If you receive love you can give love so much more.”