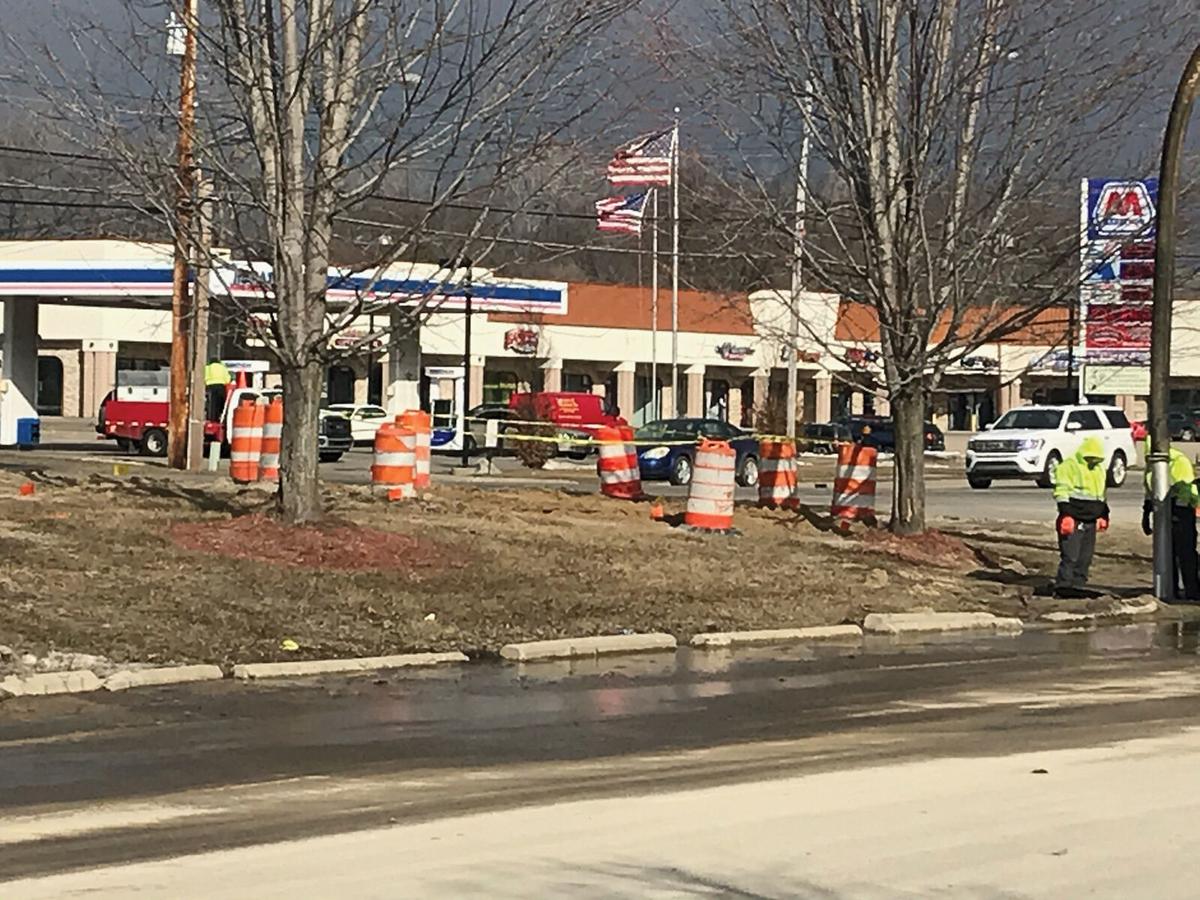 A crew works Thursday, March 4 to clean the area of the water main break on N. LeRoy Street on the edge of the parking lot in front of VG’s grocery store that occurred the day prior. 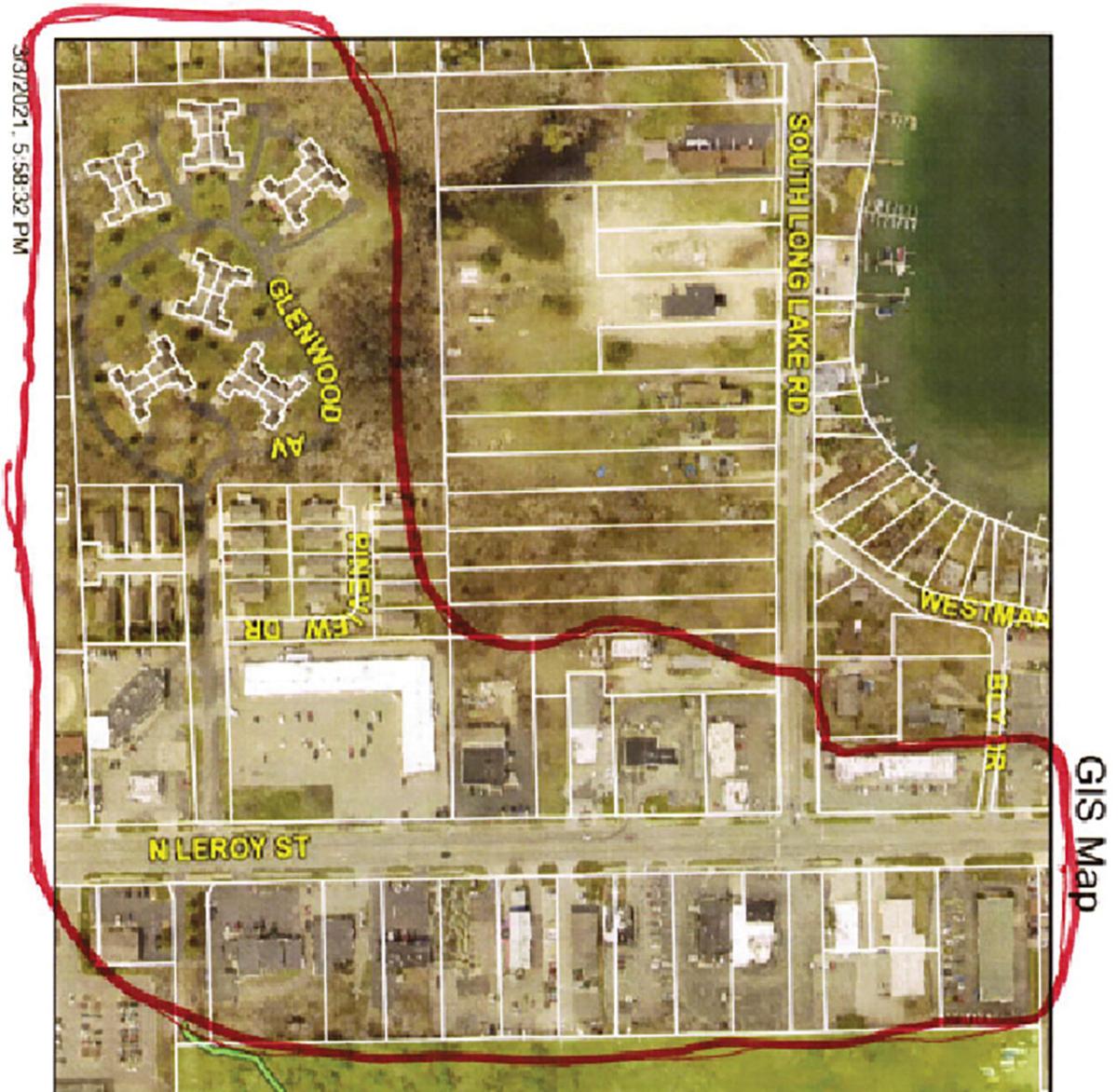 This map outlines the area of Fenton City that is affected by a water main break March 3. A boil water advisory was issued for 24 hours.

A crew works Thursday, March 4 to clean the area of the water main break on N. LeRoy Street on the edge of the parking lot in front of VG’s grocery store that occurred the day prior.

This map outlines the area of Fenton City that is affected by a water main break March 3. A boil water advisory was issued for 24 hours.

On Wednesday afternoon, March 3, some city of Fenton residents and businesses were affected by a water main break. The areas of N. LeRoy Street from address 1367 north to 1580, Glenwood Avenue, Glenwood condos and Pinewood Drive were advised to boil water before using.

Stephen Guy, water department supervisor, issued the boil water advisory for 48 hours. The break was fixed by 7 p.m. on Wednesday, but the city issued a boil water notice for a limited area.

Due to a drop in pressure in the Fenton water supply, bacterial contamination may have occurred in the water system. Bacteria are generally not harmful and are common throughout our environment. Approximately three hours of correction measures were undertaken to fix the break.

The Fenton water department worked to get pressure restored and water staff took remedial actions such as flushing and collecting bacteriological samples from around the system.

Guy said that a hole had worn through the bottom of the water main, which was installed in 1978.  The hole was about 40 feet north of the last break and caused by the same thing.  At the point of the break, the main deflects from under the road and runs closer to the sidewalk so there was not road damage like the last time.

In most cases, in the city, the water mains are looped so that the water comes in or is fed from two directions. Guy said when a main is throttled, not shut all the way off, where there are two feed points the pressure will stay up across the affected area.

The water mains are usually fixed under positive pressure so that there is no chance that contamination can enter the main, which is why most main breaks do not need a boil water notice to be issued.

On N. LeRoy Street north of Dauner Road, the main is fed from only one direction, south.  So even though there is still positive pressure where the break is, it’s not enough to keep water flowing continuously to the end of the line.  As a precaution, a boil notice was issued.

Guy said if there is only a crack and the main is not “opened up” one set of samples can be taken but if there is a chance for dirt to get into the main, as there is when there is a hole, two sets of samples are taken.  After the break is fixed, the main is flushed so that fresh water with plenty of chlorine residual runs to the end ensuring the whole line is disinfected.  The samples are then taken to see if bacteria grows and if not, either contamination did not get into the main or if it did, it was adequately disinfected.

When the samples come back absent for bacteria, the order is lifted.

Community water systems are required to contact the Michigan Department of Environment, Great Lakes, and Energy (EGLE) and the health department when a boil notice is given so that they are aware of the notice how many people are affected and for how long.