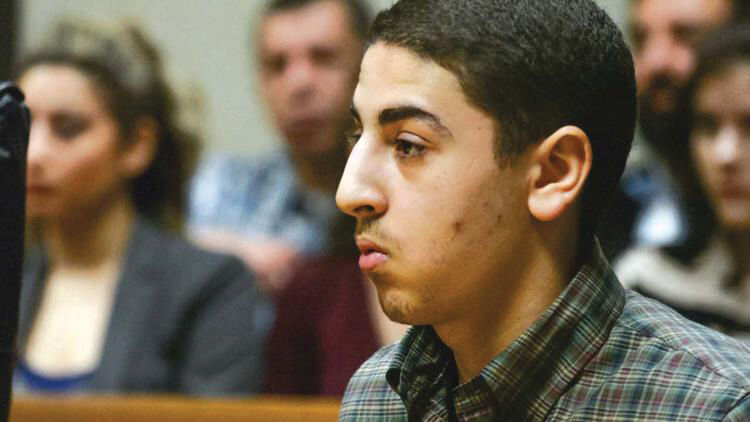 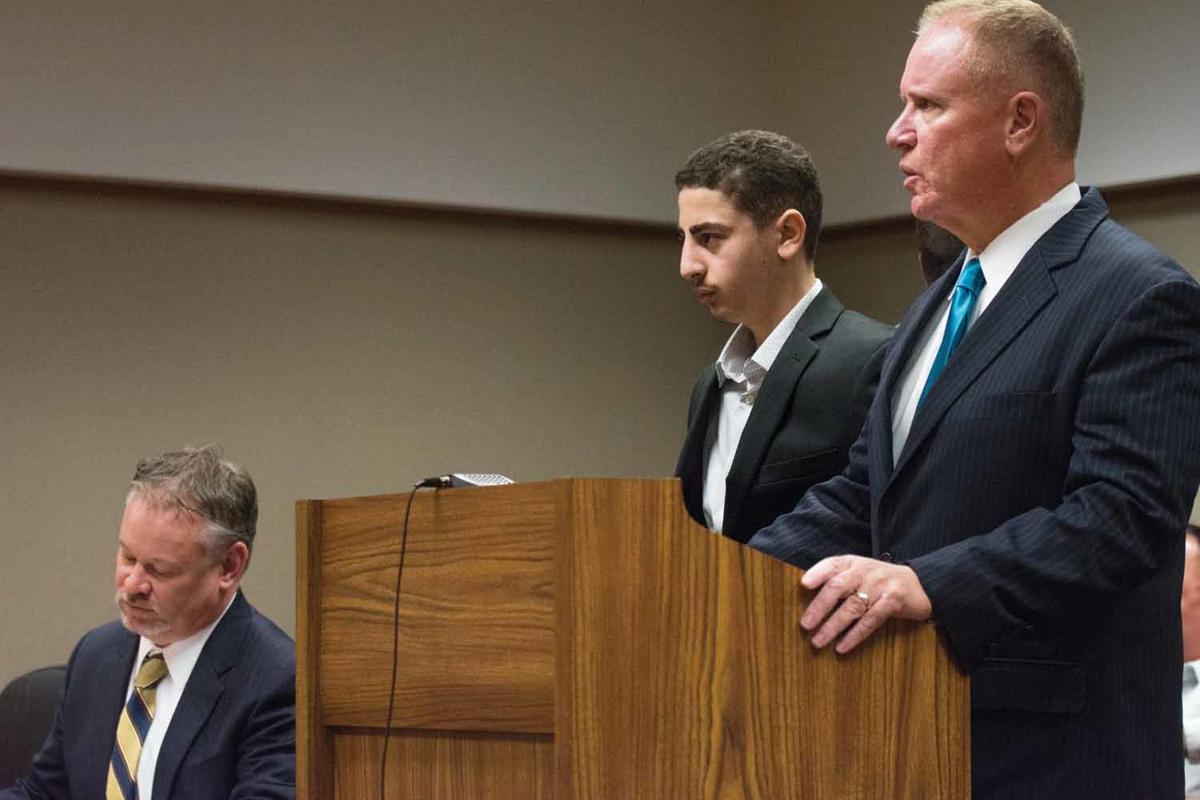 Attorney Frank Manley stands with one of his current clients, Abdurrahman “Abdu” Ahmed Akl, in court for an open murder pretrial session.

Attorney Frank Manley stands with one of his current clients, Abdurrahman “Abdu” Ahmed Akl, in court for an open murder pretrial session.

Abdurrahman “Abdu” Ahmed Akl, 19, was sentenced Friday, Sept. 4 by Genesee County Circuit Court Judge David Newblatt in the March 4, 2017 shooting death of Brady Alan Morris who was 18 at the time of the shooting.

Through a plea agreement between prosecution and defense, Akl pleaded guilty Aug. 13 to an amended charge of manslaughter rather than open murder. Manslaughter carries a sentence of up to 15 years in prison and/or $7,500 in fines. Akl also pleaded guilty to felony firearm, which carries a mandatory two years imprisonment.

On Friday, Sept. 4, Newblatt sentenced Akl to a minimum of 57 months up to 180 months, which is the statutory maximum sentence. Akl also was sentenced to a mandatory two years for felony firearm.

Akl was arrested the night of the shooting and with bond denied, has been in custody at the Genesee Valley Regional Center ever since.

Since Akl has been in custody since the night of the shooting, or approximately three years and six months, he would be credited those days already served to go toward the two-year mandatory sentence for felony firearm.

Circuit Court Judge David Newblatt told Akl that whatever number of days is left over beyond the two years would go toward his sentence in manslaughter.

Russell and Robin Morris, Brady’s parents, attended the sentencing. Prior to hearing Akl’s sentence, Robin read a letter to Judge Newblatt. In her statement, Robin said that Akl is a sociopath who stole their son’s life. “Brady didn’t deserve to be murdered,” she said. “How do you accidentally shoot someone? It wasn’t an accident.”

Assistant Prosecuting Attorney Jen Janetsky said that because there would be no trial, the Morris’ were unable to be heard and they were unable to hear directly from Akl on what happened the night of the shooting. “The family wants to know what happened,” she said. “They don’t understand. We ask for the highest possible sentence.”

Akl’s defense attorney, Frank Manley, said, “My client is not a sociopath and murderer. He was a kid. They’re kids. We need to stay on facts. Brady wasn’t a saint.” Manley added that Brady lived at the Akls home for two months prior to the shooting and they were good friends. “They were kids doing things they shouldn’t be doing. There are no facts that he intended to kill his friend.”

Akl also took the opportunity to speak during his sentencing. He said, “I haven’t lied about anything. … I also hurt my family and I’d like to apologize. I’m really sorry, your honor. I was being stupid. If I could switch places, I would.

“I have to show others that this is not the way to be. I want to be a positive person. I have learned from my mistake. I wish I could turn time back.”

Newblatt was assigned to this case in February and told the courtroom that he did not know Brady, however, he has read the many letters from Brady’s family and friends and saw a photo of Brady from when he was a small boy. He said he felt like he got to know Brady. He added that one letter he received from the Morris’ was signed, “from the heartbroken parents of Brady Morris.”

The judge said the characteristics of Brady described by his family and friends that stood out to him included “funny, kind-hearted and goofy.”

Newblatt said he felt the Akl family should have been aware of some of what was going on in their home.

“What did the family know? What was going on? This was not an accident; it was more than an accident,” Newblatt said. “The most telling fact was the contact to the back of the head.” He added that if he were Brady’s family, he would think Akl was a cold-blooded murderer and sociopath. “I don’t blame them for feeling this,” he said.

“But it’s not what I see. There’s no motive for Mr. Akl to do what he did. Mr. Akl invited Brady to live with his family. They were good friends. It makes no sense. I have to follow the evidence.”

Newblatt compared Akl’s behavior to foolish bravado. “His behavior was dangerous. I don’t know why the family tolerated his behavior,” he said.

To calculate Akl’s sentence, Newblatt said he took into account Akl’s age of 16 at the time of the shooting, the remorse he exhibited from the police vehicle dash cam, and his maturing behavior at the juvenile detention center.

Night of the shooting

The Genesee County Sheriff’s deputies and Fenton police responded to Akl’s home at 14170 Moffett Dr. on Lake Fenton in Fenton Township at approximately 11 p.m. on March 4, 2017 in response to a 911 call regarding a male with a gunshot wound to the head.

Akl was immediately taken into custody. A semi-automatic Glock pistol was found on the front porch and secured by police.

The two teens, who were reportedly friends, were alone on the first floor of the residence when the shooting occurred. Other members of Akl’s family and one other guest were on the second and third floors.

According to the autopsy report, it appears that Morris was shot from behind at point blank range on the top left side of his head.

The initial 911 call, which was placed by Akl, and backseat police car footage was played during pretrial motions in district court in spring of 2018. It featured a “hysterical” Akl begging for “suicide by cop,” and screaming at the 911 dispatcher, “I literally killed my friend.”

During his plea hearing Aug. 13, Akl told the judge that Morris, who was living with the Akls, was “my best friend. I knew him from school.” He told the judge that he and Morris had been playing around with the gun. Akl also admitted to smoking marijuana that night. They would take turns shooting. “I thought the gun was empty. I loved Brady. It went off and I realized it was loaded,” he said.

One round had been in the chamber.

“He was my best friend. It hurt me. It hurt my family,” he said.

Despite having used guns in the past, Akl acknowledged that on the night of the fatal shooting he had not checked the chamber to see if it was empty.