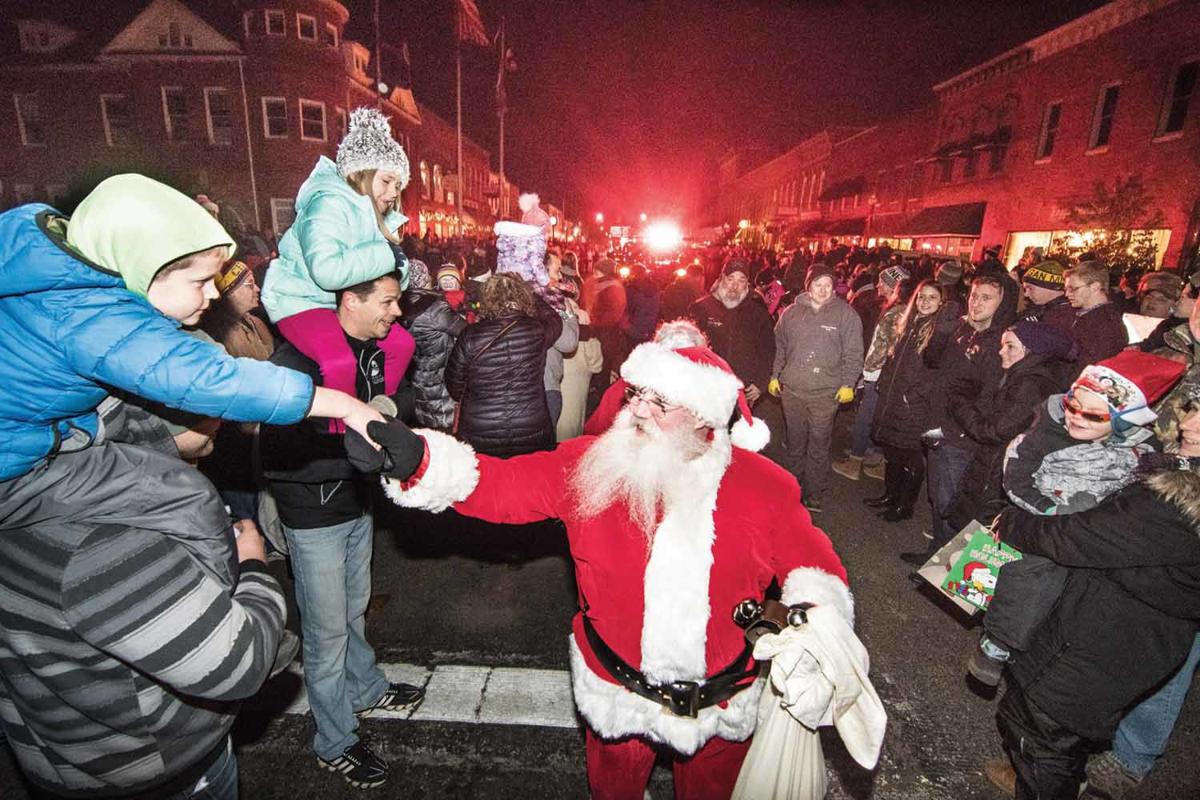 Santa Claus strolls through the downtown Holly crowd during the lighted parade on Friday, Nov. 23, which kicked off the 2018 Dickens Festival three-week schedule. This is the 45th year of the event which continues to grow. 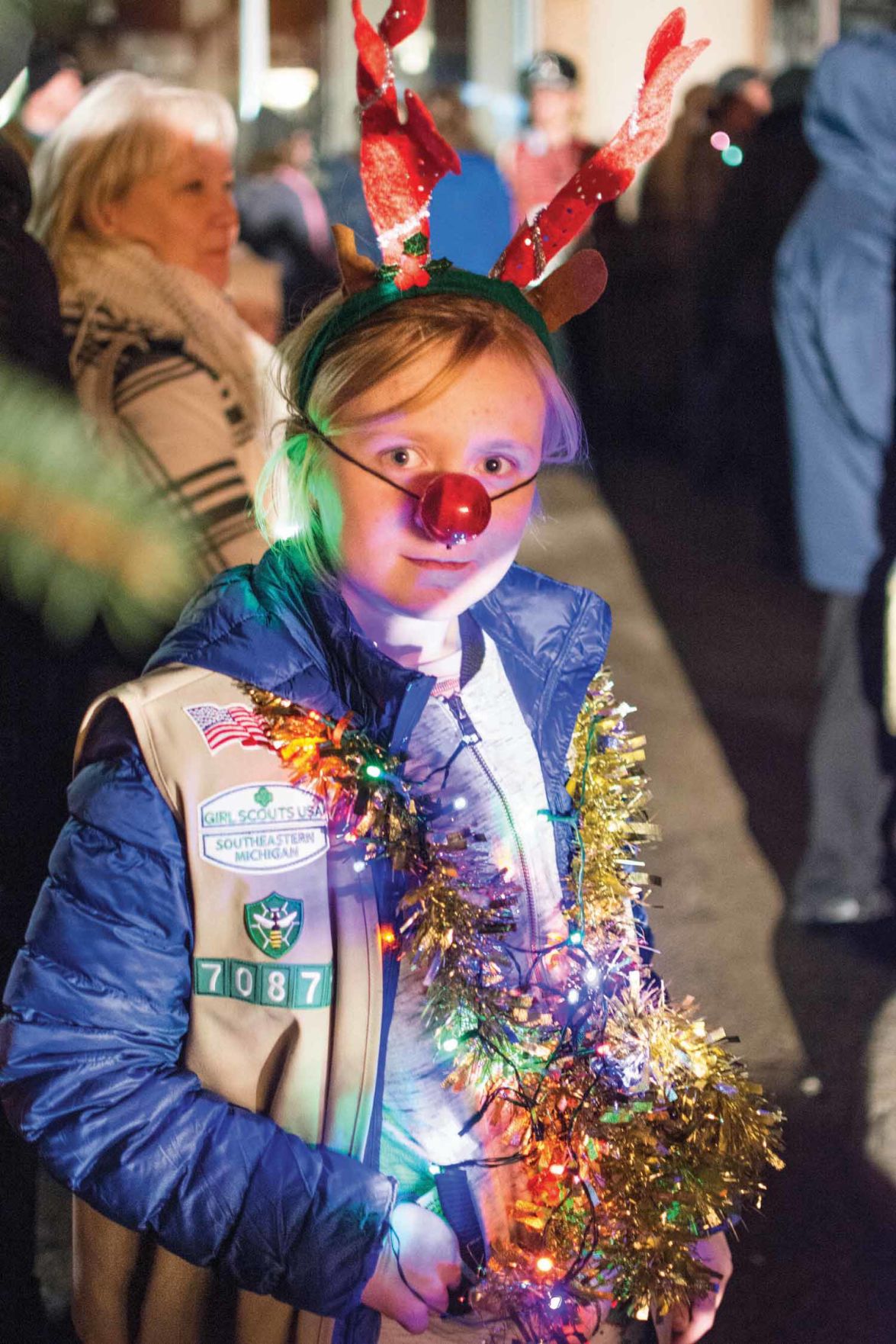 The lighted parade included many visitors who added LED lighting to their clothing. 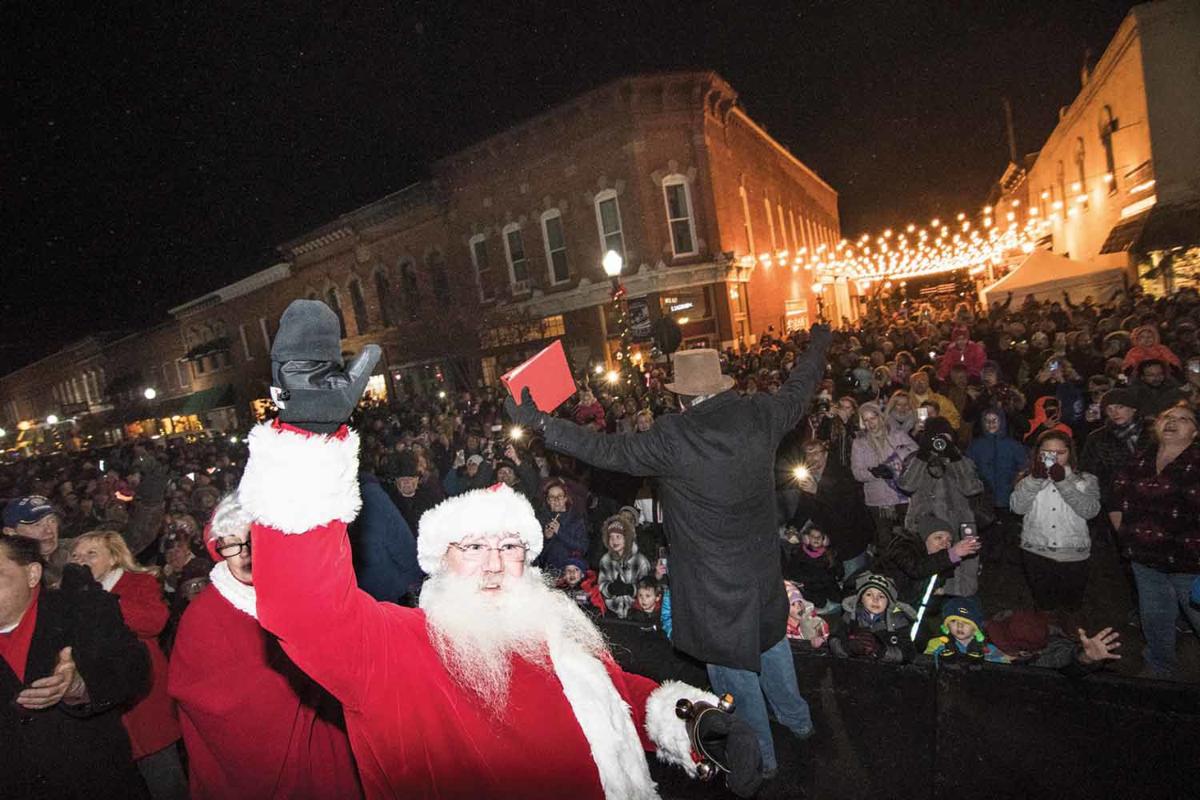 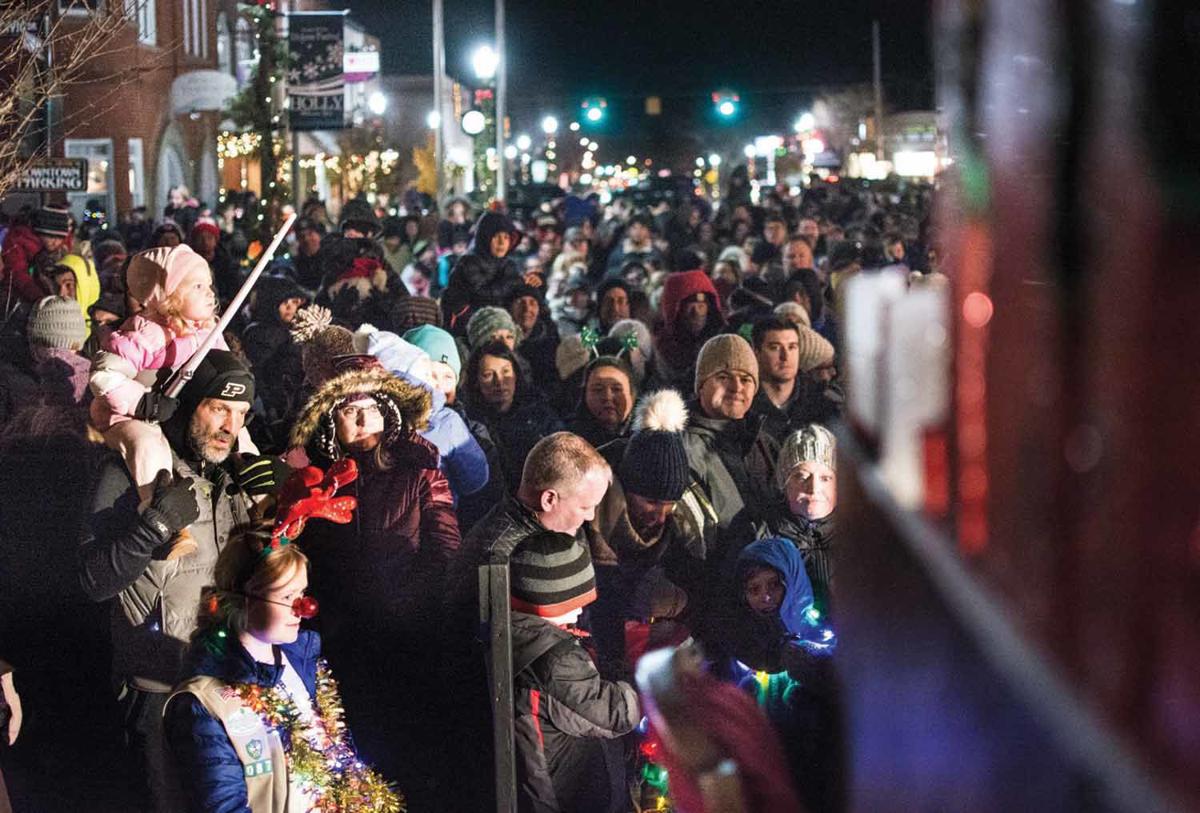 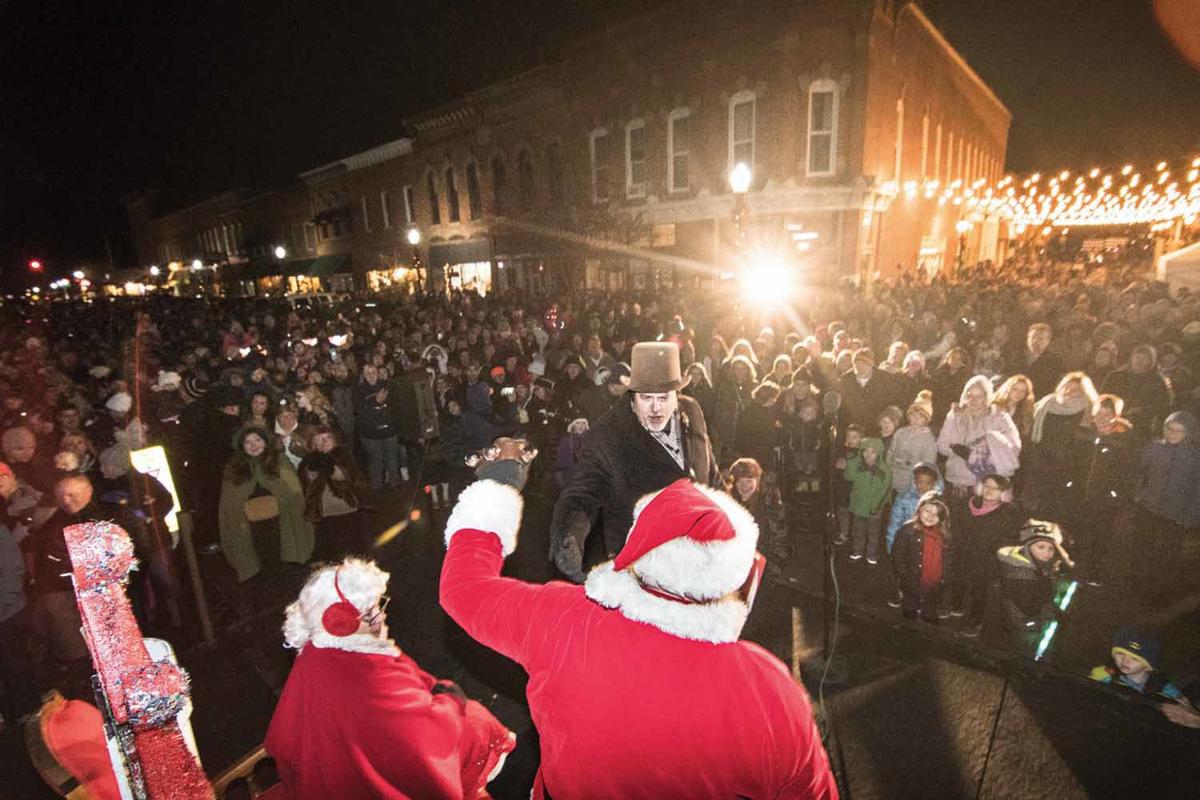 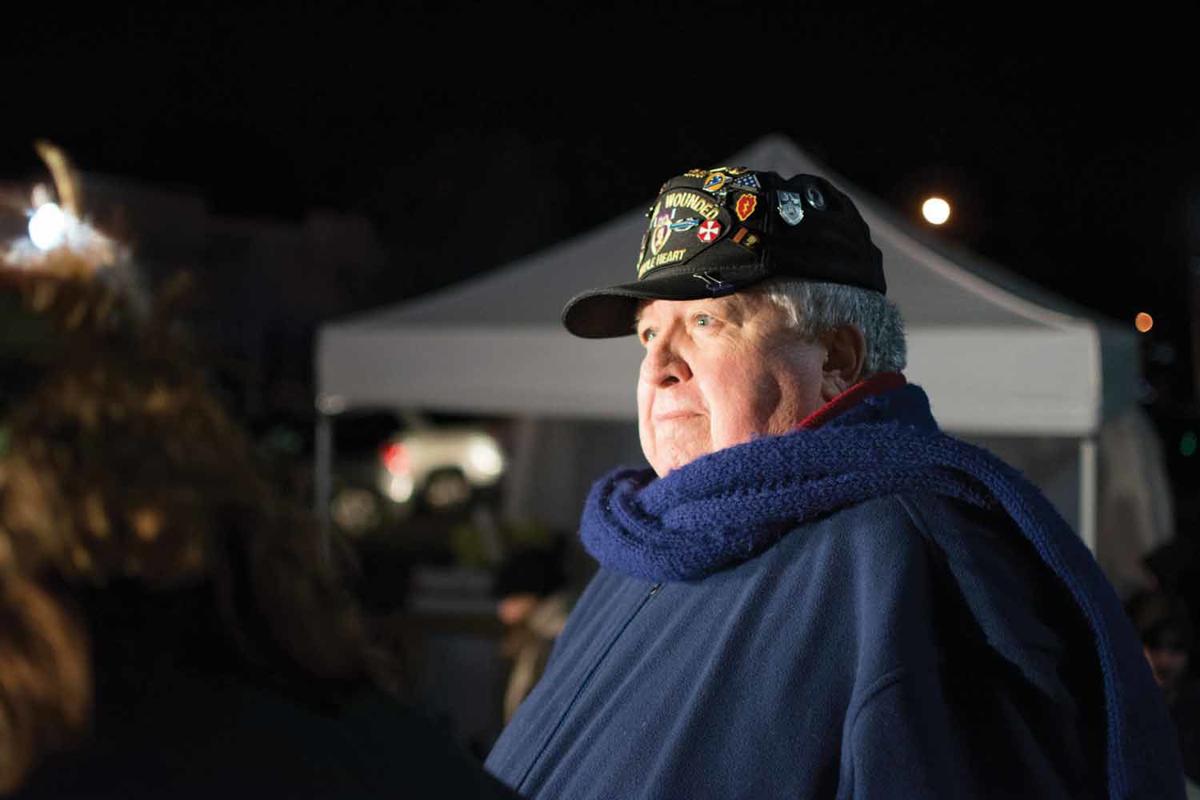 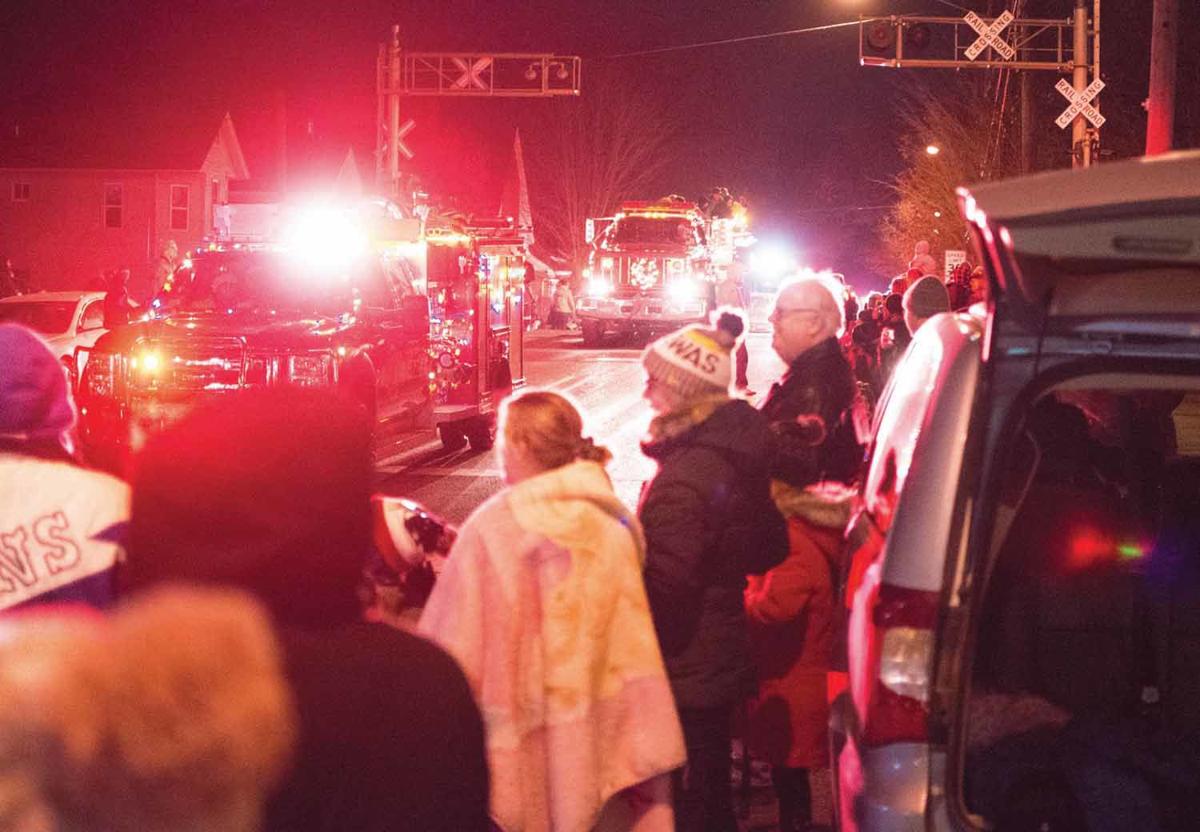 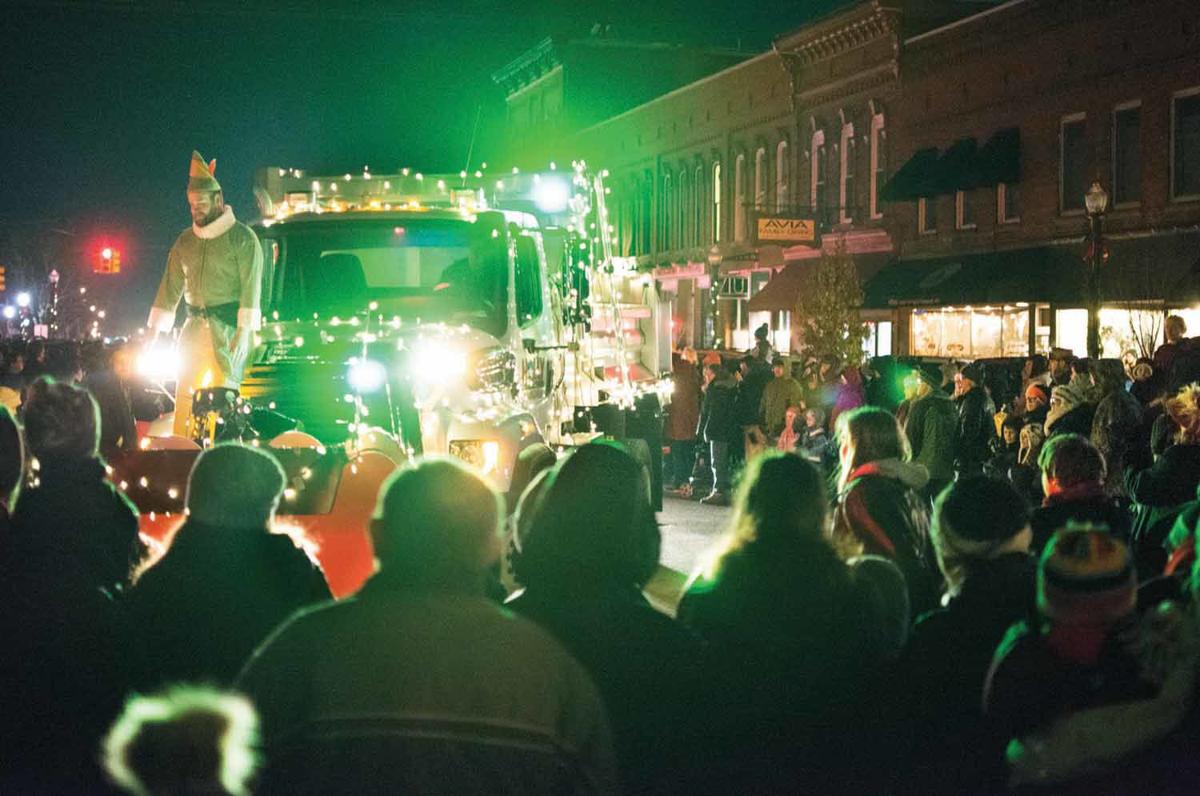 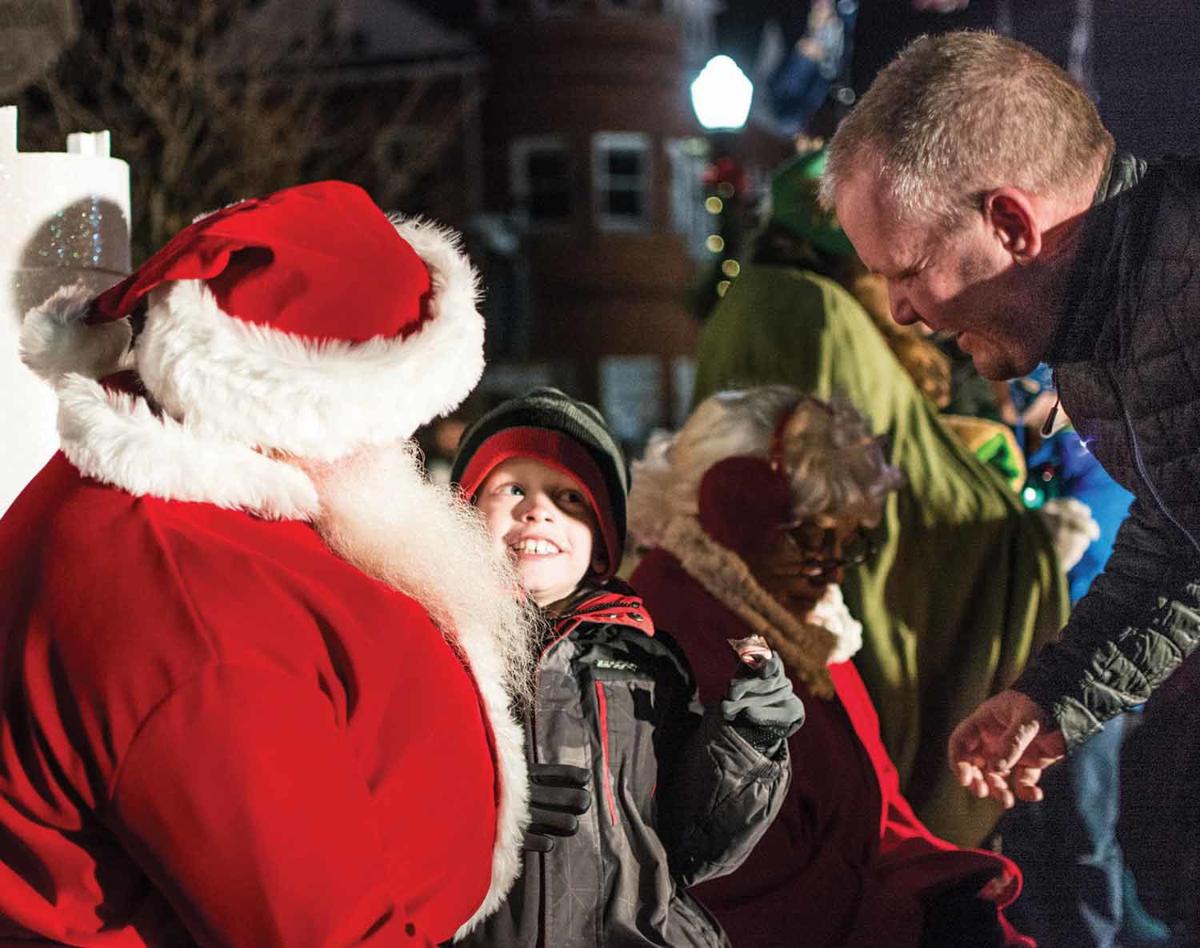 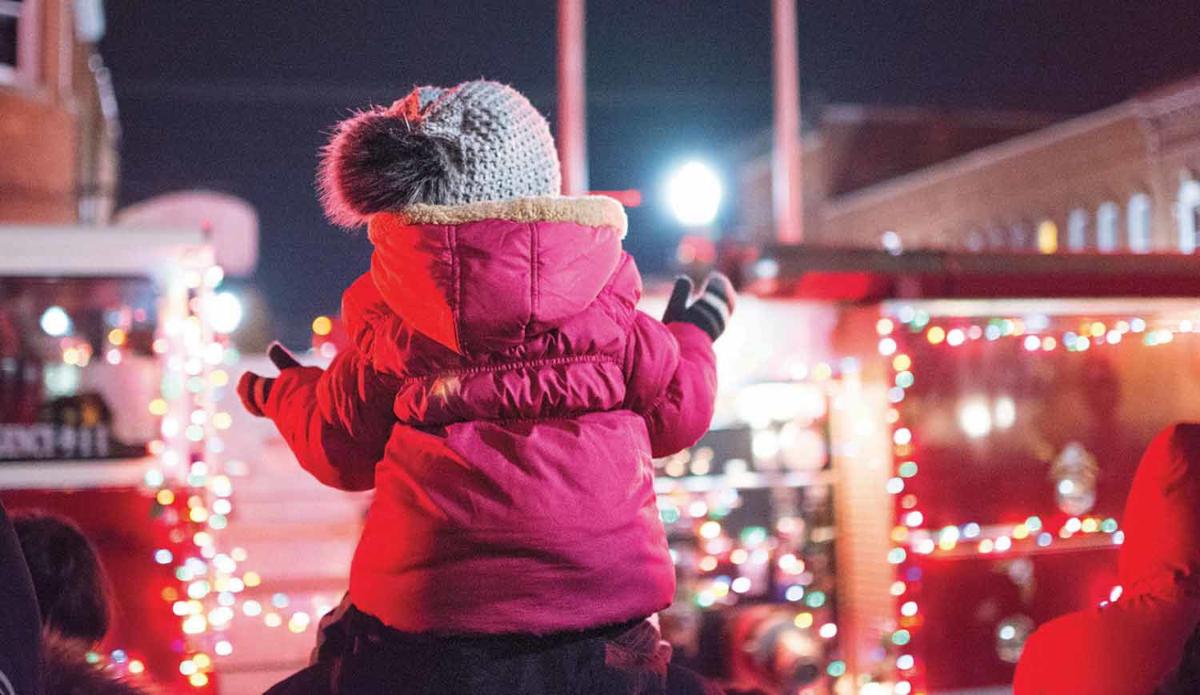 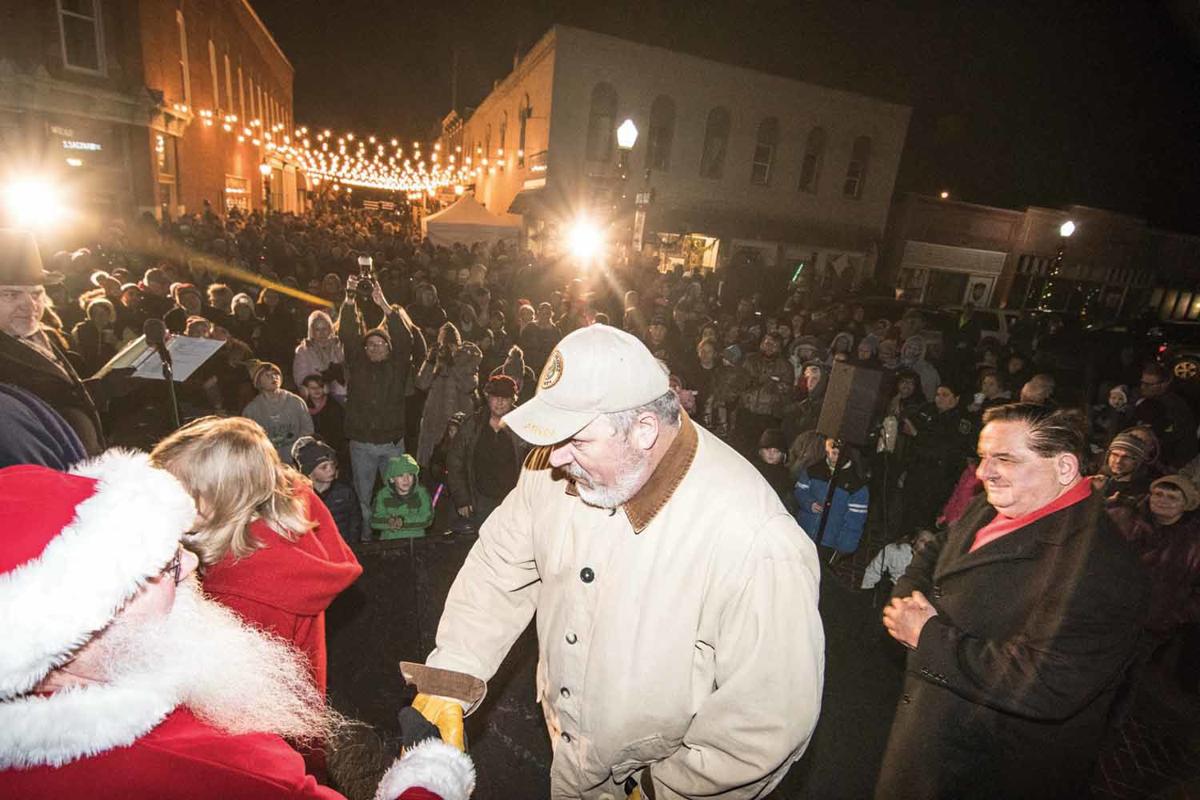 Santa Claus strolls through the downtown Holly crowd during the lighted parade on Friday, Nov. 23, which kicked off the 2018 Dickens Festival three-week schedule. This is the 45th year of the event which continues to grow.

The lighted parade included many visitors who added LED lighting to their clothing.

Holly — On Friday, Nov. 23, downtown Holly was filled with parade goers, who lined Maple and South Saginaw streets for the 2018 Holly Dickens Festival kickoff. It began with a lighted parade before an estimated 3,000 people, said event emcee Richard Kinnamon, executive director of the Holly Area Chamber of Commerce and newly elected member of the Holly Village Council. He based his estimate on previous Holly police estimates.

The lighted parade was followed by the announcement of the organization, family, business and individual of the year (see sidebar). After announcements, there was caroling, the tree lighting ceremony and time with Santa Claus.

This is the 45th year of the once beleaguered festival, and only the fourth year of the lighted parade. During difficult economic times it was a struggle for Holly to keep the Dickens Festival going.

George Kullis, festival chair, said it takes an operating budget of $30,000 to run the Dickens festival. Approximately $10,000 is raised during the festival itself at things like “Scrooge’s Vault,” a hospitality tent and a donation jar. The rest is raised from corporate sponsors.

He said opening weekend is typically slower with Thanksgiving. It also rained, “but it made it appear a lot like old England,” he said. “We’ve come a long way; the festival has grown.”

Its notoriety also continues to grow— Kullis, as Ebenezer Scrooge, will officiate a wedding after the festival at the Holly Hotel, for an official part of Dickens Festival.

The Holly Area Chamber of Commerce nominates a person, family, organization and business of the year. Winners are announced at each Dickens Festival kick-off, with official awards being given at the banquet in January.

“These are people that give back to the community,” said Kullis, who is also president of the Holly chamber. “They’re the unsung heroes.”

Each was announced by Kinnamon, and they were recognized before the Dickens Fest crowd.

Person of the Year

The person of the year is Lori Goldsmith, Realtor, who has a passion for volunteering.

Family of the Year

The family of the year is Jim and Ina Golden, who are also involved in various community efforts.

Organization of the Year

The organization of the year is the Holly Area Veterans Resource Center, which fills many important needs of veterans in northern Oakland County.

Business of the Year

The business of the year is Mark Carney, State Farm Insurance, due to Carney’s quiet sponsorship of many community events.

The weekend events include a full roster of entertainment on the Oh! Christmas Tree Stage. There are also street performances.

Chamber Executive Director Richard Kinnamon shared the reasons these individuals and organizations were selected for the honor this year.

Organization of the Year

Holly Area Veterans’ Resource Center (HAVRC) is in its fourth year assisting veterans with funding, housing and claims. It has offered some form of assistance to more than 1,200 veterans or members of their families this year. Much-needed claims assistance was provided to 118 area veterans.

Because of HAVRC’s work, there is $1.85 million reaching area veterans annually on a reoccurring basis. The organization also has assisted with one-time claims of $900,000 over the past three years. The lead team consists of Joe Mishler, Ray Pfenning, Paul Dery, Ina Golden, Art Ingram, Rick Powers, Bruce Freimark and Bruce Hammond.

A service officer from Oakland County Veterans’ Affairs is available twice a month. The Scott Dudeck Memorial Library was recently opened with Karen Neelie as librarian.

There is also a veteran-to-veteran potluck dinner on the third Monday of each month.

Business of the Year

Mark Carney State Farm Insurance is the Business of the Year. The Carney Insurance Agency has been serving the Holly Area since 1986. They have always tried to support the community and give back to local groups. Carney is a past president of the Holly Area Chamber and is currently a member.

Family of the Year

Jim and Ina Golden are veterans of the U.S. Navy. Jim worked for Fisher Body and retired from GM Lake Orion, where he was an engineer for more than 30 years.

Ina has a BSN degree and is retired from Flint Osteopath. Jim and Ina have collectively served on many boards and commissions for Springfield Township, NOCFA Board, and Friends of the Holly Township Library. They have judged at the 4-H fair, served on the Holly Farmstead Board, participated in the Carry Nation Festival, and made games for the Holly Dickens Festival. Jim is a member of the Waterford Tractor Club.

Jim also cares for two private roads and some of the driveways for his neighbors. He is also the one who mows and prepares the field for the circus when it comes to Holly. Ina is on the board for the Holly Area Veterans’ Resource Center, and is a part of the Holly DDA Main Street Team. Their motto is to “pay it forward.”

Person of the Year

Lori Goldsmith has been a journeyman electrician through IBEW Local 58 for 22 years. She is the Holly Hometown Realtor through ReMax Select. She is a manager/trainer for ReMax.

Goldsmith has two adult children and two in high school. She has been helping people since she was young. She says that if she could afford it she “would quit and just volunteer.” Her goal is to lift people up.

Goldsmith started volunteering over 10 years ago as an AYSO soccer coach. She has served as a Sessions Elder at her church for building and grounds, leading the church through a large renovation project.

She serves on the Holly Township Board of Review, and Holly Village Planning Commission. Her largest venture at present is chair of the Holly DDA Main Street Team, where she has coordinated several of the events in Holly.