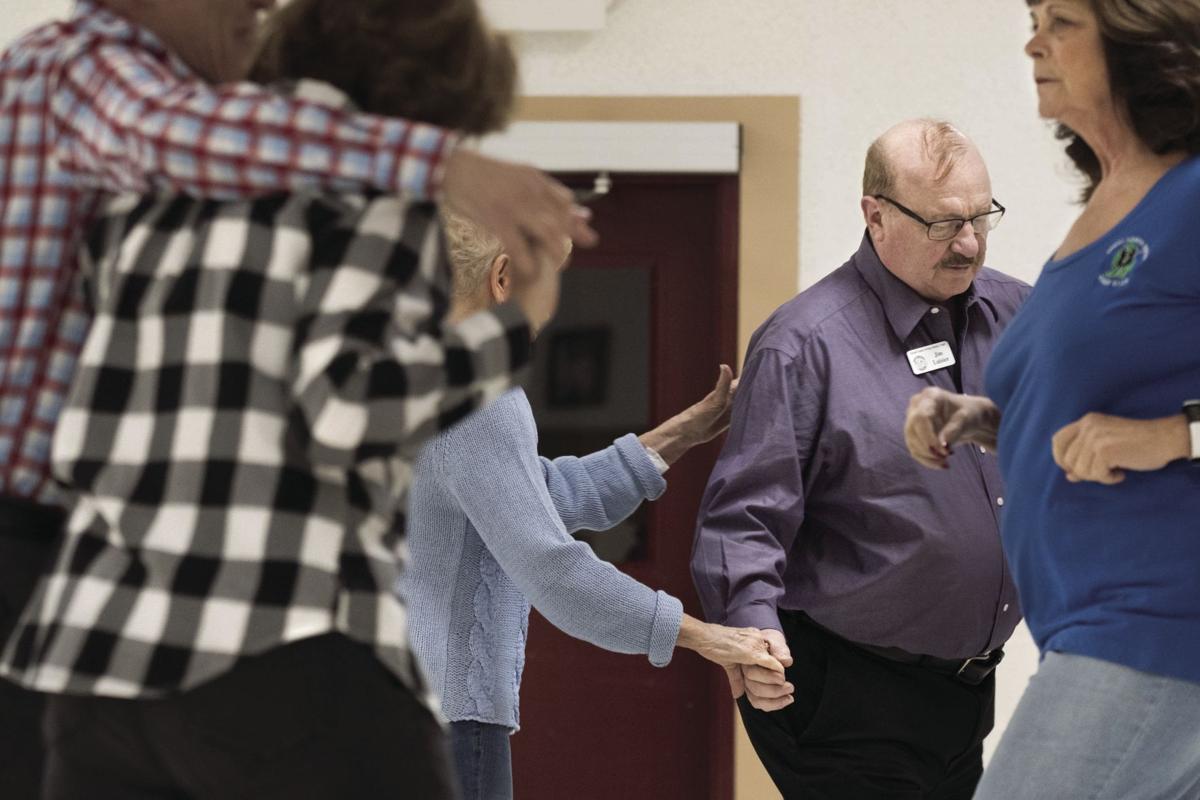 Men tend to be out-numbered at these group lessons, according to attendees. Jim Luisier of Burton leads Joani Wood of Linden in an East Coast Swing session. 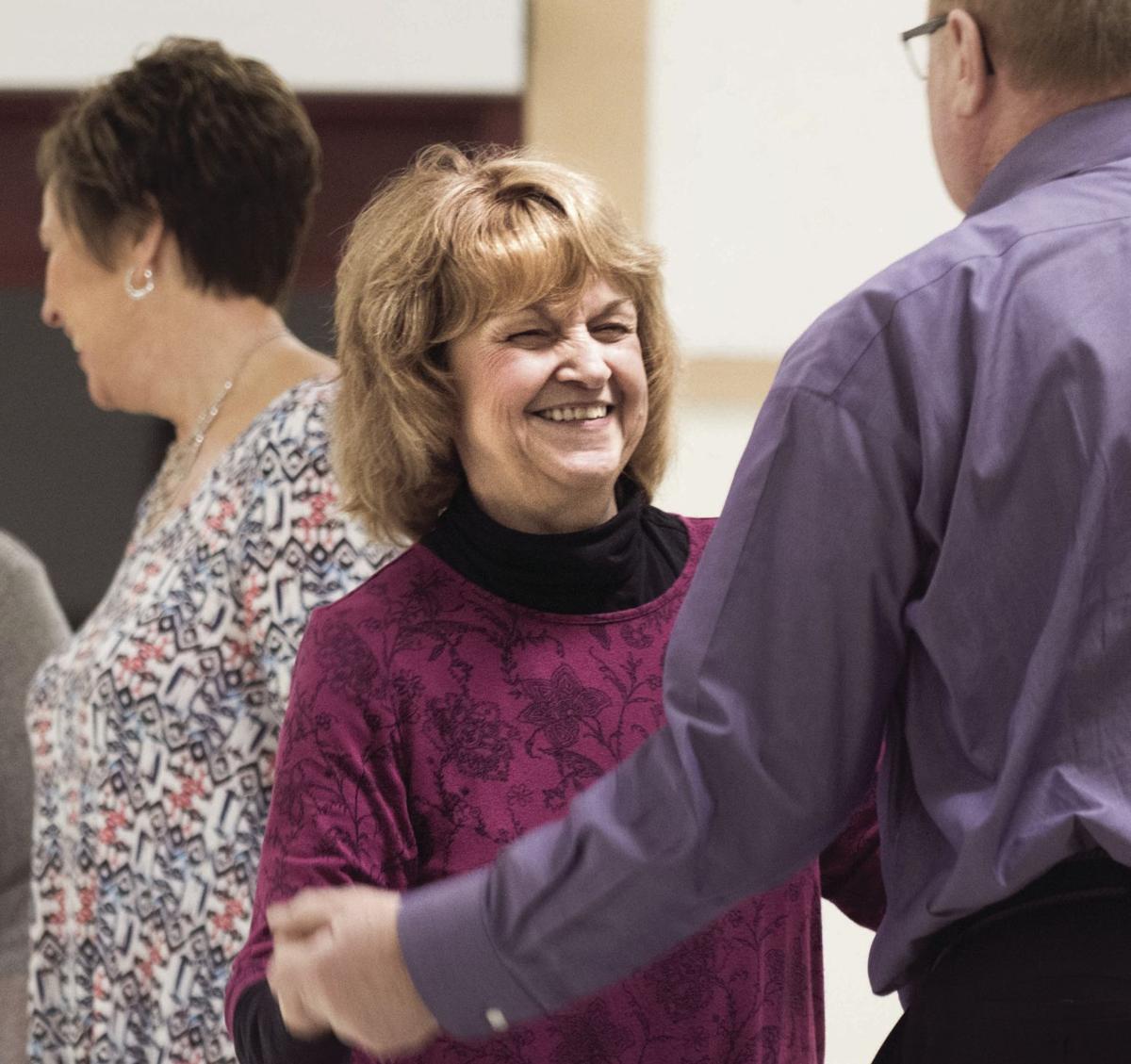 Alice Bowers of Brighton Township dances with Jim Luisier of Burton on Monday night, Jan. 6 during a group lesson at the Linden VFW Hall. 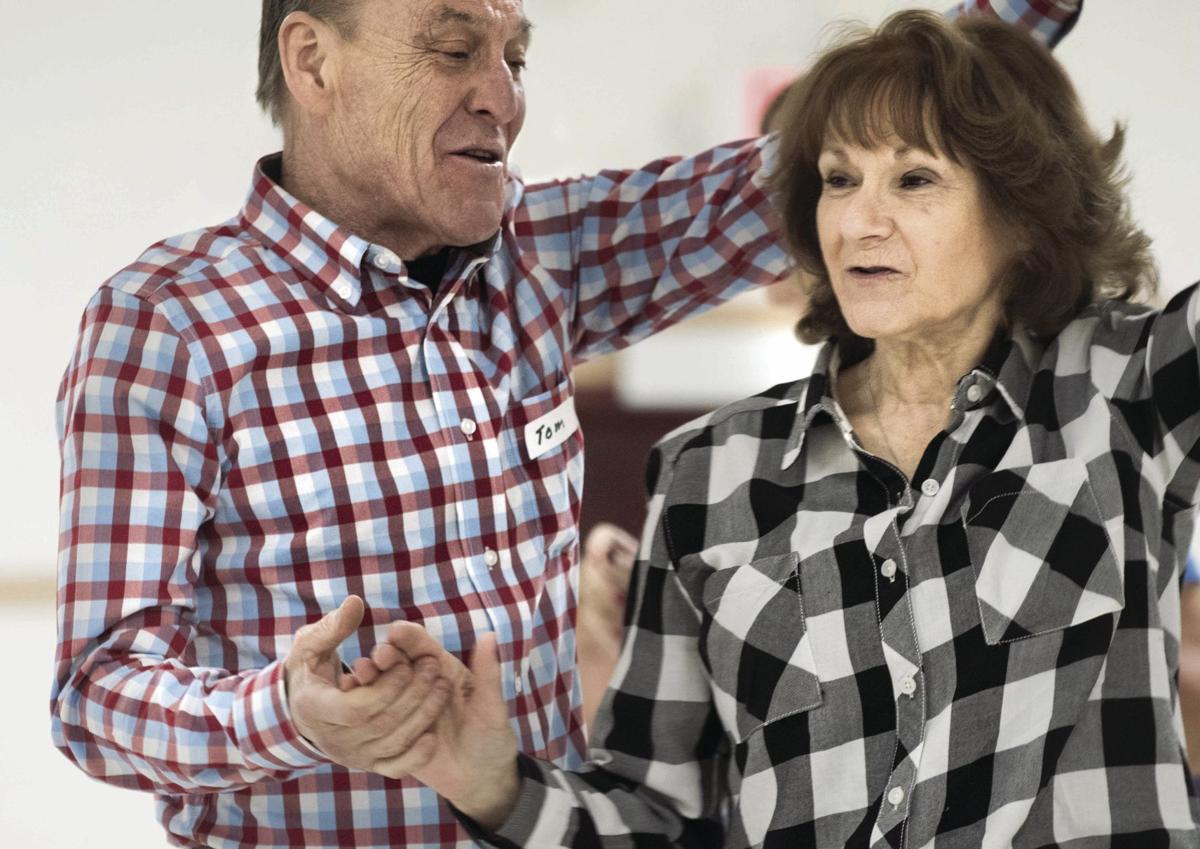 Tom Sunday of Fenton Township dances with JoAnn Hunter of Mundy Township at a Monday evening class in Linden. 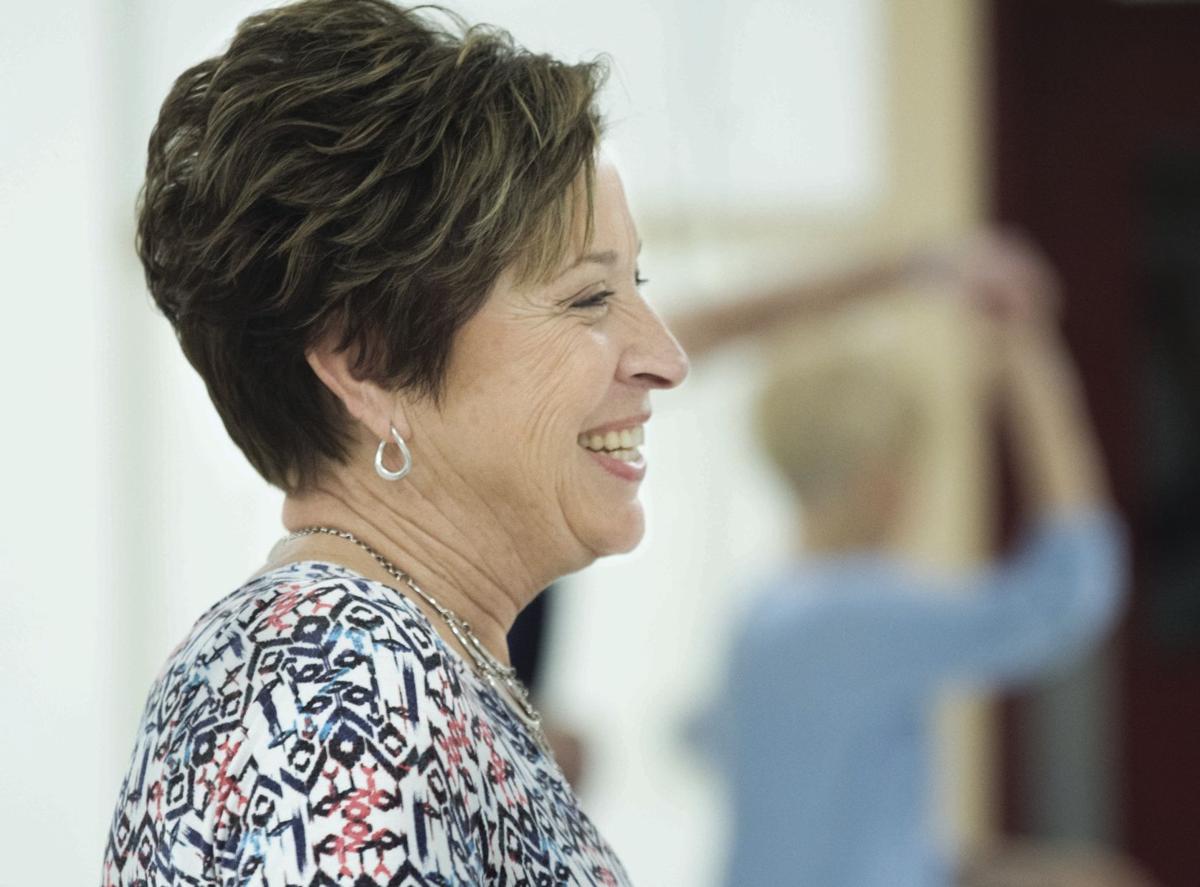 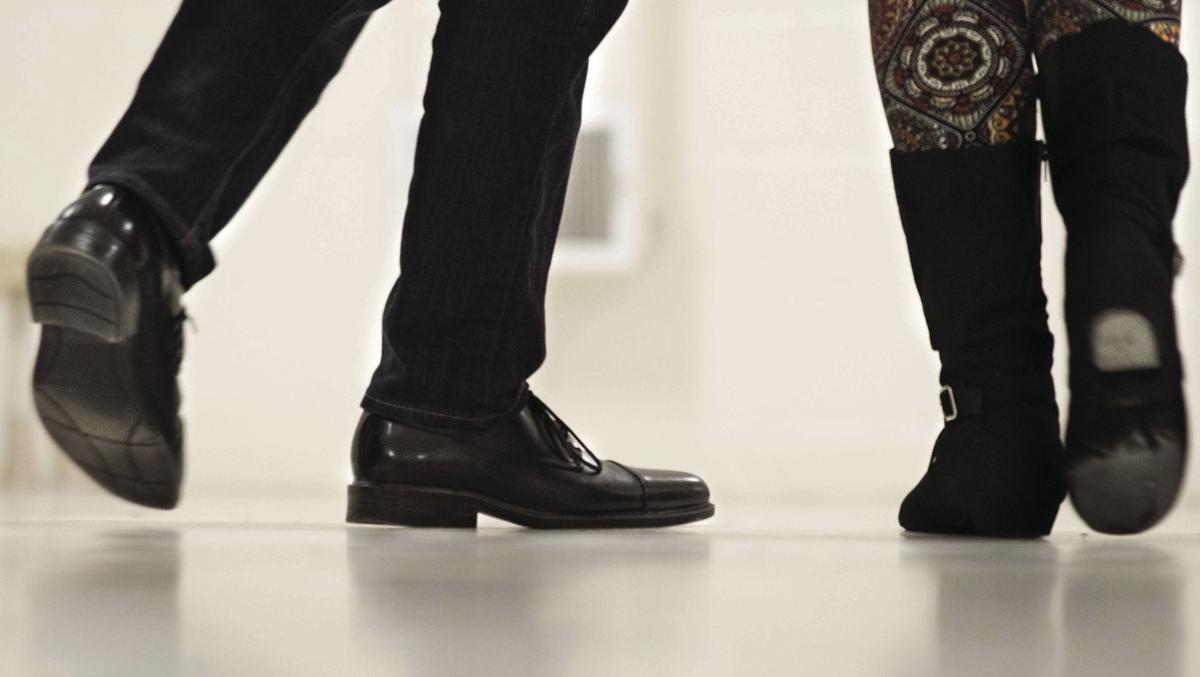 Men tend to be out-numbered at these group lessons, according to attendees. Jim Luisier of Burton leads Joani Wood of Linden in an East Coast Swing session.

Alice Bowers of Brighton Township dances with Jim Luisier of Burton on Monday night, Jan. 6 during a group lesson at the Linden VFW Hall.

Tom Sunday of Fenton Township dances with JoAnn Hunter of Mundy Township at a Monday evening class in Linden.

Dancing is such a huge part of our culture, but we spend more time watching the artful moves of Patrick Swayze and Jennifer Grey in “Dirty Dancing” (1987) and John Travolta in “Saturday Night Fever” (1977) than we actually go dancing ourselves.

People love to watch others dance, which is why “Dancing With the Stars” and “So You Think You Can Dance” are such popular reality TV shows.

But what about dancing as an activity to enjoy on your own or as a couple? It will get you off the couch this winter and into an activity that will keep your mind and body fit while you’re being social and having fun.

While you’re sitting home wishing winter would soon be over, there’s an entire dance community in the tri-county area that is regularly “strutting their stuff” on local dance floors.

Collette Simerson of Fenton Township enjoys teaching approximately 30 to 40 people at the Linden VFW Hall every Monday evening, from 6:30 to 8 p.m. “It’s good for you not only physically, but also emotionally when you’re dancing to upbeat music,” she said.

She believes that anyone can learn to dance with practice and motivation. “It doesn’t matter whether you’re short, fat, tall or skinny, most women just love

to dance,” she said. “Some men hang out in the parking lot before getting up enough nerve to come in. Then it’s all fun from there on.”

She teaches East Coast Swing, Cha-cha, the Waltz, Nightclub Two-Step and line dancing, among others. When she’s in Florida during the winter months, instructor Al Pickett takes her place on the dance floor.

Simerson was one of the original members of the Great Lakes Swing Dance Club, founded in 1991. Between 120 and 200 dancers descend upon Rollhaven Skate & Fun Center in Grand Blanc Township every Wednesday night for lessons and social dancing.

A dance lesson runs from 6 to 7 p.m., with open dancing from 7 to 10 p.m., dancing to the tunes from five weekly rotating DJs. Dance lessons begin the first Wednesday of the month with a new dance step to learn for the month. “This month it’s ‘the Hustle,’” said Jim Vroman, club president. “In February, it will be the Nightclub Two-Step.”

Total membership in the club during 2019 was 255. Many of these dancers are from the Fenton, Linden and Holly areas, Vroman said.

Terry and Julie Lane of Holly enjoy dancing for fun as an activity they can do together. “We’ve been dancing together for 15 years,” Julie said. “We just wanted something fun we could do together when we got married.”

The Lanes used to dance competitively, but now spend their time dancing for enjoyment and exercise. They also teach a handful of students in their at-home dance room.

Coreena Storms of Fenton usually dances three nights per week, from the Linden VFW Hall on Mondays to the Great Lakes Swing Dance Club on Wednesdays and social dancing on Fridays.

“It’s just a fun way to dance,” she said. “As a single person, I can learn structured couples’ dances. Everyone dances with everyone else. We mix and mingle.”

As a ‘single,’ Storms also appreciates the safety of these dance environments. “It’s like a family wedding, it’s not intimidating at all,” she said.