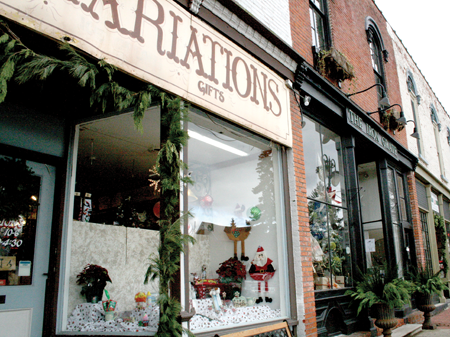 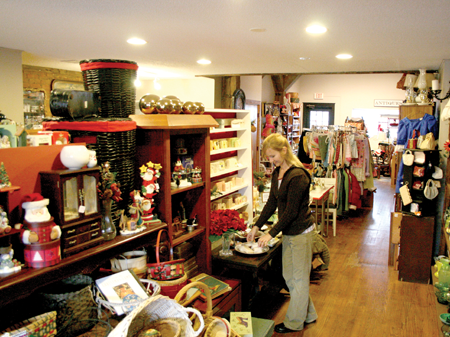 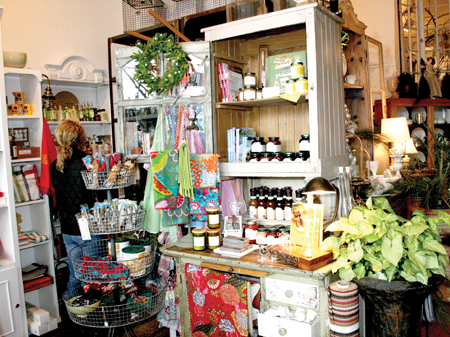 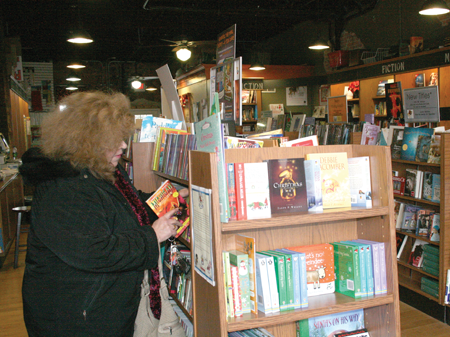 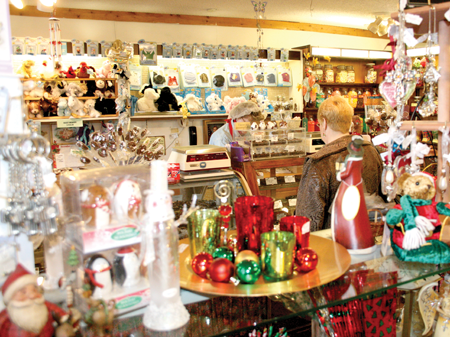 Fenton - Dibbleville has come a long way since its early days in the mid 1830's. In 1837, the two-block area included two churches, office space of A. J. Phillips and two small frame buildings, one of which is the oldest house in town.

Dibbleville was named for one of Fenton's founders, Clark Dibble. He came here from New York in 1834 and laid claim to 40 acres of government land. Dibbleville became Fenton's original business district and remains adjacent to Fenton's oldest residential area.

One structure in this district was built by Robert LeRoy in 1837 shortly after he and William Fenton purchased Dibbleville and named it Fentonville. The village became Fenton in 1863.

Fast forward to today and Dibbleville remains the city's downtown business district. When locals speak of downtown Fenton, they typically envision the Dibbleville area and its architectural uniqueness.

With the Fenton United Methodist Church toward the north end of Dibbleville and the First Presbyterian Church of Fenton at the south end, several unique retailers and a couple of restaurants are flourishing in the quaint historical neighborhood.

Carol Schuler, owner of Sweet Variations, has an expansive view of Dibbleville when she looks out her candy shop's front window. For more than 30 years, residents and visitors to Fenton have frequented her shop for her homemade chocolates and other candy items.

Schuler likes her shop's location, although parking can be an issue when it's busy. She said "tweens" and teens come into the candy shop often looking for the gummy candies, chewing gum and candy bars. Customers a bit older like to indulge in the chocolates that she has made. "Right now I'm up to my knees in marshmallows," said Schuler who is creating her chocolate-covered candy for the holidays.

Since 1980, the Iron Grate has been offering a wide range of products for their customers. Elizabeth Dickens, originally from London, owns and operates the shop with her two daughters. They like to say they bring "big city" chic to small-town America. Trendy clothing, popular with young women can be found on the shop's second floor.

For anyone who loves homemade breadsticks, they have to try the ones at The Fenton House restaurant. Manager Megan Papatheodore said it's common for people out shopping to stop in just to get a half bag of breadsticks and then continue shopping. Adults dining with children will soon learn there is a game room in the back. This room is a big hit with the kids.

With their front carryout counter, Papatheodore said people are happy to stop inside to buy a cup of coffee or hot chocolate. "We always offer hot chocolate and coffee for people walking around town," she said.

In addition to the popular breadsticks, the restaurant staff of about 40 has been providing pizza and pasta since 1986.

The French Laundry, at the corner of Shiawassee Avenue and Adelaide Street, has a separate menu for kids 12 and under. The restaurant has a Kid's Night every Monday from 5 to 8 p.m. where Kid's Stuff menu items are at half price. Entertainment includes a magician and balloon sculptor.

With its corner location and ample front windows and patio seating, Mark Hamel, owner of the restaurant, has created a destination for those seeking a unique dining experience in the heart of Dibbleville.

Andrea Miller, owner of Elle Marie Hair Salon, is living out her dream as a shop owner in Dibbleville. She opened her salon on South LeRoy Street, just south of the police station, less than two years ago. The rich and trendy colors and urban décor is a welcoming experience for women, men and children.

Miller said her salon has a lot to offer young people. Her staff is comprised of stylists under 30 years of age and they stay on top of the latest style trends. She had her eye on Dibbleville for years and jumped at the chance to open her shop when a space became available. "I liked the walk-in traffic," she said. "It's an energetic area and I like the unique buildings."

Owner Jill Hendrix said Dibbleville was perfect for their general store since it presented an opportunity to restore and utilize an historical setting. "I've always loved small towns and sense of community," she said.

Hendrix has been surprised by seeing younger people seeking out quality items of glass or cast iron, for example, rather than new, cheaper plastic items as they aim to set up their own homes. She recalls one girl shopping with her mother. The girl spotted an older sewing and said it would make the perfect gift, despite being used.

Music is enjoyed at every age and Dibbleville has a music studio, located between The French Laundry and Sweet Variations that continues to thrive. Chris and Lisa Bayer, owners, began providing music instruction in 2003 and opened the studio doors in 2006. Since that time, it has seen a 10-fold increase in enrollment, with more than 250 enrolled music students.

For anyone who hasn't made their way to Dibbleville with their entire family, it might just be the right time to enjoy the Christmas and holiday decorations as they do a little window shopping and getting to know their local retailers.