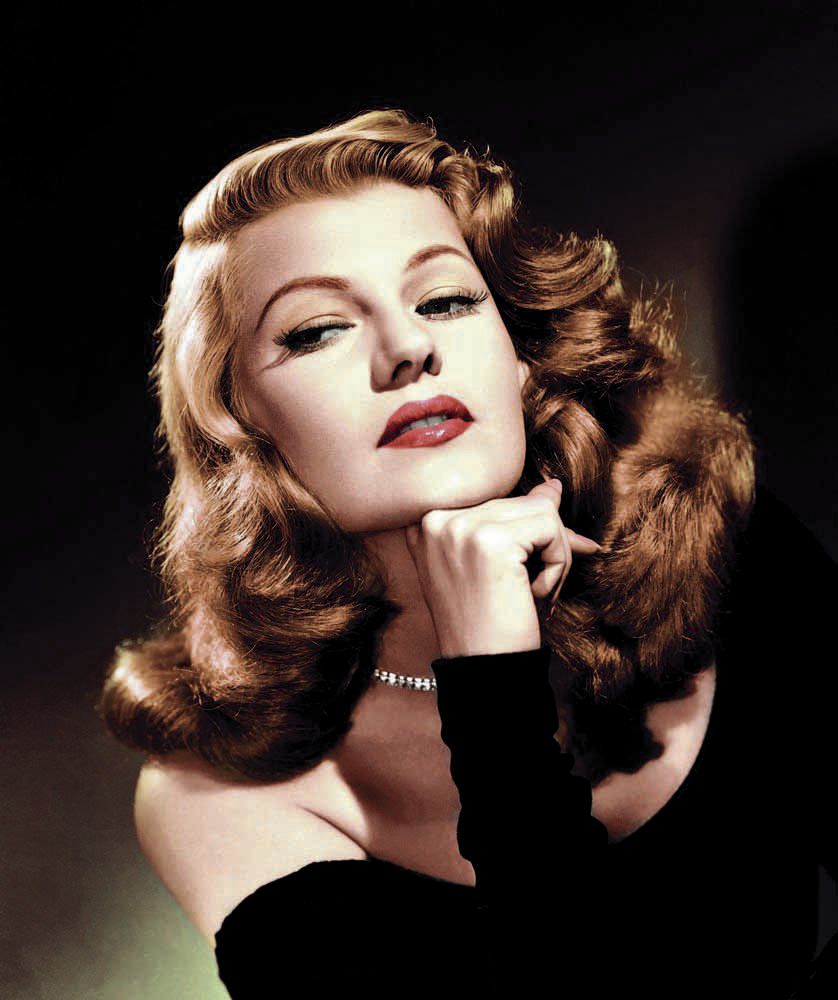 Actress Rita Hayworth is one of many celebrities who died from Alzheimer’s disease. 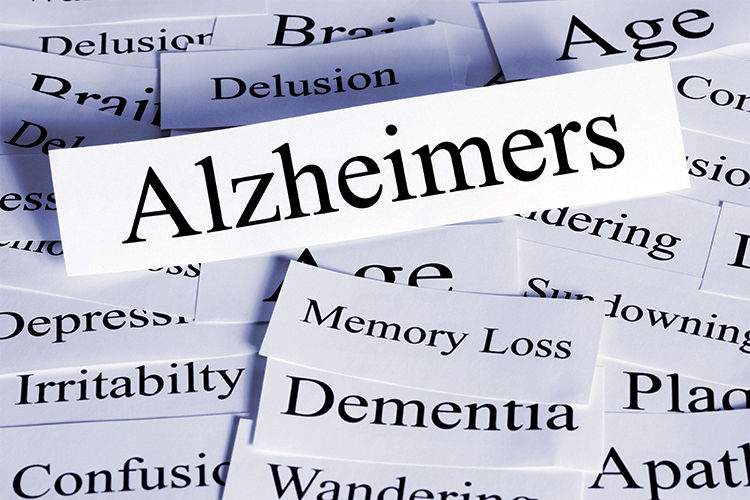 Actress Rita Hayworth is one of many celebrities who died from Alzheimer’s disease.

According to A Place for Mom’s Senior Living Blog (aplaceformom.com), other celebrities like Glen Campbell and Rita Hayworth have heightened understanding of the illness and reduced the stigma of Alzheimer’s patients by publicly announcing their own illnesses:

Malcolm Young, legendary guitarist and co-founder of rock band AC/DC, has been playing guitar since 1969. He’s considered by some to be one of the best rhythm guitarists in the world, producing hits like “You Shook Me All Night Long.” Young retired from music, due to a dementia diagnosis.

Country singer and guitarist, Glen Campbell, announced in 2011 that he had been diagnosed with Alzheimer’s. He’s completed his “Goodbye Tour,” which concluded  in Napa, California. Campbell has over 50 years in the music business and on television, and landed a historical win of four Grammy’s in 1967.

Perry Como was a popular singer and television personality during the 1950s and ‘60s and continued to perform periodically during his later years, especially around Christmas. Como suffered from Alzheimer’s for two years before dying in 2001.

Charles Bronson, star of “Death Wish” and numerous other action films, spent the last years of his life debilitated from Alzheimer’s.

Six years after the end of his presidency, Ronald Reagan announced to the American public that he was “one of the millions of Americans who will be afflicted with Alzheimer’s disease.” He said that his public disclosure was intended to raise public awareness about the disease.

Charlton Heston’s most famous role was as Moses in “The Ten Commandments.” Like his personal friend, Ronald Reagan, Heston also announced publicly that he had Alzheimer’s. Heston left a long legacy of entertainment contributions and political activism.

Rockwell, one of the most famous American painters, became well known for his illustrations on the cover of the Saturday Evening Post. Rockwell succumbed to Alzheimer’s after a long and illustrious career. Interestingly, Rockwell’s paintings are now used sometimes in dementia therapy because of the memories and nostalgia they elicit.

Hayworth was an American film star who rose to prominence in the 1940s. Despite fairly obvious signs of the illness, Rita Hayworth was not correctly diagnosed for several years. After eventually learning the cause of her memory loss, Hayworth became the “face of Alzheimer’s disease” during the 1980s.

Sugar Ray Robinson, recognized as one of the best boxers ever, died from Alzheimer’s at just 67 years of age. Robinson held the welterweight and middleweight title belts, and finished with a final record of 173 wins, 19 losses, and 2 draws. It’s not currently known whether his head injuries contributed to Alzheimer’s disease.

Burgess Meredith may have been most famous for his role as the Penguin in the “Batman” TV series, although he appeared in numerous films and shows, including Rocky movies. Meredith died due to complications from Alzheimer’s disease.

Actress Estelle Getty is best known for her role as Sophia in the “Golden Girls.” She passed away from complications of Lewy body dementia, which is actually different than Alzheimer’s but also causes memory loss and other Alzheimer’s-like symptoms.

Peter Falk began his career on stage, but reached national prominence as a star of the TV series “Columbo.” He also played the narrator and grandfather in the popular film “Princess Bride.” Toward the end of his life his physician reported that he could no longer even remember the character of Columbo. Alzheimer’s disease was one of the underlying causes for his death.

James Stewart was recognized for his military career and for his time as an actor, where he was best known for his roles in “Mr. Smith Goes to Washington” and “It’s a Wonderful Life.” He remained active until his death in 1997, being slowed by Alzheimer’s and another illness, which lead to his death.

Eddie Albert is best known for his roles in “Roman Holiday” and the “Heartbreak Kid,” as well as his time spent playing Oliver Wendell Douglas in the 1960s television comedy “Green Acres.” He began suffering from Alzheimer’s when in his 90s, and was cared for by his son until his death.

Rosa Parks is known as “the Mother of the Freedom Movement,” after being arrested for refusing to give up her seat on the bus and beginning the civil rights movement. She wrote an autobiography and continued to live a quiet life before being diagnosed with and later dying from, Alzheimer’s.

Known and adored by many as an actor and comedian, Williams rose to fame as Mork in the sitcom “Mork & Mindy.” He won the Academy award for Best Supporting Actor for his performance as Dr. Sean Maguire in “Good Will Hunting,” and also was the recipient of two Emmy Awards, six Golden Globe Awards, two Screen Actor Guild Awards and four Grammy Awards for the myriad of impressive work he accomplished. He was inducted as a Disney Legend for his role as Genie in “Aladdin,” and was admired by the American public for his talents as both comedian and actor. Williams began to suffer from Lewy body dementia which was believed to be a”critical factor” that led to his suicide in 2014.

Kasem’s voice was recognized by Americans everywhere with his American Top 40 countdown — a franchise he co-founded — that greeted the airwaves of radios across the U.S. from 1970 to 2009. He was also the voice of “Shaggy” in “Scooby-Doo” from 1969-1997, and again from 2002-2009. Casey also provided the voice of many commercials and children character cartoon voices, from Sesame Street to Transformers. Kasem was diagnosed with Lewy body dementia in 2007, which he suffered from until his death in 2014.

According to the Alzheimer’s Association, a staggering 50 million people are living with Alzheimer’s and other dementias worldwide.

Alzheimer’s disease is a degenerative brain disease and the most common form of dementia. Dementia is not a specific disease. It’s an overall term that describes a group of symptoms.

The following are early signs and symptoms of Alzheimer’s:

One of the most common signs of Alzheimer’s disease, especially in the early stage, is forgetting recently learned information. Others include forgetting important dates or events, asking for the same information over and over, and increasingly needing to rely on memory aids (e.g., reminder notes or electronic devices) or family members for things they used to handle on their own.

Challenges in planning or solving problems

Some people may experience changes in their ability to develop and follow a plan or work with numbers. They may have trouble following a familiar recipe or keeping track of monthly bills. They may have difficulty concentrating and take much longer to do things than they did before.

Difficulty completing familiar tasks at home, at work or at leisure

People with Alzheimer’s often find it hard to complete daily tasks. Sometimes, people may have trouble driving to a familiar location, managing a budget at work or remembering the rules of a favorite game.

Confusion with time or place

People with Alzheimer’s can lose track of dates, seasons and the passage of time. They may have trouble understanding something if it is not happening immediately. Sometimes they may forget where they are or how they got there.

For some people, having vision problems is a sign of Alzheimer’s. They may have difficulty reading, judging distance and determining color or contrast, which may cause problems with driving.

New problems with words in speaking or writing

People with Alzheimer’s may have trouble following or joining a conversation. They may stop in the middle of a conversation and have no idea how to continue or they may repeat themselves. They may struggle with vocabulary, have problems finding the right word or call things by the wrong name (e.g., calling a “watch” a “hand-clock”).

Misplacing things and losing the ability to retrace steps

A person with Alzheimer’s disease may put things in unusual places. They may lose things and be unable to go back over their steps to find them again. Sometimes, they may accuse others of stealing. This may occur more frequently over time.

People with Alzheimer’s may experience changes in judgment or decision-making. For example, they may use poor judgment when dealing with money, giving large amounts to telemarketers. They may pay less attention to grooming or keeping themselves clean.

Withdrawal from work or social activities

A person with Alzheimer’s may start to remove themselves from hobbies, social activities, work projects or sports. They may have trouble keeping up with a favorite sports team or remembering how to complete a favorite hobby. They also may avoid being social because of the changes they have experienced.

Changes in mood and personality

The mood and personalities of people with Alzheimer’s can change. They can become confused, suspicious, depressed, fearful or anxious. They may be easily upset at home, at work, with friends or in places where they are out of their comfort zone.