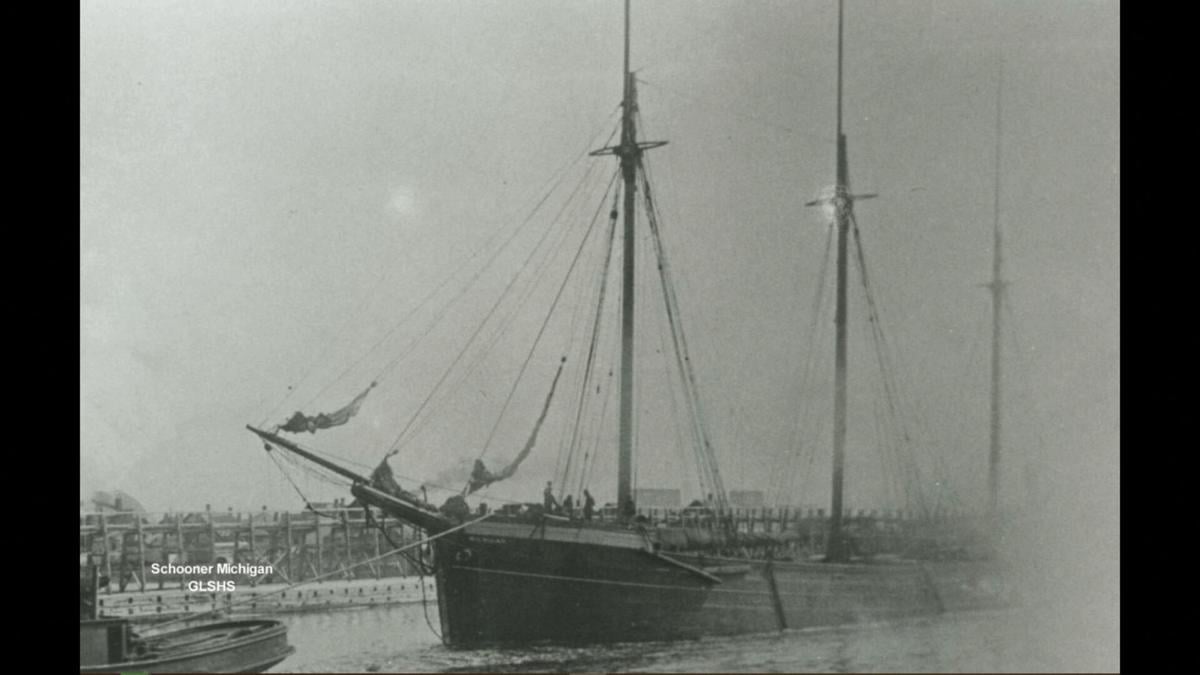 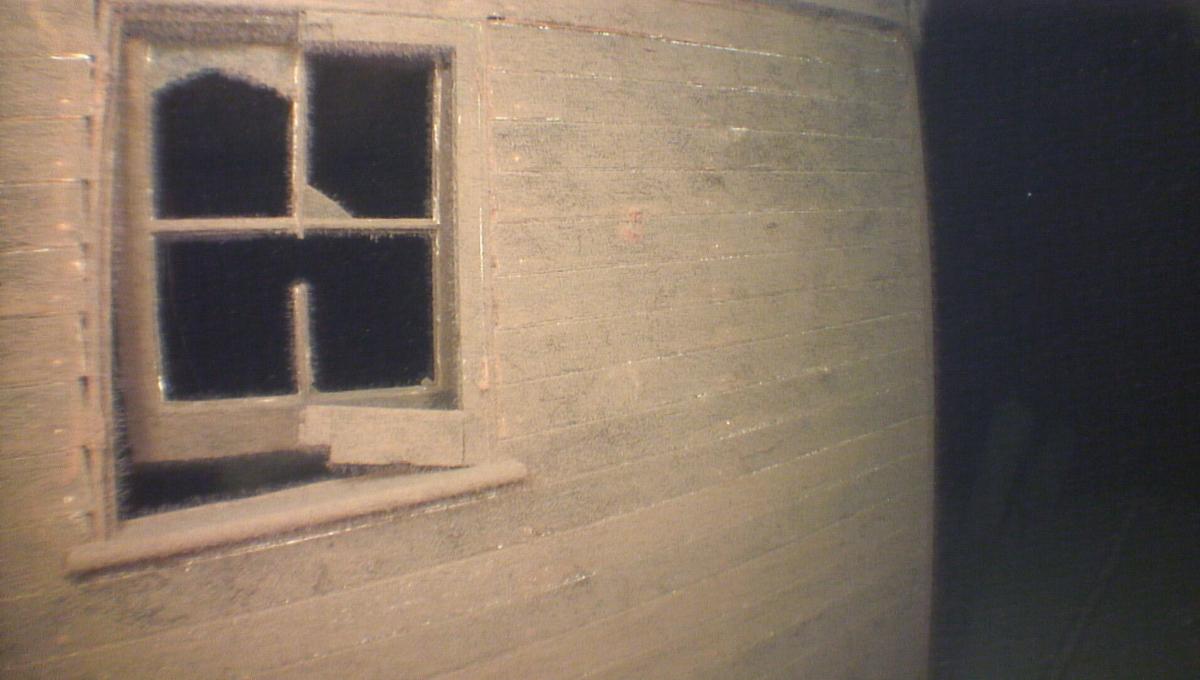 The window of a cabin on the Frank W Wheeler. 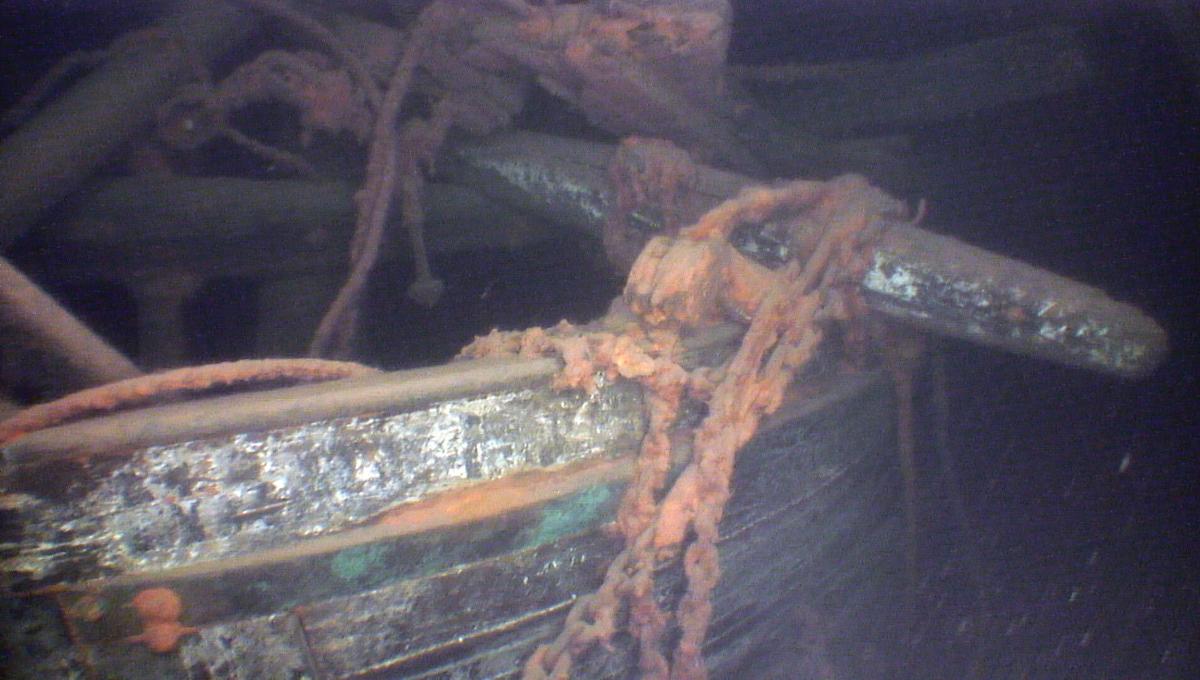 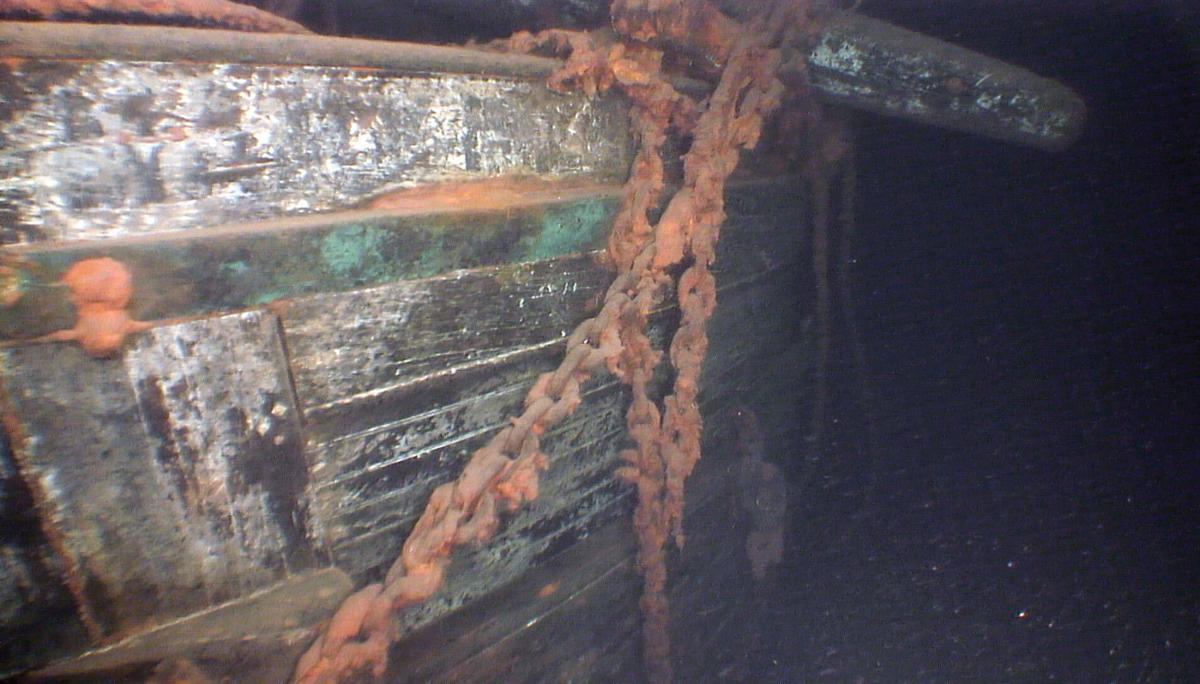 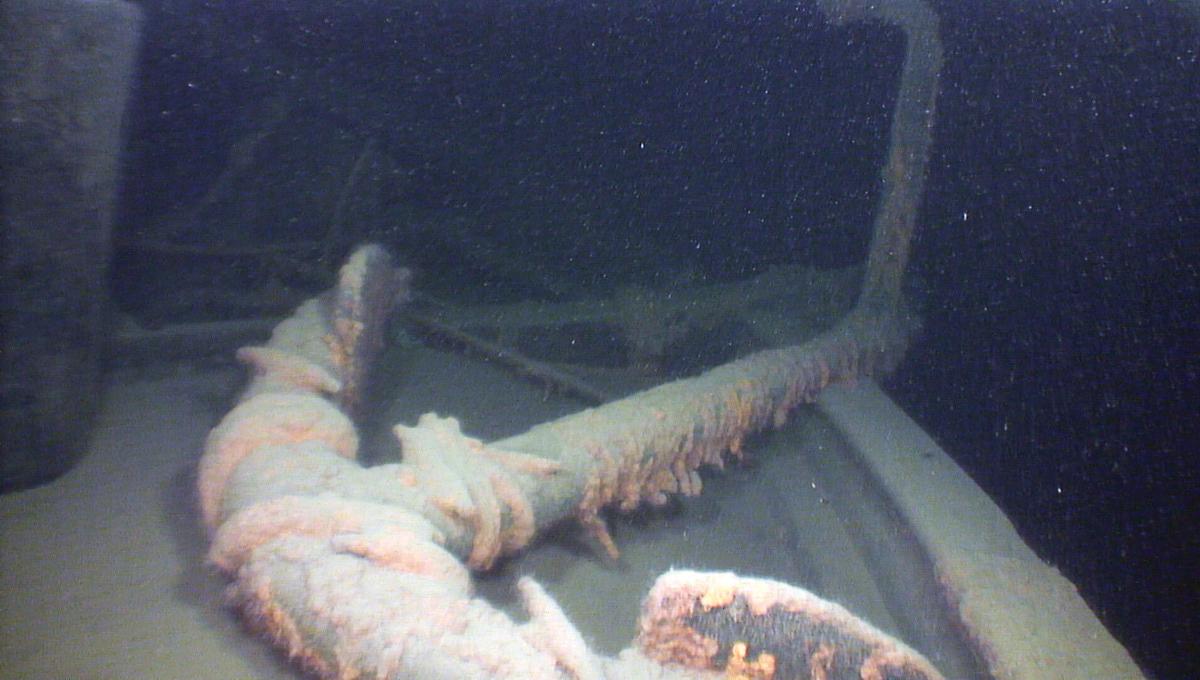 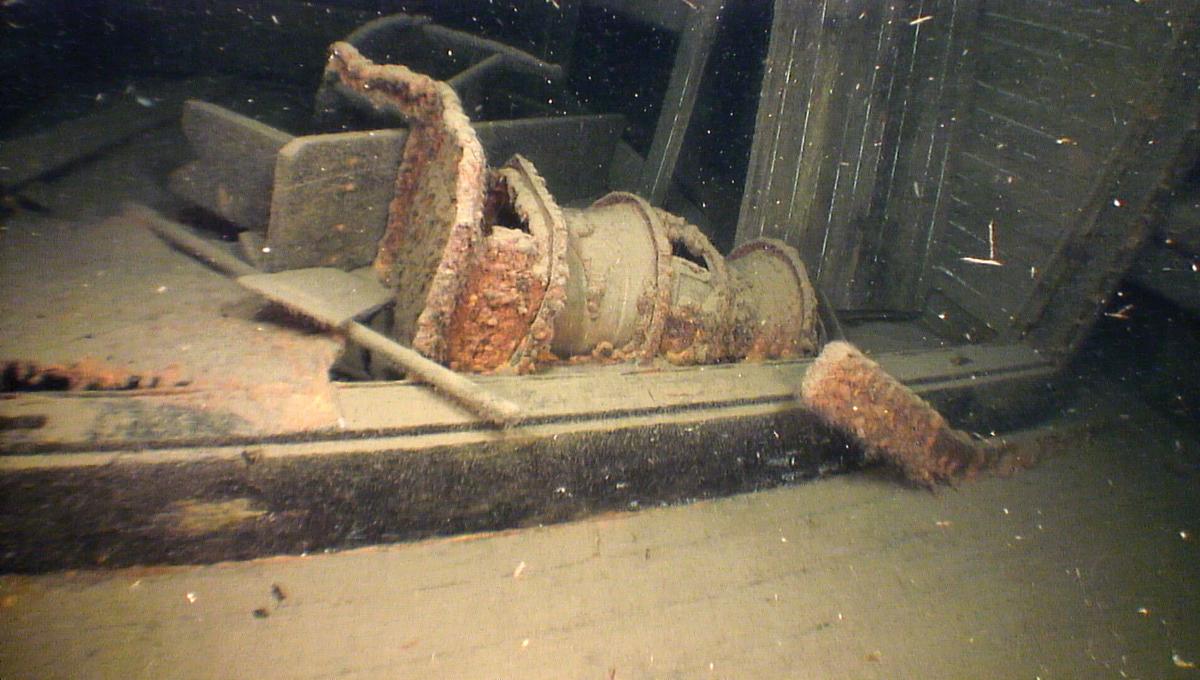 The window of a cabin on the Frank W Wheeler.

Using a combination of historical research, technology and teamwork,

Marine Sonic Technology side-scan sonar was employed to analyze the lake bottom and identify submerged wrecks. The new shipwreck discoveries and their stories are listed below:

August 25, 1883 — The steamship M.M. Drake was towing the schooner Dot, downbound from Marquette with a load of iron ore, when the Dot started taking on water. Capt. Jones of the Dot hailed the M.M. Drake, which came alongside his sinking ship and took his crew off before it dove for the bottom. All crew were rescued. The Dot, formerly the Canadian schooner, Mary Merritt, was built in St. Catharines, Ontario in 1865. Her remains rest under more than 350 feet of water.

September 29, 1885 — The relatively new schooner-barge, Frank W. Wheeler, was being towed by the steamer Kittie M. Forbes, when a gale swept across the lake. The ships struggled in the worsening conditions for hours and soon the Wheeler’s crew realized that their ship was sinking. Capt. William Forbes, owner and captain of the Frank W. Wheeler, signaled his predicament to the Kittie M. Forbes, and the pair of vessels then tried to reach the safety of Grand Island, near present day Munising. Capt. Forbes soon ordered his men into the lifeboat, and 15 minutes later his ship sank, bow first. A number of explosions were heard as the ship slipped beneath the waves. The Frank W. Wheeler was built in West Bay City (West Bay City Shipbuilding Co.) and today her wreckage lies under more than 600 feet of water.

October 2, 1901 — The steamer M.M. Drake (same vessel which towed the Dot, as noted above) was towing the schooner-barge Michigan in the vicinity of Vermilion Point, 12 miles west of Whitefish Point. Both vessels were struggling in rough weather, when suddenly the Michigan’s hold begins filling with water. Capt. J.W. Nicholson maneuvered the M.M. Drake alongside the Michigan, with the latter ship’s crew jumping from their sinking ship onto the Drake. Within minutes, a massive wave smashes the two vessels together, destroying the M.M. Drake’s smokestack, leaving the ship without steam-pressure. Without power, the Drake soon lost headway and waves swept over her decks. Both ship’s crews were now in danger, but two large steel steamers, the Crescent City and Northern Wave, were close by and maneuvered in to rescue the combined crews. Harry Brown, the Michigan’s cook, was the only casualty in this unusual double sinking. The remains of the M.M. Drake were discovered in 1978 by the Shipwreck Society, and her rudder is on exhibit at Whitefish Point. The Michigan’s hull is in 650 feet of water.

It has been a banner year for the Shipwreck Society. GLSHS Director of Marine Operations, Darryl Ertel, said much of the success is because he can search wider and faster this year. “We have well over 2,500 miles of searching this year alone. We’re searching 100 miles a day. We’re travelling at over 9 miles an hour as we’re searching and we’re seeing great detail on the bottom, it’s amazing,” he said.

Great Lakes Shipwreck Museum Executive Director Bruce Lynn said, “This has been a great year for us at the Shipwreck Museum, and we have never located so many new wrecks in one season. Each shipwreck has its own story … and the drama of the Drake and the Michigan, and the rescue of both crews … these are fantastic, true stories that we can tell in the museum someday.”