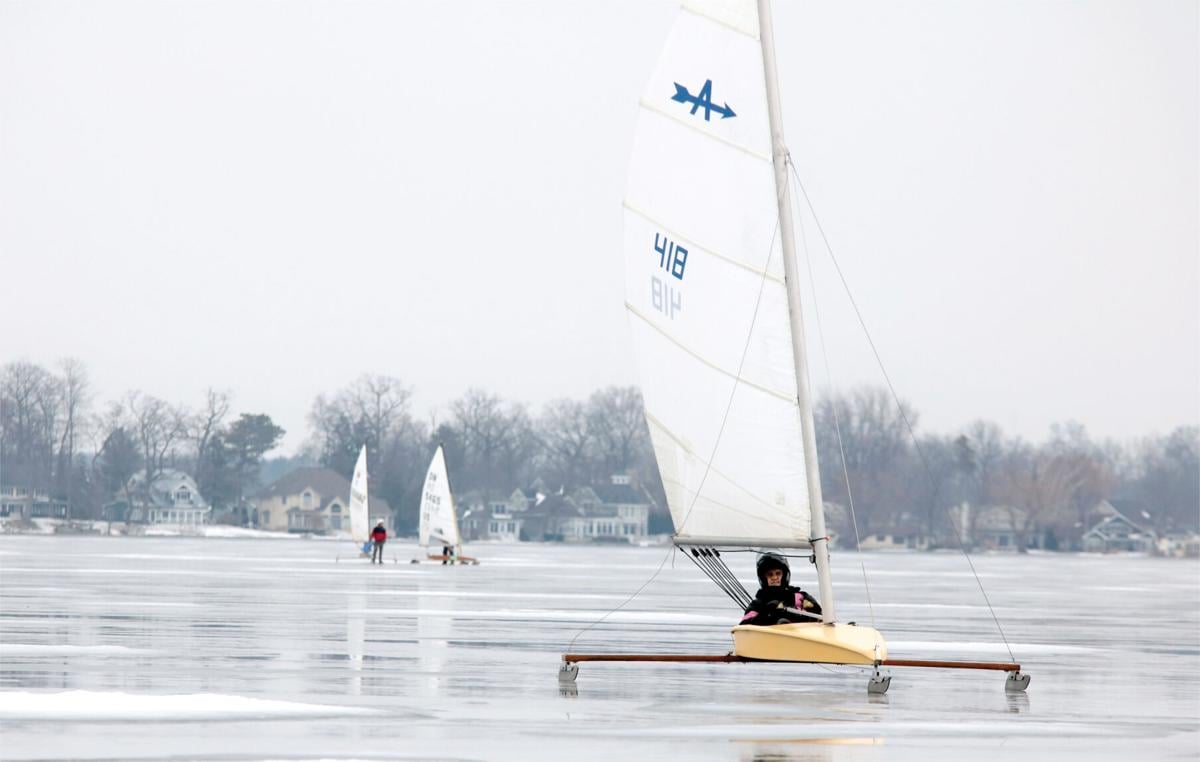 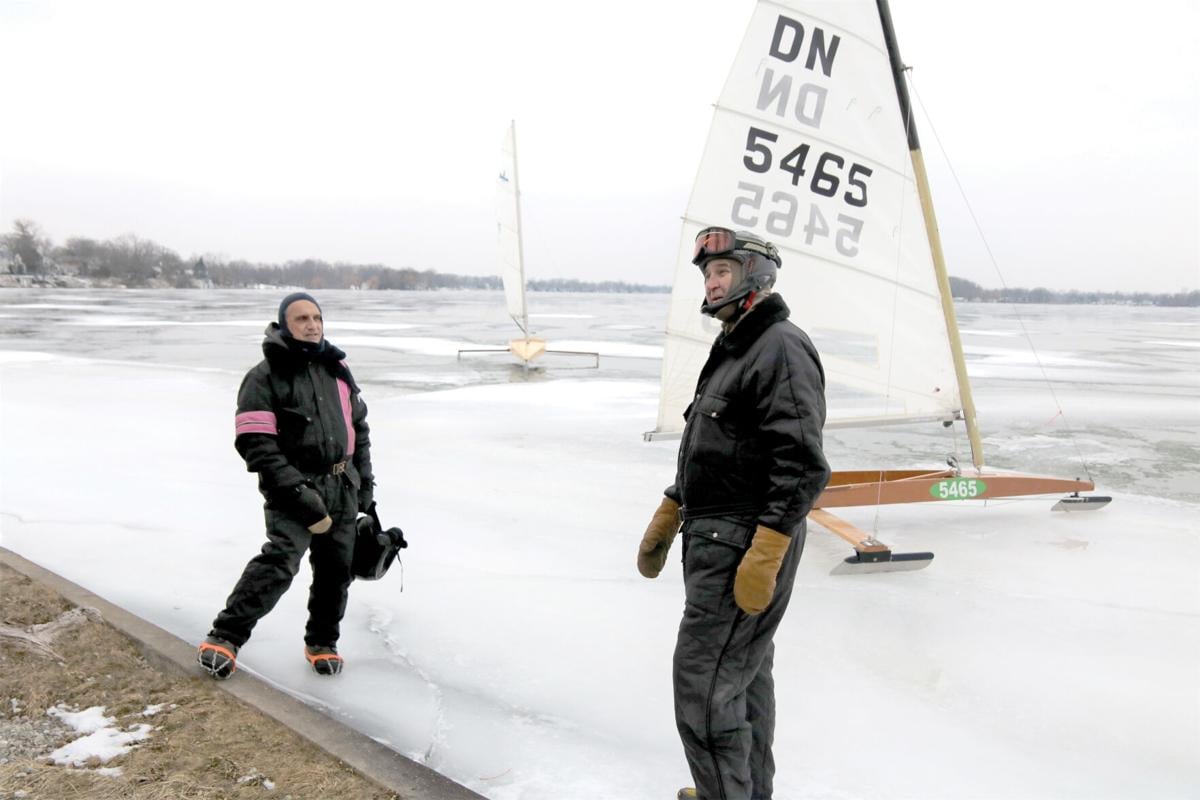 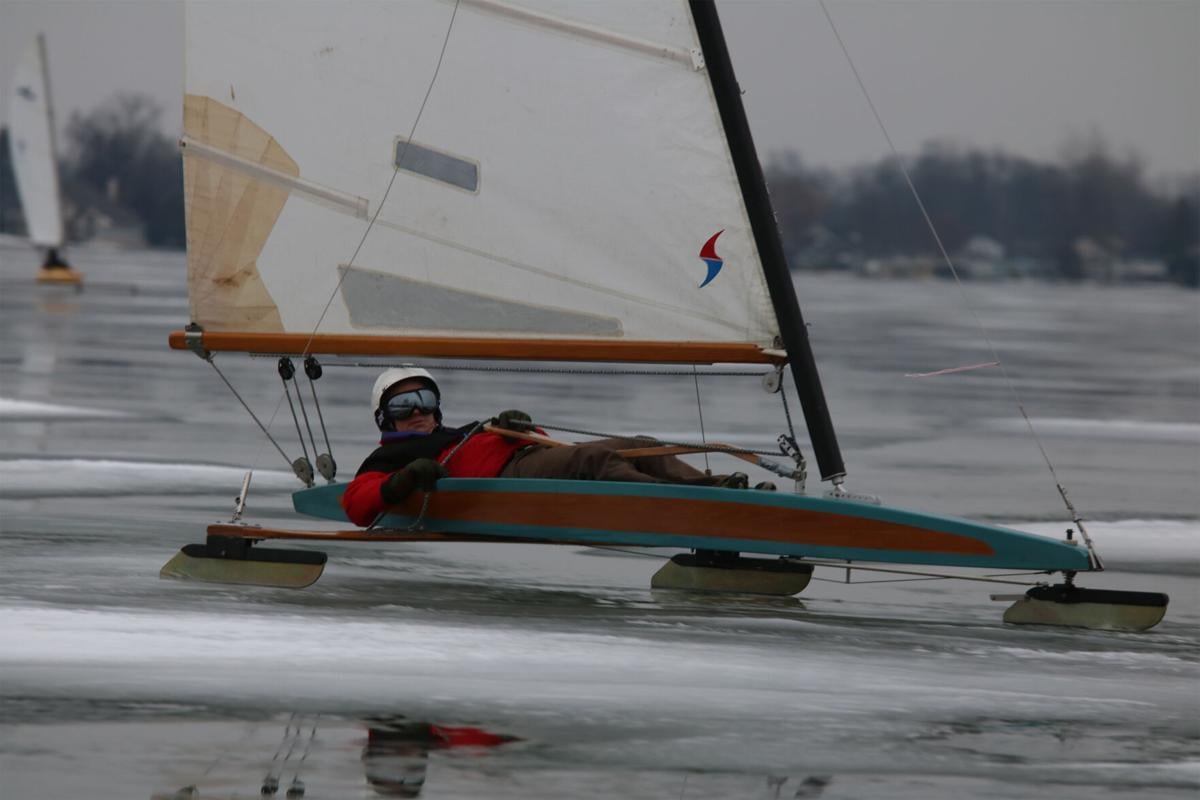 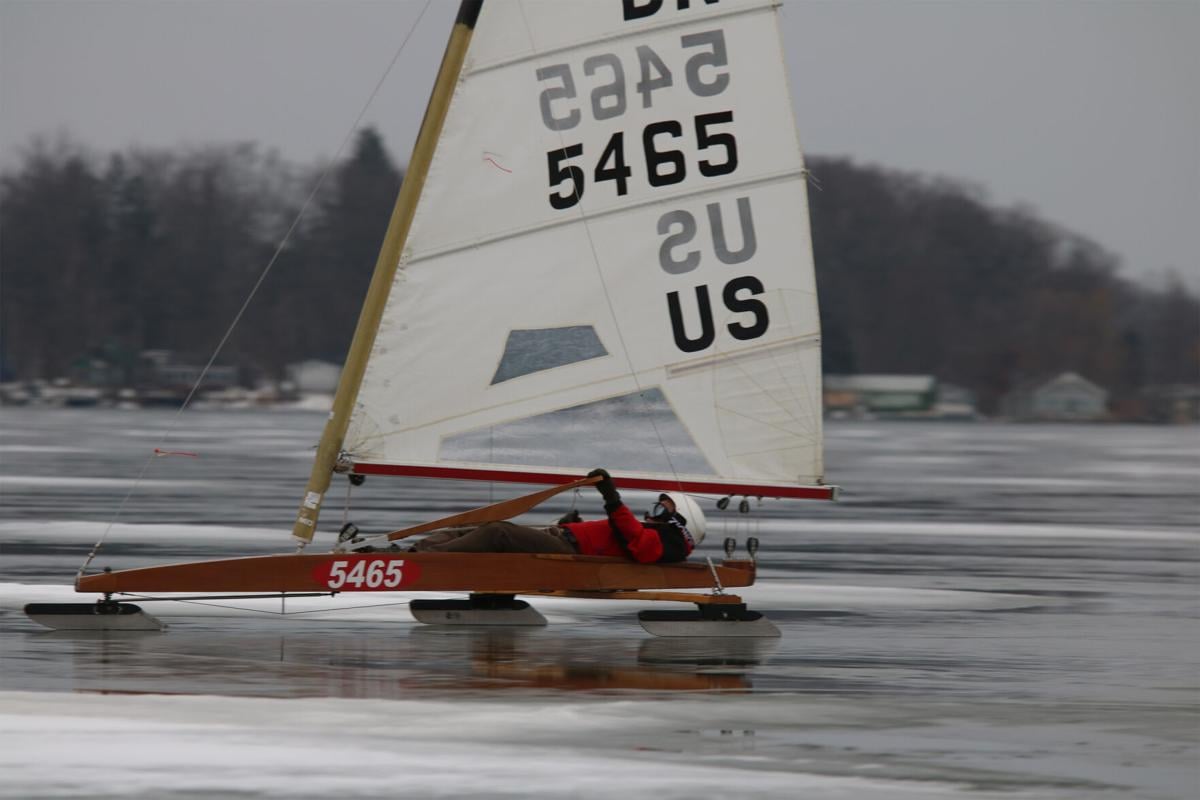 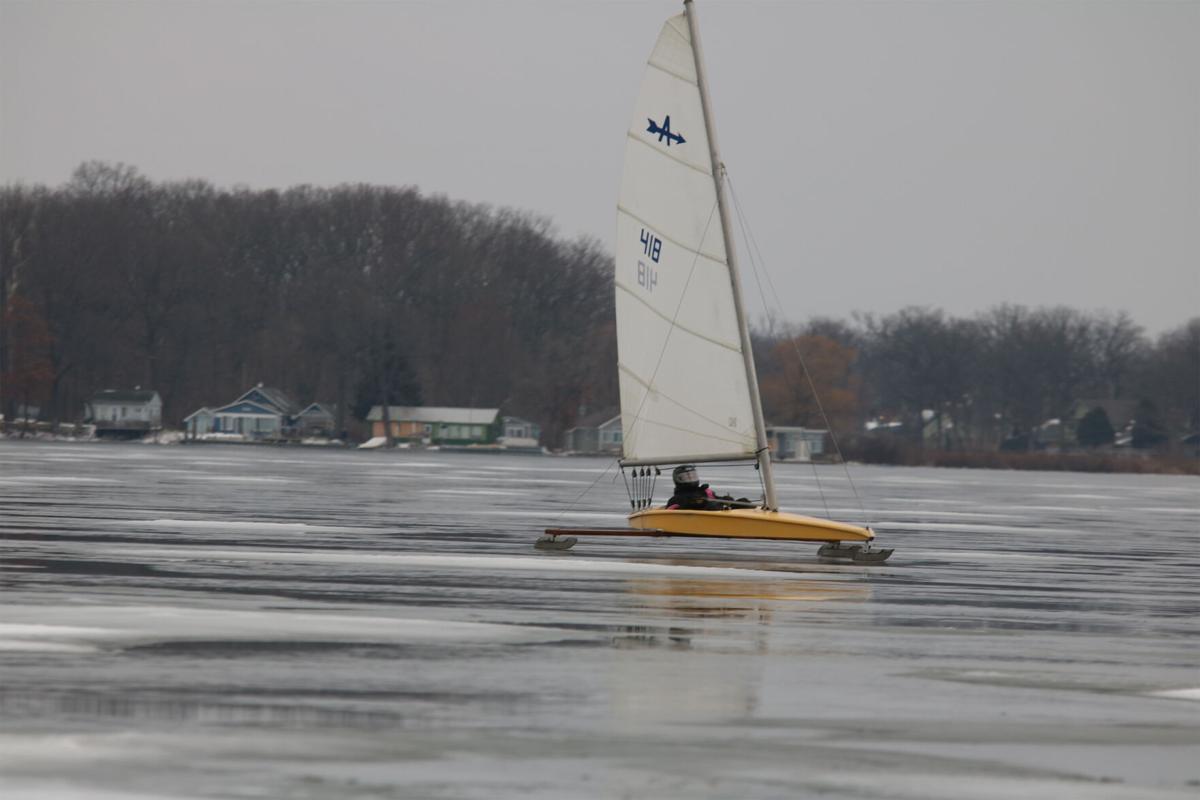 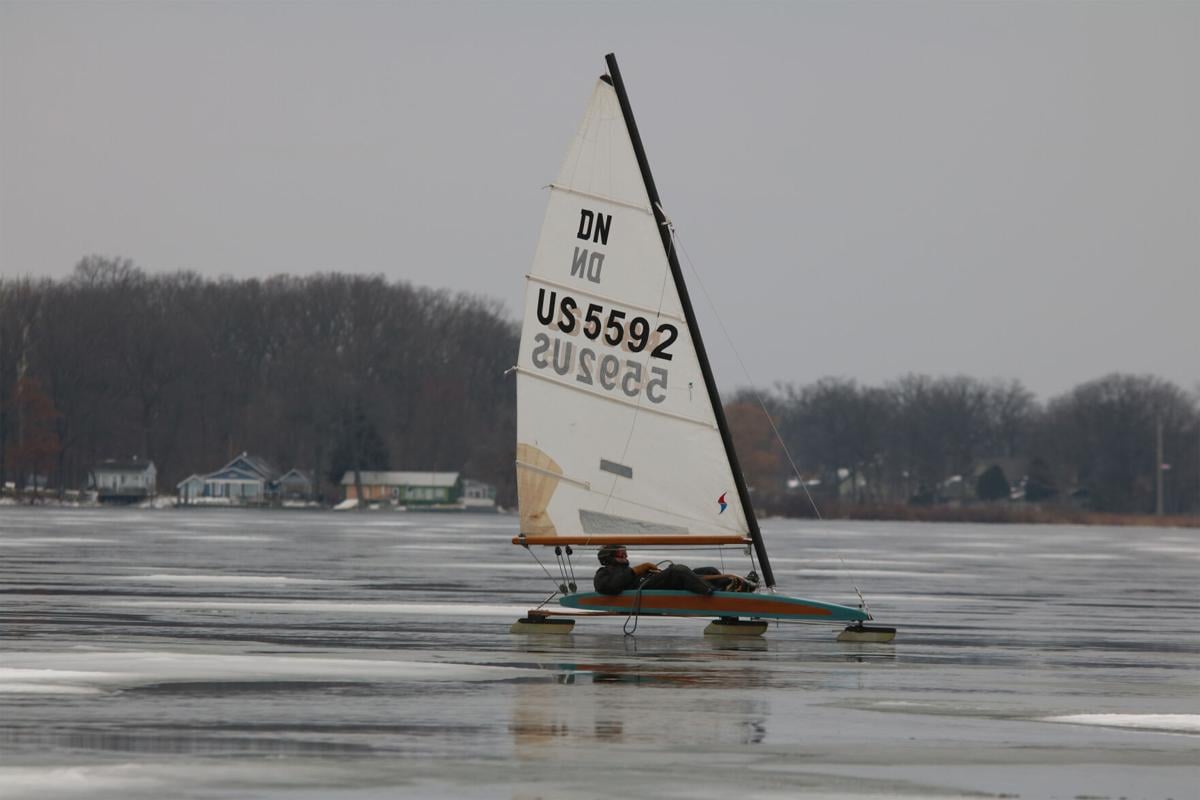 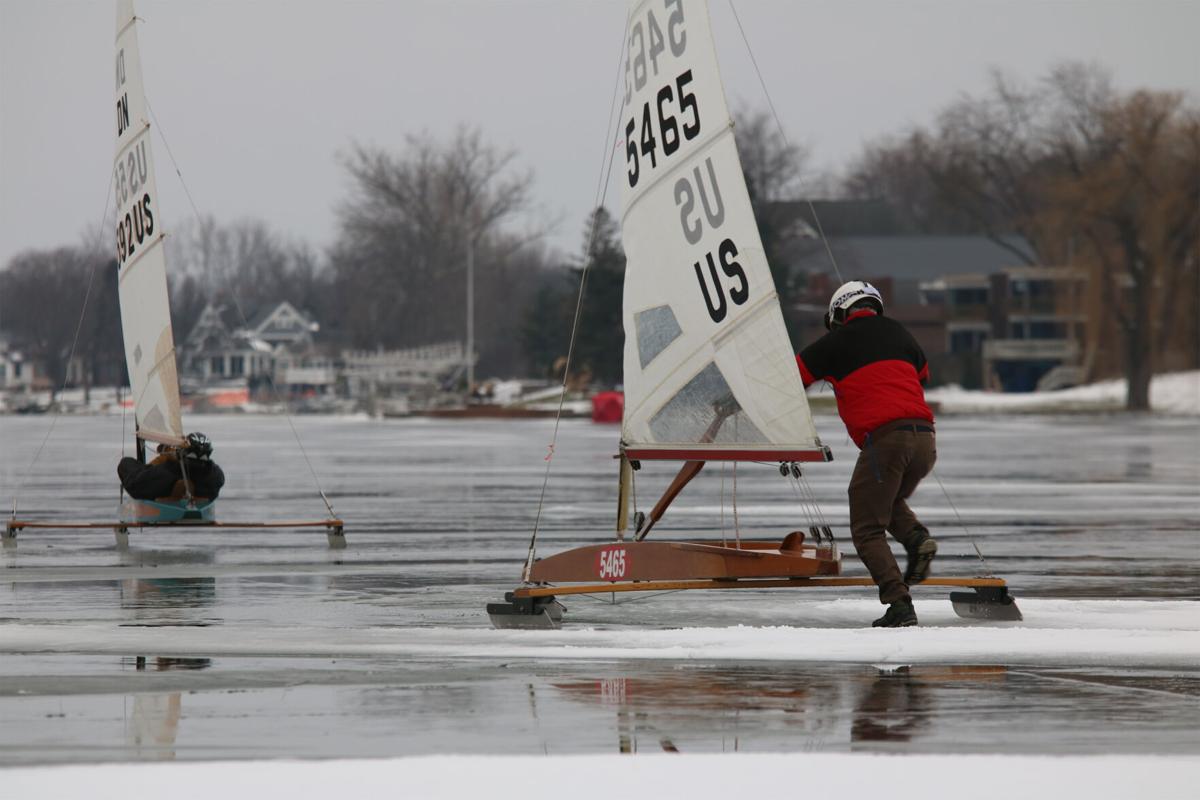 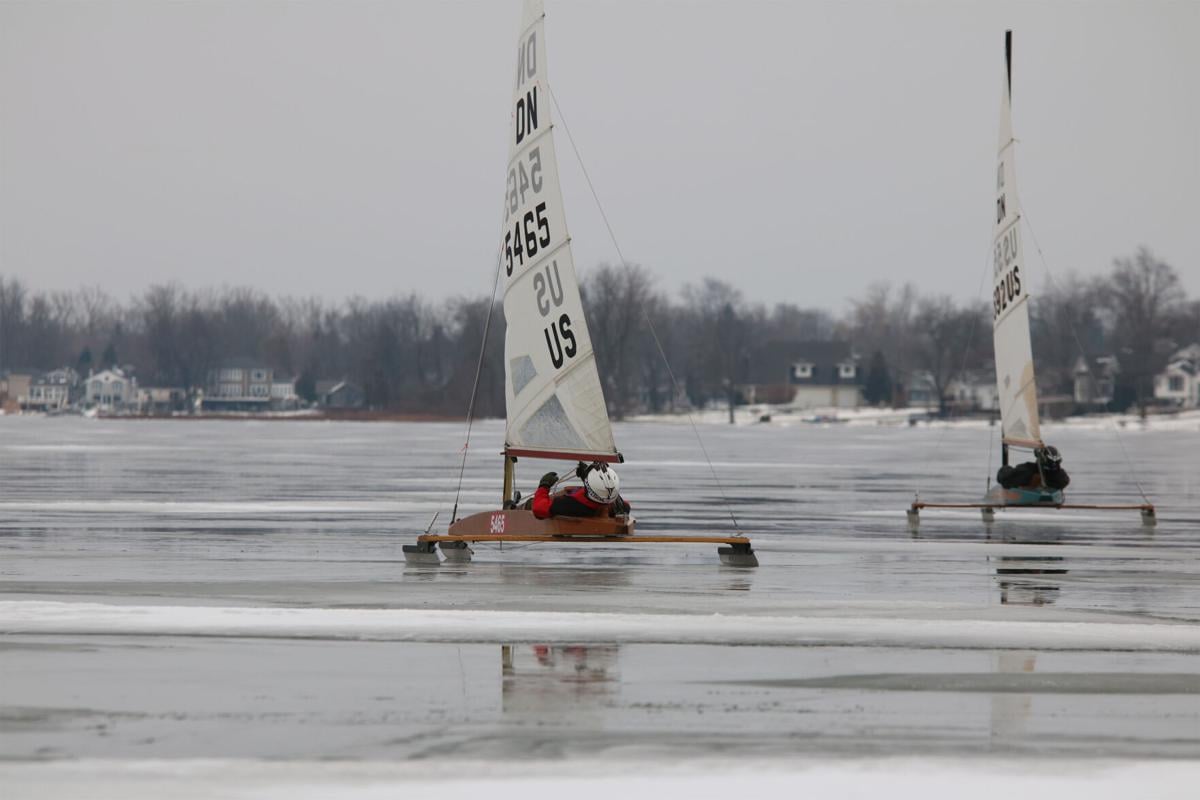 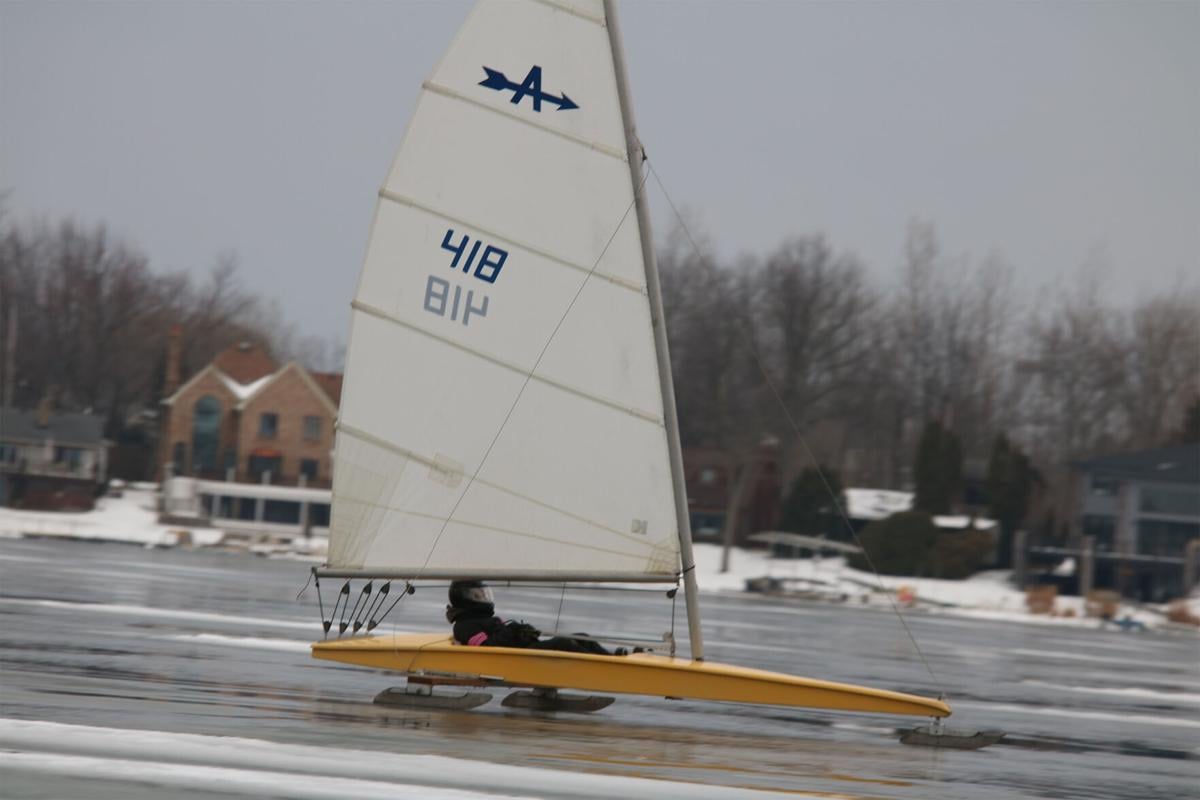 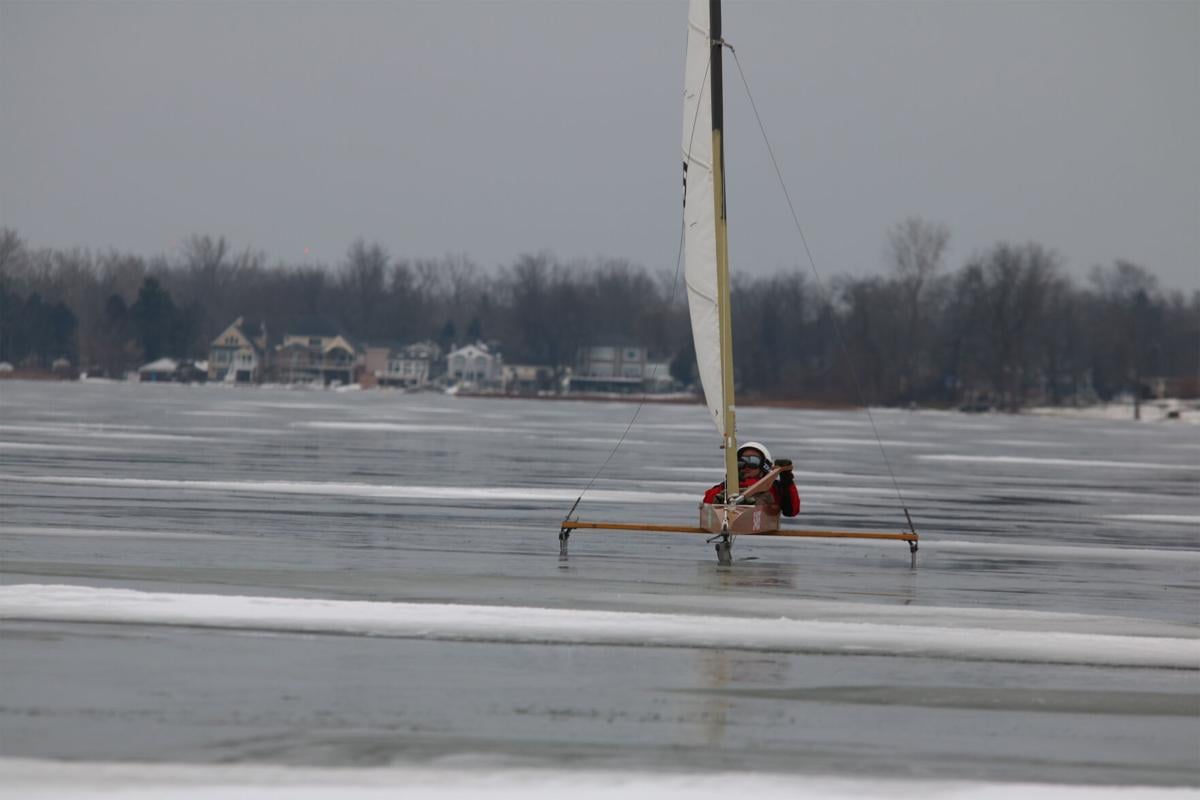 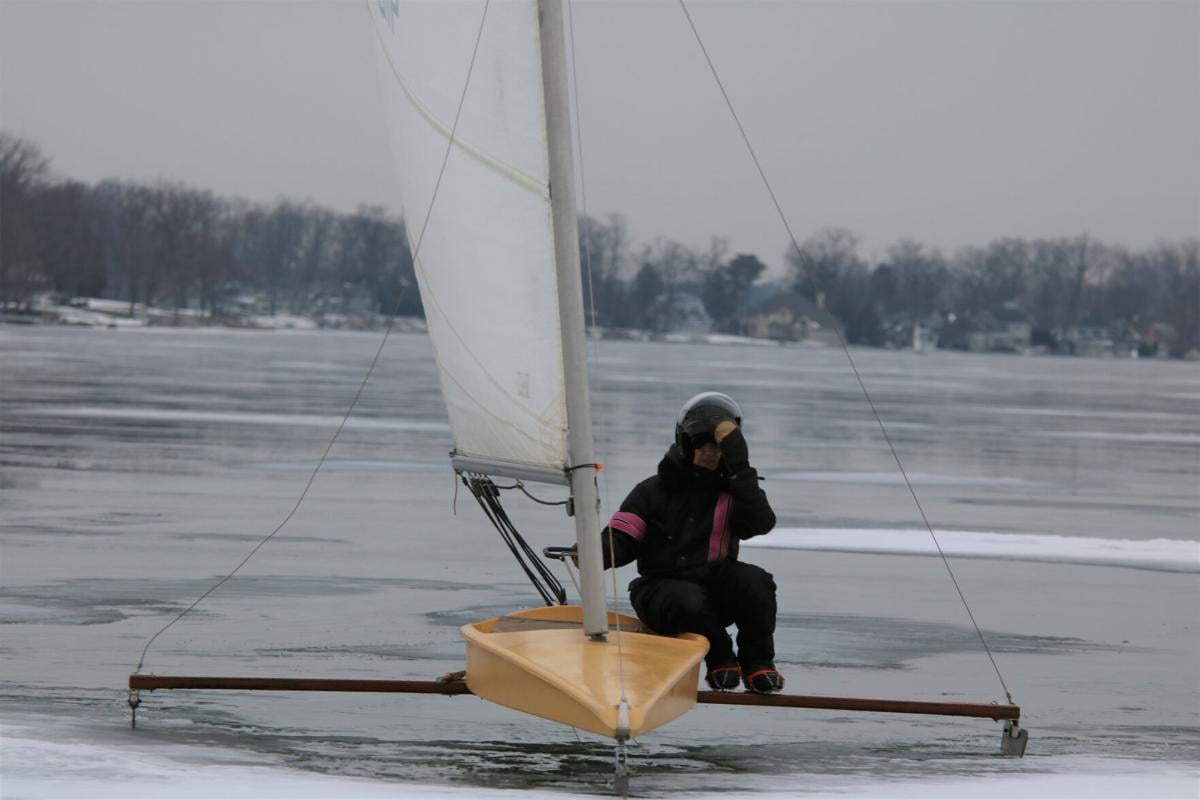 A few members of the Lake Fenton Sailing Club braved the cold weather on Wednesday, Jan. 12 to go iceboating. The sport involves laying in a craft and controlling a sail while gliding over ice on metal runners.

Don Niles, who has sailed in iceboats for fun and in competitions for 13 years, has raced on numerous Michigan lakes, including all five Great Lakes. He said the north shore of Lake Superior was one of the best spots.

“Once you get the bug,” Niles said, it’s hard to stop.

Pavlos Karabinas has enjoyed iceboating for 15 to 16 years. “The first time I sailed an ice boat, it was sailing on steroids. That was my best description. It’s super fast,” he said.

These crafts tend to be oval-shaped for a human to lay down. To initially gain speed, users run along the ice and push the boat before jumping in.

The ice needs to be at least 4 inches to be safe for iceboating. On Wednesday, Lake Fenton had about 6 inches of ice. It wasn’t as windy as Tuesday.

“The window is very narrow for this sport,” Karabinas said. “You’ve got to have good ice to be safe. You only get maybe a couple months around here.”

They often have to travel around the state to find lakes with good iceboating conditions. Staying warm and protecting against the weather is important. That’s why they wear snow suits, helmets, goggles and boots with spikes to not fall on the ice.

The most common class of iceboat is DN crafts. This type of iceboat was the winner of a design contest sponsored by the Detroit News in 1937, according to the International DN Ice Yacht Racing Association.

A good iceboat will reach speeds four to times faster than the wind. Iceboater Greg Bugula said if the wind is 20 mph, they can reach 60. The ice is the most important aspect.

“These boats can easily do 60-80 mph if the ice is good and the conditions are great,” Karabinas said. The fastest he’s sailed is 60 to 62 mph on Lake Fenton. He advises never going past low 60s.

Favorable lake conditions are no snow and smooth ice. However, the faster they go, the harder they are to control. Longer stretches of open lake allow them more space, which is why Lake Fenton is a preferred body of water for the sport.

Many iceboats don’t have breaks, but Karabinas has a break on his boat that digs into the ice. It only slows him down. To fully stop the craft, you have to turn them into the wind.

Despite taking precautions, injuries and incidents can happen. Karabinas once lost his steering cable and crashed into a seawall.

“After you hit a seawall at 30 miles per hour and you have bruised ribs and a bunch of damage, then you put the brake on,” he said.